On January 7, 2020, A Group of Ministers (GoM) chaired by Union Home Minister(HM) Amit Shah has approved the Expressions of Interest (EOI) and Share Purchase Agreement for privatization of Air India, a debt-ridden state-run airline. Both these forms will be released to the bidders for Air India in January 2020 itself. 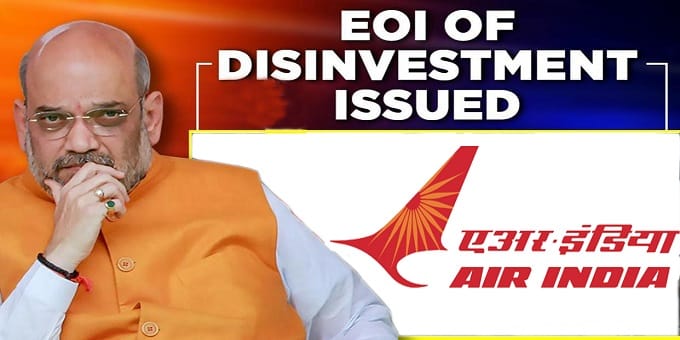 ii.Government to sell 100 % stake: The central government had planned to sell its stake in Air India in 2018, but it could not succeed. In 2019, the Air India Specific Alternative Mechanism (AISAM) once again approved the sale of 100% government stake in Air India along with Air India Express and the carrier’s stake in joint venture AISATS (Air India -SATS (Singapore Airport Terminal Services Private Limited).

iii.Background: Air India is incurring a loss of Rs 20 -26 crore every day.The airline’s debt has increased to about Rs 80,000 crore & its deficit was around Rs 8,556 crore in 2018-19.
The debt burden on Air India has reached such an extent due to its debt management inability. So, the government is working on all methods for its disinvestment & approved to transfer the management control to private players.