The Gold Monetisation Scheme enables individuals (households) and institutions to deposit their gold holdings with the banks by earning interest. The deposit is treated as a term deposit in the form of gold. So one can deposit his gold lying idle in bank lockers by earning interest at the same time.
The scheme allows the depositors of gold to earn interest in their metal accounts and the jewellers to obtain loans in their metal account. 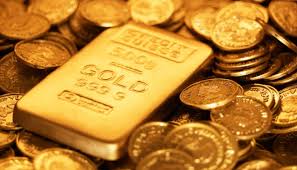 How it generally works?
When a customer brings in gold to the counter of specified agency or bank, the purity of gold is determined and exact quantity of gold is credited in the metal account. The deposited gold will be lent by banks to jewellers at an interest rate little higher than the interest paid to customer, same as money in deposited in accounts and lend.
However at the time of redemption, one will not get the same form of gold deposited because it would be melted.

Benefits of the scheme:

Some facts about the scheme: