In a bid to help temple boards and bulk depositors, Reserve Bank of India has simplified the Gold Monetisation Scheme (GMS). 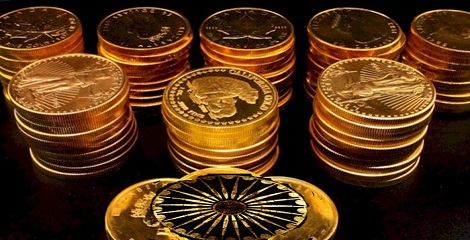 Direct deposit of gold to refiner – As per the GMS, Banks and refiners has to sign an agreement for scheme. So in respect to this agreement, now banks can let the depositors to deposit their gold directly with the refiners and depositor will get a deposit receipts from a refinery.

About Choice of interest or gold during redemption
Short term – The Gold deposits made by depositors as a short-term (1-3) would accrue interest in gold units.

Medium & Long term – In the case of medium (5-7 years) and long-term (12-15 years) gold deposits (MLTGD), principal will be denominated in gold, and the interest will be calculated in rupees with reference to the value of gold at the time of the deposit.

About GMS:
The Gold Monetisation Scheme (GMS) was announced in September 2015 to unlock the gold’s value and to get it circulated in financial investments. It helps in mobilize gold held by households and institutions and facilitate its use in productive purposes.