An effort to find a largest prime numbers dubbed “The Great Internet Mersenne Prime Search (GIMPS)” has become successful after the discovery of 274,207,281-1. It has over 22 million digits, which come under the category of Mersenne Prime Number.

The discovery has been made at the University of Central Missouri by the team headed by Curtis Cooper, which has broken the old record by approximately 5 million digits. 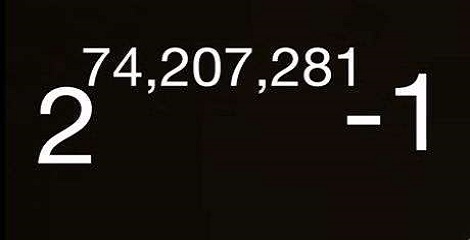 About Dr. Cooper & GIMPS:
Dr. Cooper is a professor at the University of Central Missouri. DR. Cooper and his university held 4 records for project prime.

What is Prime Number?
A prime number is a whole number greater than one that can only be divided by itself and one. For eg: 2, 3, 5, and 7.