Global University Employability Ranking ranks 150 universities and institutions across the world on the parameter to bring out ‘work-ready graduates’.

IISc ranked 29th on Global University Employability Ranking 2017, which marks an improvement of nine places as compared to 38th rank in 2016. 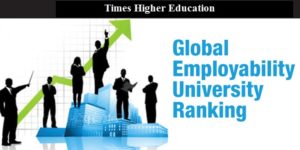