On November 23, 2017, Sub-Committee of the Financial Stability and Development Council (FSDC) reviewed major global and domestic developments which could have a bearing on India’s financial stability. 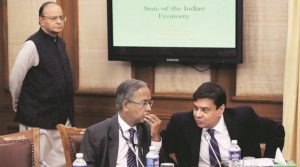 FSDC is an apex-level body setup in 2010 by Government of India as an autonomous non-statutory body.