Eighteenth Meeting of the Financial Stability and Development Council (FSDC) was held in New Delhi on December 29, 2017 under the Chairmanship of the Union Minister of Finance, Arun Jaitley.

The meeting focused on pre-Budget 2018-19 consultations with the heads of financial sector regulators. 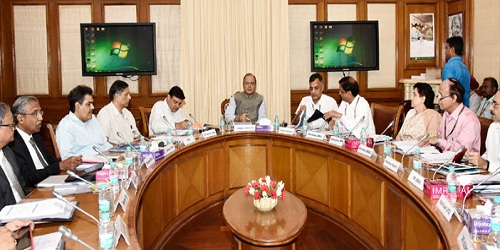 Eighteenth meeting of Financial Stability and Development Council (FSDC) was attended by:

FSDC is an apex-level body setup in 2010 by Government of India as an autonomous non-statutory body. FSDC was formed in the wake of 2008 global financial meltdown and to avoid such situations in future.