In accordance with the United Nations Children’s Fund (UNICEF) report titled “A New Era for Girls: Taking stock on 25 years of progress” in collaboration with UN Women and Plan International, girls still face violence and discrimination even after 25 years of Beijing Declaration and Platform for Action. The Beijing Declaration was aimed at advancing women’s and girls’ rights in the country. 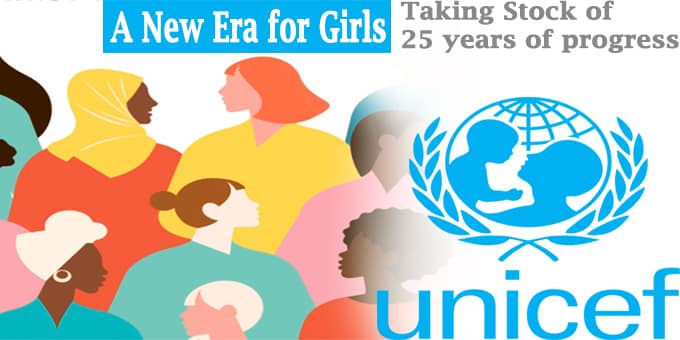 Highlights from the report:

-One in 20 girls between the ages of 15 and 19 reported being raped in her lifetime.

–Suicide is currently the second leading cause of death among adolescent girls.

-Around 970,000 adolescent girls between the ages of 10 and 19 are today living with HIV (human immunodeficiency viruses), accounting for around three-in-four new infections among adolescents worldwide as compared to 740,000 girls in 1995.

-Nearly one in four adolescent girls aged 15–19 years globally are neither in education, employment nor training compared to 1 in 10 boys of the same age.

-Over the past 20 years, progress to reduce anaemia among adolescent girls has been slow. In South Asia one in five girls are moderately or severely underweight.

-Globally, the proportion of girls aged 5–19 years who are overweight has nearly doubled since 1995.