Four leading India-born CEOs have been named in Fortune’s Businessperson of the Year list that is topped by Facebook founder Mark Zuckerberg.

Zuckerberg who topped the list dedicated his success to three pillars of life: his unique ability to look into the future, his otherworldly consistency, and the business discipline he has nurtured in an industry quite often enamored with bright, shiny objects.

Satya Narayana Nadella is an Indian-born American business executive and the current chief executive officer (CEO) of Microsoft. He was appointed as CEO on 4 February 2014, succeeding Steve Ballmer. 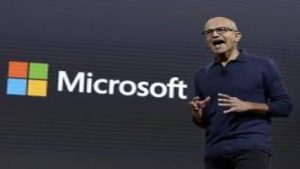 Ajita Rajendra was named Chairman and Chief Executive Officer of A. O. Smith Corporation on April 7, 2014. He is the ninth CEO of the company.

Ajay Banga is president and chief executive officer of Mastercard and a member of its board of directors.