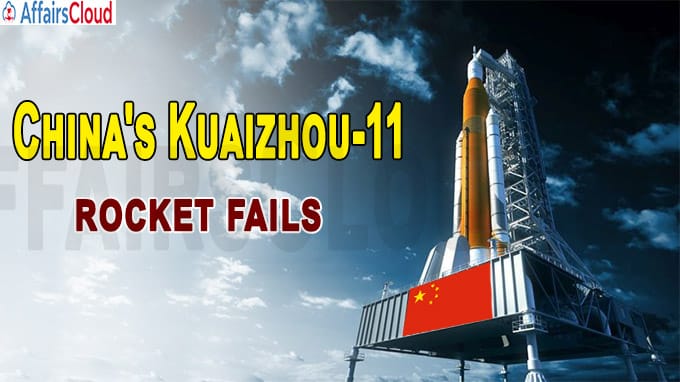 Kuaizhou-11 was the 19th Rocket launched by China in the year 2020 & also the third launch that ended as failure for China in 2020.

ii.It was developed by the China Aerospace Science and Technology Corp.(CASC) and commercialized by the China Space Sanjiang Group Corporation (Expace).

iv.It has a lift-off mass of 70.8 tonnes, the rocket was designed to launch low-Earth and Sun-synchronous orbit satellites.

vii.Reason for failure:The maiden flight failed, when stage three did not ignite.

Note – The launch was earlier planned in the year 2018, but has been delayed till 2020 due to various reasons.

ii.The satellite is designed to provide high-speed communications with a capacity of about 50 gigabytes per second.

iii.It is expected to last about 15 years in space in geostationary orbit, as part of a broadband satellite communications system serving the Asia-Pacific region.