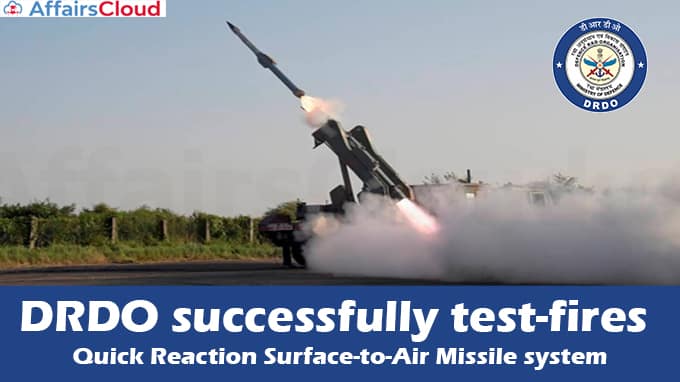 i.QRSAM is set to be inducted into the Indian army by 2021.

QRSAM has been designed to protect moving armoured vehicles from aerial attacks.

ii.It is configured on mobile platforms and is capable of providing air defence on the move.

iii.QRSAM is canisterised for ease of transportation and is launched using a mobile launcher. It is capable of carrying 6 canisterised missiles at a time.

The weapon systems have been manufactured through BEL, BDL, and Larsen & Toubro (L&T).

iii.The radars are capable of 360-degree coverage with “search on move” and “track on move” capabilities.