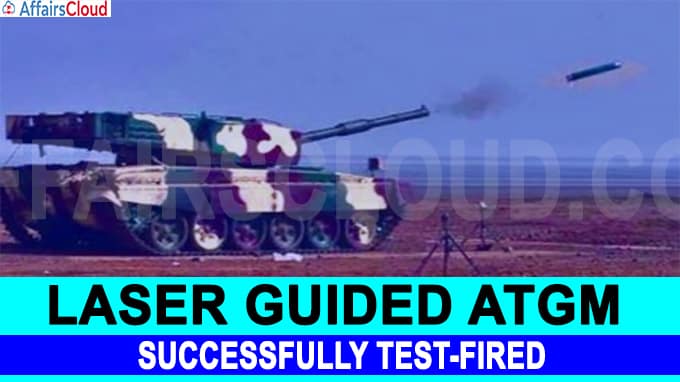 The missile will be designed to destroy modern as well as future enemy battle tanks.

ii.The missile had hit a target of upto 3Km in these tests.

iv.Currently being launched from Arjun Tank Gun, it has been designed so that it can be fired from other platforms too.

v.The ATGM will significantly increase the fire-power capability of Indian Army along the frontiers with Pakistan and China.

i.In a major boost for Make in India, the first ever Pinaka rockets fully manufactured by the private sector company “Economic Explosives Ltd (EEL)” have been successfully test fired by the army at a firing range in Pokhran, Rajasthan.

ii.Defence Research Development Organisation (DRDO) developed “SUMERU-PACS”, a personal air circulation system to provide comfort for the doctors and healthcare workers who wear Personal Protective Equipment(PPE) for more than 6 hours and suffer due to sweating.