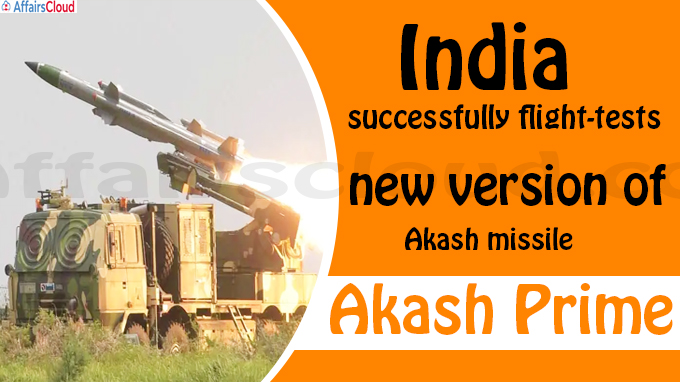 The test was monitored by the range stations of ITR comprising Radars, Electro Optical Tracking System (EOTS) and Telemetry stations.

ii.The ground launcher of the existing Akash weapon was modified for its advanced variant.

It is the cheapest SAM with a range of 27 km ever produced in the world with supersonic interception capability.

ii.The Akash-NG (New Generation) is another variant of the Akash Missile which was successfully flight-tested in the month of July 2021. Click here to read