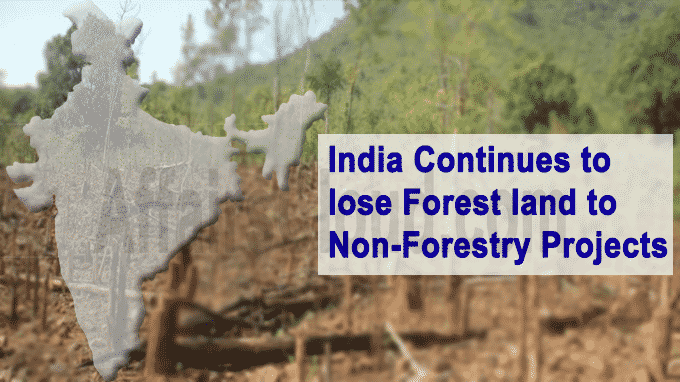 Large areas of forest land are being diverted to other projects throughout India by the Government. A total 11,467.83 hectares (114.68 square kilometre) forest lands were diverted in 22 states between January 1 and November 6, 2019 .

i.According to the Union Ministry of Environment, Forest and Climate change annual report 2019-20 the diversion was for 932 non-forestry projects under the Forest (Conservation )Act (FCA), 1980.

ii.14 projects in Odisha diverted 4,514 hectares (ha) of forest land, which is equal to 1/3rd of the total diverted forest land.

Note: The most number of projects were in Haryana where a total diversion of 519.53 ha for 251 projects.

About Ministry of Environment, Forest and Climate change