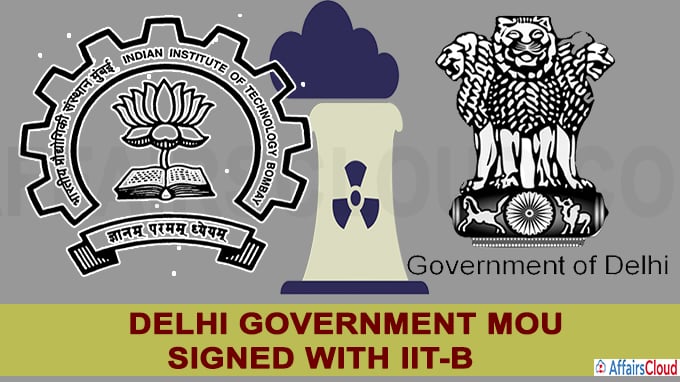 The Delhi government has signed an Memorandum of Understanding(MoU) with Indian Institute of Technology(IIT)-Bombay and Tata Projects Limited to construct a 20 metre high smog tower in Connaught Place, New Delhi following the orders of Supreme Court(SC). As per the MoU smog tower to be completed in 10 months. The project is expected to cost around Rs 19 crore.

Assistance for the Project

i.For this project, IIT-Bombay will be the technical consultant, NBCC (India) Limited (formerly-National Buildings Construction Corporation Limited) will be the project management consultant.

ii.In addition to them, IIT-Delhi will also provide assistance to the project. The University of Minnesota will provide drawings.

Smog Tower is equipped with several air purifiers to clean the air.

A 45×40 metre land has been identified for the construction of the tower by the government and the land preparation has also been done.

Note- The Central government has also signed a similar MoU with IIT-Bombay.

i.The Ministry of Environment, Forests and Climate Change (MoEFCC) has signed a tripartite agreement with IIT-Bombay on July 30, 2020 to set up a Smog tower at Anand Vihar in east Delhi.

ii.The first installment for the project is estimated at Rs 18.58 crore.

i.Delhi Environment Minister Gopal Rai informed that a 17 day campaign ”Podhe Lagao, Paryavaran Bachao” (Plant Trees, Save Environment) will be launched from July 10 to July 26 from the National Highway(NH) 20 near ITO to reduce air pollution.

ii.Delhi Deputy Chief Minister and education minister Manish Sisodia launched an e- portal, ‘Learning through E-Resources Made Accessible for Delhi’(LEAD) for its students to strengthen the children’s online education.