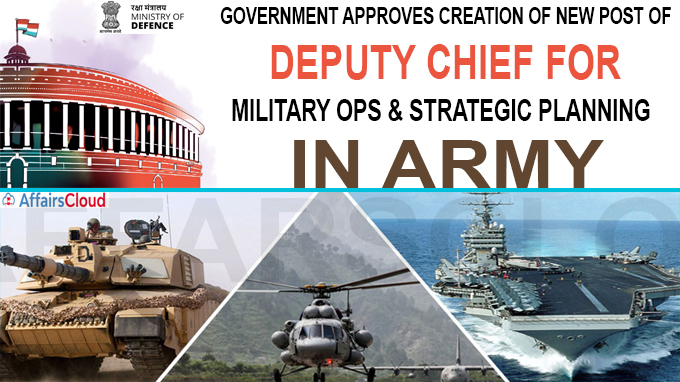 iii.The process for the creation of the post started after the India-China Doklam Crisis in 2017. During the crisis the higher officials felt the need for direct coordination in the Headquarters.

i.The post has been created to cater to the needs of future battlefield, hybrid warfare and social media realities additionally they would deal with media affairs.

i.The recommendation for creation of new posts were made based on results of Four Studies Institutes by Indian Army.

Note: – The Four Studies Are Re-organisation & Rightsizing of Indian Army, Reorganisation of the Army Headquarters, Cadre Review of Officers, Review of Terms of Engagement of Rank and File.