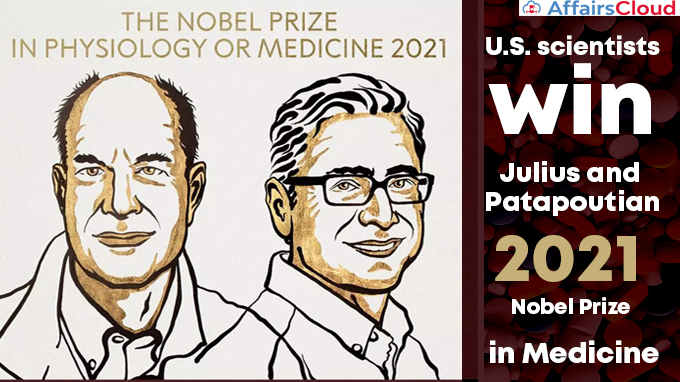 American scientists David Julius and Lebanese-American molecular biologist Ardem Patapoutian won the 2021 Nobel Prize for Physiology or Medicine for their discoveries of receptors for temperature and touch.

i.David Julius is an American physiologist and a professor at the University of California, San Francisco. He is well known for his work on molecular mechanisms of pain sensation and heat.

Ardem Patapoutian is a Lebanese-American molecular biologist and neuroscientist of Armenian descent at Scripps Research in La Jolla, California.

Note – Americans Harvey Alter, Charles Rice and Briton Michael Houghton were the recipients of the 2020 Noble Prize in Medicine for the discovery of Hepatitis C virus which causes cirrhosis and liver cancer.