We are here for you to provide the important Current Affairs September 8 2018 which have unique updates of all daily events from all newspapers such as The Hindu, The Economic Times, PIB, Times of India, India Today, Indian Express, Business Standard, all Government official websites. Our complete current affairs helps you to get more marks in Banking, insurance, UPSC, SSC, CLAT, Railway and all other competitive Exams. 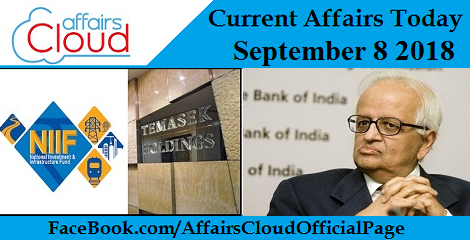 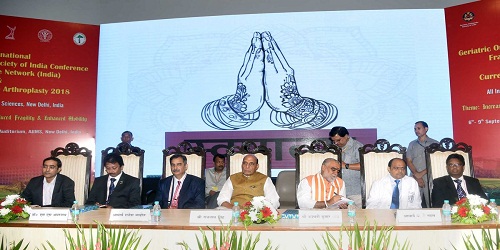 i. The theme of the conference is: “Increased Longevity with Reduced Fragility and Enhanced Mobility”.
ii. This was organized by Geriatric Orthopaedic Society of India.
iii. He acknowledged Ayushman Bharat scheme and announced that the Government will establish around 1,50,000 Wellness Centres and Sub Centres across the country.
iv. He emphasized that health facilities for elderly population be increased as their population is expected to be 30 crore by 2050.

‘Bharat Ke Veer’ initiative gets ‘trust’ status; exempted from Income Tax
On September 8, 2018, Home Minister Rajnath Singh announced that all contributions to home ministry’s ‘Bharat Ke Veer’ fund have been exempted from the income tax under 80(G) .
i. It has been formalised into a registered trust.
About Bharat Ke Veer initiative:
i. It is a trust fund where people can aids families of paramilitary personnel who died fighting extremists.
ii. It was formed with film star Akshay Kumar and former national Badminton champion Pullela Gopichand in April 2017.
iii. It has been formed with seven trustees headed by the Union Home Secretary Rajiv Gauba. Objective:
Aim to enhance inter-operability between the two forces.
Key Points:
i. Around 400 soldiers from each side are expected to participate in the exercise.
ii. This happened after the agreement of ‘The Communications Compatibility and Security Agreement (COMCASA)’ was signed between the two countries. 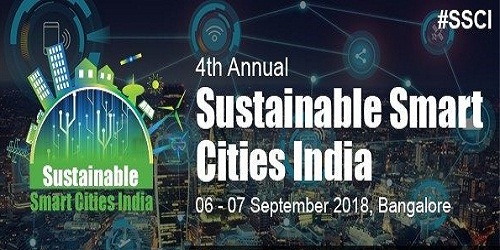 iv. Over 200 participants from key stakeholders, central and state government officials and decision makers from across diverse sectors participated.
v. It also featured smart city technology and solution providers like Tata Communications, Philips etc.
About Nispana Innovative Platforms Pvt. Ltd:
Headquarters: Bengaluru.
Smart City Mission:
i. It is the mission to develop 100 cities across the country making them citizen friendly and sustainable.
ii. Union Ministry of Urban Development is responsible for implementing the mission.
iii. It is a five-year program, where all of the Indian states and Union territories nominate at least one city for the Smart Cities challenge which will be given financial aid by the central and state governments between 2017-2022 and the mission will start showing results from 2022 onwards.

SDSAP: Data sharing and accessibility portal launched in Sikkim by CM
On September 8, 2018, Chief Minister Pawan Kumar Chamling launched the first data sharing and accessibility portal of Sikkim: State Data Sharing and Accessibility Platform (SDSAP).
i. This is a single platform where all the important statistics of the state and departments converges.
ii. Here, the state Information Technology Department would upload data in the portals twice a year – in April-May and September-October.
iii. Apart from this,  the State Direct Benefit Transfer portal was also launched.
iv. These two portals will be helpful in increasing transparency in the functioning of the government.

ii. This bill amends the provisions of the Section 19 of the Rajasthan Panchayati Raj Act, 1994.

India to participate in Programme for International Student Assessment (PISA) test after 9 year Boycott
India has decided to participate in the Programme for International Student Assessment (PISA), after a gap of 9 years.
Key Points:
i. PISA is conducted by the Organisation for Economic Cooperation Development (OECD) once in every 3 years. It tests the learning level of 15-year old students.
ii. India had participated in PISA in 2009 and secured 72nd rank among 74 participating countries.
iii. After that low performance, Indian government had boycotted PISA citing that, it contained out of context questions.
iv. Now, India is applying for PISA 2021 test with Kendriya Vidyalayas, Navodaya Vidyalayas, and all private and government schools, in Chandigarh.
About Organisation for Economic Cooperation Development (OECD):
♦ Objective – to promote policies that will improve the economic and social well-being of people throughout the world
♦ Secretary-General – Angel Gurría
♦ Headquarters – Paris, France

‘Source India’ at 87th Izmir International tradeshow in Turkey
India launched a mega business pavilion named ‘Source India’ in the 87th Izmir International tradeshow which is held from 7th to 11th September, 2018, in Izmir, Turkey.
Source India:
i. India is the Partner Country in the 87th Izmir International tradeshow. Source India aims for tie-ups to increase India’s exports to Turkey and other neighbouring countries.
ii. Source India hosts 75 Indian companies. It is a multi-product pavilion. Major potential areas for increasing trade with Turkey are ceramics, cereals and machinery or mechanical appliances.
iii. This is part of a series of Source India pavilions hosted by Trade Promotion Council of India (TPCI) in important tradeshows in various countries to increase India’s exports.
About Trade Promotion Council of India (TPCI):
♦ Type – trade and investment promotion organization
♦ Purpose – works to open new areas for co-operation in trade and investment between India and rest of the world
♦ Functions under – Department of Commerce, Ministry of Commerce & Industry

Government doubles monetary limit for filing cases in DRT to 20 lakh rupees
On 6th September 2018, government doubled the monetary limit from Rs 10 lakh to Rs 20 lakh for filing loan recovery application in the Debt Recovery Tribunals (DRT) by banks and financial institutions.
Key Points:
i. Banks and financial institutions’ recovery of dues are done through legal mechanisms, like Securitization and Reconstruction of Financial Assets and Enforcement of Security Interest (SARFAESI) Act, Recovery of Debts to Banks and Financial Institution (DRT) Act and Lok Adalats.
ii. Now, any bank or financial institution or a consortium of banks or financial institutions cannot approach DRTs if the amount due is less than Rs 20 lakh.
iii. Finance Ministry has stated that this move has been made to reduce pendency of cases in DRTs. There are 39 DRTs in India.
About Ministry of Finance:
♦ Union Finance Minister – Arun Jaitley
♦ Ministers of State for Finance – Shiv Pratap Shukla, Pon Radhakrishnan 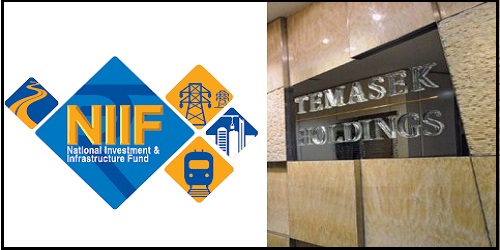 Key Points:
i. As part of the agreement, Temasek will join the Government of India, Abu Dhabi Investment Authority (ADIA), HDFC Group, ICICI Bank, Kotak Mahindra Life Insurance and Axis Bank as an investor in NIIF’s Master Fund.
ii. It will also be a shareholder in National Investment and Infrastructure Limited, NIIF’s investment management company.
iii. With this investment, NIIF Master Fund has become one of the largest infrastructure funds in India.
iv. It invests in core infrastructure sectors in India like transportation, energy and urban infrastructure.
About National Investment and Infrastructure Fund Limited (NIIFL):
♦ MD & CEO – Sujoy Bose
♦ Headquarters – Mumbai
♦ Type – an investor-owned fund manager, backed by Indian Government in collaboration with leading global and domestic institutional investors 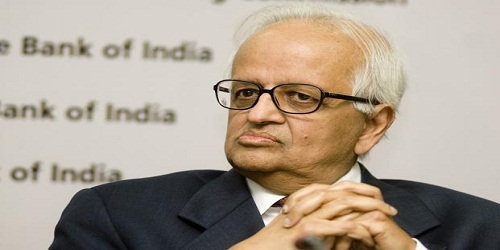 i. Other members: secretary of the department of personnel and training C Chandramouli and economic affairs secretary Subhash Chandra Garg.
ii. The final approval will be given by the Appointments Committee of Cabinet headed by Prime Minister Narendra Modi.
iii. The government is seeking applications for the post after previous CEA Arvind Subramanian resigned from office.
Background:
Former CEA Arvind Subramanian resigned from his post before his tenure ended in May 2019. He joined as a visiting professor at Harvard University.
Ministry of Finance:
♦ Union Minister: Shri Arun Jaitley.
♦ Minister of State: P Radhakrishnan, Shiv Pratap Shukla.

China launched new marine satellite HY-1C on Long March-2C rocket for surveying climate change
On September 8, 2018, China successfully launched a new marine satellite called HY-1C aboard a Long March-2C rocket from the Taiyuan Satellite Launch Centre in north China’s Shanxi Province.
Objective:
To better monitor its maritime waters and study the impact of climate change.
Key Points:
i. The satellite was developed by the China Spacesat Co., Ltd. under the China Academy of Space Technology.
ii. It has a design life of five years and can detect chlorophyll and suspended sediment concentrations and dissolved organic matter.
iii. It will be used to: 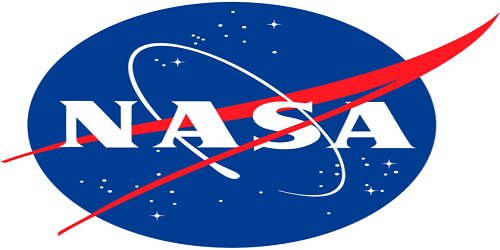 i. It is the first instrument built specially to image high-energy X-rays from the Sun
ii. It will capture nanoflares — miniature explosions invisible to the naked eye.
iii. It will travel 190 miles up in a 15-minute journey, above the shield of Earth’s atmosphere, to view the sun.
Background:
The first FOXSI flight was in 2012, during which it successfully viewed a small solar flare in progress, and its second in 2014, when it detected the best evidence at the time of X-ray emission from nanoflares. i. The Book is: ‘Constitutionalizing India: an Ideational Project’.
ii. It has been authored by Shri Bidyut Chakrabarty. 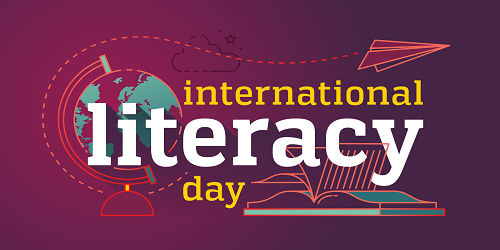 i. This year’s International Literacy Day theme is “literacy and skill development.”
ii. It was declared by UNESCO on 26 October 1966 at 14th session of UNESCO’s General conference.
iii. It was celebrated for the first time in 1967.
iv. It highlights the importance of literacy or the ability to read and write for individuals, communities and societies.
UNESCO:
♦ Headquarters: Paris, France.
♦ Head: Audrey Azoulay.