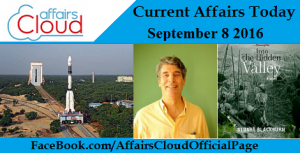 President Pranab Mukherjee gives nod to Constitution Amendment Bill on GST
i. Indian President Pranab Mukherjee gave his assent to the GST constitution amendment bill that enables the implementation of this indirect tax reform and the government has managed to close out processes within deadlines, raising expectations that GST will be rolled out on 1 April next year.
ii. The Bill was sent to the President’s Secretariat after as many as 19 States ratified it. The States that have passed legislation are Assam, Bihar, Jharkhand, Chhattisgarh, Himachal Pradesh, Gujarat, Madhya Pradesh, Delhi, Nagaland, Maharashtra, Haryana, Sikkim, Mizoram, Telangana, Goa, Odisha, Rajasthan, Arunachal Pradesh and Andhra Pradesh.
iii. The enactment of the bill sets the stage for setting up of the all-powerful GST council—a representative body comprising state finance ministers and the Union finance minister—which will finalize the design of GST.
iv. The council will decide on contentious issues such as the tax rates and sharing of administrative control between the centre and the states, as well as the revenue threshold for traders below which they will be exempt from GST.

Railways to implement Flexi Fare system in Rajdhani, Shatabdi & Duronto trains
i. The Base Fare for Rajdhani, Duronto and Shatabdi class of trains will be on flexi fare system. Under the new ‘flexi fare system’, usually which is followed by airlines, the base fare of tickets will increase with the rising demand. The new fare structure will, however, not be applicable to 1 AC and executive class coaches.
ii. While the first 10 per cent of the seats will be sold at the normal fare, the base fare will increase by 10 per cent with every 10 per cent of berths sold.
iii. Once half the tickets are sold, the rest will be sold at 1.5 times higher base fares for 2S, sleeper and 2AC coaches, and 1.4 times higher for 3AC coaches.

Navjot Singh Sidhu officialy launched his new party, Awaaz-e-Punjab
i. Cricketer-turned-politician Navjot Singh Sidhu formally launched his new political front ‘Awaaz-e-Punjab’in Chandigarh.
ii. Mr. Sidhu, who resigned as Rajya Sabha MP in July this year following differences with the BJP validated that the party conveniently set him aside after forming the government for which he had rigorously campaigned.

iii. Hitting out at the Aam Aadmi Party (AAP), Mr. Sidhu blamed the AAP was no different as it also wanted to make him a decoration piece.
iv. Sidhu’s attack on the AAP comes when the rookie party is in a crisis after the sacking of its state convener Sucha Singh Chhotepur and Kejriwal is in the state for four days to set the house in order.
v. Flanked by Olympian and rebel Akali legislator Pargat Singh and independent MLAs Bains brothers — Simarjit and Balwinder — Sidhu reiterated that they were creating a new political body for the coming assembly elections.
vi. Giving the slogan ‘Punjab will win’, Sidhu declared Awaaz-e-Punjab stands for the resurrection, redemption and revival of the state. They call upon all good people sidelined by the system to join us. It takes only 10-15 selfless leaders to set an example.

Finance Minister Arun Jaitley Announces Special Package For Andhra Pradesh
i. The Central government agreed to provide special assistance for five years along with full funding of the Pollavaram irrigation project and tax concessions to Andhra Pradesh announced by Finance Minister Arun Jaitely
ii. The package revolves around various sections in the A.P. Reorganisation Act, the 14th Finance Commission report recommendations, oral commitment made by the then Prime Minister in February 2014 and the recommendations made by the Niti Ayog in 2015.
iii. 14th Finance Commission has raised states’ share of central taxes from 32 per cent to 42 per cent said by Arun Jaitley.

First Phase of ESIC’S Pilot Project of Telemedicine Services inaugurated
i. The Minister of State for Labour and Employment, Shri Bandaru Dattatreya inaugurated the first phase of Tele-medicine services of Employees State Insurance Corporation (ESIC) for providing specialist medical services at a distance to insured workers.
ii. With this service ESIC’s Model Hospital Basaidarapur has been connected with three ESIS dispensaries at Katihar (Bihar), Unnao (UP) and Rudarpur (Uttrachal).
iii. ESIC has launched this ambitious Pilot Project of Tele-Medicine Services at 11 ESI locations in coordination with C-DAC, Mohali under the aegis of “Digital Inclusive and Smart Community (DISC)” which is a part of Digital India Programmed of GOI.
iv. Three specialized ESIC Hospitals will be connected with eight ESI Dispensaries at remote locations of the country where there are no specialized ESI healthcare services available.
v. One hospital and three dispensaries have been connected in the first phase. In second and third phase rest of the two Hospitals and five Dispensaries will be connected by the end of this month. 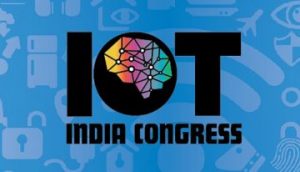 i. The IoT India Congress 2016 is India’s first completely integrated IoT platform that aims to bring together the key stakeholders across the value chain and verticals to collaborate, ideate and share a common road map for IoT implementation.
ii. The congress focuses to bring the IoT practitioners (hardware – devices, portables, sensors, software, business) and IoT enablers (regulatory, training, investors in IoT, end users) to work together and create a platform that is industry efficient.
iii. It will provide a channel for the corporates to work together and lead India towards being a digitally empowered economy.

Nagaland Chief Minister T R Zeliang receives ‘Pangkor Dialogue Award 2016’ in Malaysia
i. Nagaland Chief Minister T R Zeliang has received ‘Pangkor Dialogue Award 2016‘ in Malaysia for the efforts made by the people of the state for environmental preservation and promotion.
ii. He was awarded by the organisers- Institute Darul Rudzuan and Malaysian government.
iii. He appealed to the people of Nagaland to continue environmental preservation and development.
iv. Mr.Zeliang told that the people of Naga should cooperate with the government to undertake mass tree plantation every year and preservenatural flora and fauna.

i. Stuart Blackburn’s novel “Into the Hidden Valley” wins the MM Bennetts Award for Historical Fiction 2016 in the UK.The award was presented at the HNS Conference in Oxford.
ii. The book was  published by Speaking Tiger.’ Into the Hidden Valley’ tells the story of the Apatani tribe of Arunachal Pradesh during British India.
MM Bennetts Award :
♦ The award is named in memory of writer-historian Bennetts who was a specialist in early 19th century British history and the Napoleonic wars.

Shri J Satyanarayana appointed as part-time Chairman of UIDAI
i. Honourable Minister for Information Technology, Shri Ravi Shankar Prasad administered the oath of Office and Secrecy to Shri J Satyanarayana, IAS retd. (1977, AP cadre) who has been appointed part-time Chairman of the Unique Identification Authority of India (UIDAI).
ii. The minister also administered the oath to Shri Rajesh Jain and Dr. Anand Deshpande who have been appointed as part-time members of UIDAI.
UIDAI :
♦ The Unique Identification Authority of India (UIDAI) is a central government agency of India.
♦ It is considered the world’s largest national identification number project 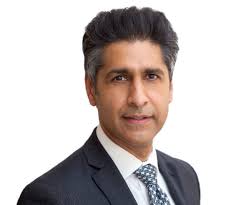 i. President Barack Obama nominated Mr. Abid Qureshi for the United States District Court for the District of Columbia, continuing with his efforts to diversify the ethnic composition of the country’s judiciary.
ii. Now if the Senate confirms his confirmation, Pakistan-born Qureshi would be the first Muslim to be a federal judge of the U.S.
iii. It is unlikely that the Republican-controlled Senate will schedule the confirmation process of the Pakistan-born Abid Qureshi.
iv. The Republicans have refused to consider Mr. Obama’s judicial nominees for several months now, including one to the Supreme Court.

Asnani takes charge as UCIL Chairman
i. C.K. Asnani, a chemical engineer from Osmania University, has taken charge as Chairman and Managing Director of Uranium Corporation of India Limited (UCIL), an undertaking of the Department of Atomic Energy.
ii. Mr. Asnani was earlier associated with Nuclear Fuel Complex, Hyderabad and was the Director (Technical) of Indian Rare Earths Limited, Mumbai
About UCIL :
♦ Founded in 1967
♦ The firm operates mines at Jadugora, Bhatin, Narwapahar, Turamdih and Banduhurang

First LIGO lab outside US to come up in Maharashtra’s Hingoli
i. The Laser Interferometer Gravitational-wave Observatory (LIGO) Lab that was given the in-principle approval by the Union Cabinet to come up in Maharashtra’s Hingoli district.
ii. It would be third one in the world and the first one outside the United States.
iii. The other two laboratories are located in Hanford, Washington, and in Livingston, Louisiana.
iv. The agreement to set up the LIGO lab was signed between the scientists from the US’ National Science Foundation (NSF) and theIndia’s DAE & DST.
v. The Union Cabinet chaired by the Prime Minister Narendra Modi had given in-principle approval to the LIGO-India mega science proposal for research on gravitational waves on February of this year.
vi. The total worth of the project is 1200-1300 Crore.

Mysterious Jurassic sea monster unveiled in Scotland
i. Scottish university has unveiled the fossil of a mysterious Jurassic sea monster, half a century after it was discovered
ii. The skeleton of the creature was found on the Isle of Skye in 1966 and has been dubbed the Storr Lochs Monster.
iii. According to the scientists at the University of Edinburgh the fierce “dolphin-like” predator lived around 170 million years ago.
iv. The four metre-long creature had a long and pointed head filled with hundreds of cone shaped teeth which it likely used to feast on fish and squid.

M&M gifts off-roader vehicles to Rio heroes Sindhu, Sakshi
i. Mahindra and Mahindra honoured India’s Rio Olympics women medallists, shuttler P V Sindhu and wrestler Sakshi Malik by gifting them its true blue 4X4 off-roader, the ‘Thar’.
ii. Sindhu, who won the silver medal in badminton women’s singles, and Sakshi, who bagged the bronze in 58kg weight class, received the honour for their performances at the just concluded Games.
iii. Executive Director, M&M, Mr.Pawan Goenka, handed over the keys of the ‘Mahindra Thar’ to the two sports persons at a felicitation ceremony held at the company’s manufacturing plant in Kandivali.

US swimmer Ryan Lochte banned for 10 months by USOC 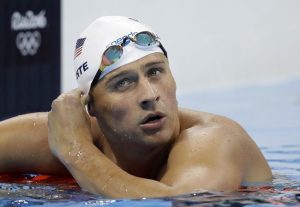 i. Swimmer Ryan Lochte(32) from USA  has been banned for 10-month following his bogus gunpoint robbery story during a drunken night out at the Rio Olympics.It was officially announced by United States Olympic Committee (USOC).
ii. Three other swimmers also involved in the escapade were suspended for varying periods up to four months.
iii. 12-time Olympic medallist Lochte  won gold in the 4×200 metres freestyle relay in Rio. He can’t attend next year’s World Championships in Budapest.

50th World Literacy Day 2016 – September 8 2016
i. 2016 marks the 50th anniversary of International Literacy Day and UNESCO is celebrating it under the banner “Reading the Past, Writing the Future”. World Literacy Day 2016 is celebrated at France, Paris as a Category 2-Intergovernmental meeting.
ii. International Literacy Day 2016 celebrates and honors the past five decades of national and international engagement, efforts and progress made to increase literacy rates around the world. It also addresses current challenges and looks to innovative solutions to further boost literacy in the future.
iii. A Kerala-based NGO, The Jan Sikshan Sansthan (JSS) received the prestigious UNESCO Confucius Prize for Literacy for its literacy-linked skill development activities at a ceremony in Paris.