We are here for you to provide the important current affairs September 3 2018 which have unique updates of all daily events from all newspapers such as The Hindu, The Economic Times, PIB, Times of India, India Today, Indian Express, Business Standard, all Government official websites. Our complete current affairs helps you to get more marks in Banking, insurance, UPSC, SSC, CLAT, Railway and all other competitive Exams. 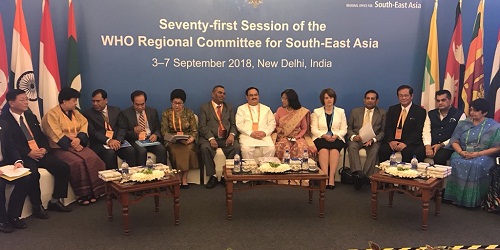 i. He addressed India’s contribution on the health sector by implementing the following:

ii. India would work with member countries on Regional and Global health agenda for common goal of Health for All.
WHO:
♦ Headquarters: Geneva, Switzerland.
♦ Head: Tedros Adhanom.
♦ Founded: 1948.

Draft rules for e-pharmacies to regulate online sale of medicines: Health Ministry
On September 3, 2018, the Health ministry notified that the online e-pharmacies will have to adhere to the set of new draft rules regarding selling of drugs through the internet.
i. According to the new draft rules:

ii. The government amended the Drugs and Cosmetic Rules, 1945, to include e-pharmacies.
Background:
♦ A consultative committee on e-pharmacies was formed in 2015 which submitted its report to the DCGI in 2016.
♦ Drug Controller General of India:  Dr S Eswara Reddy. 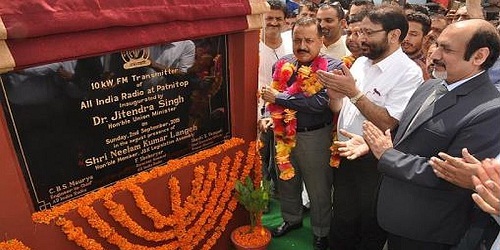 i. This would enable services to reach remote areas of the State in various districts like Ramban, Doda, Udhampur, Anantnag  and parts of Jammu.
ii. It would be available at an ariel distance of 60 km  in the frequency of 101 MHz.

“Mil -Banche” programme organized in govt schools for learning awareness: Madhya Pradesh
On August 31, 2018, Madhya Pradesh launched a first of its kind initiative called “Mil -Banche” in all government schools across the state.
i. It is an interactive programme between schools and society for promoting education and learing.
Objective:
Aim to create education and learning awareness among the children
Key Points:
i. It would help in multi-dimensional development of children through:

ii. Volunteers read out one chapter of any book from either the school library or the Hindi textbook during the programme.
iii. More than 80 thousand out of over 2 lakh registered volunteers gave books and useful gifts to the students.
iv. All volunteers submitted their video entries(less than 90 seconds) and the best one would be given certificate and the video would be featured in MP MYGOV platform.
Madhya Pradesh:
♦ Chief Minister: Shivraj Singh Chouhan.
♦ Governor: Anandiben Patel.
♦ Airports: Dumna Airport, Raja Bhoj Airport, Devi Ahilyabai Holkar pushpendra Airport, Civil Aerodome Khajuraho Airport.

Rs 399.44 crore released for 2018-19 for development of forward areas of 10 states along int’l borders
On September 3, 2018, Centre released Rs 399.44 crore for 10 states along the international bordersfor developing forward areas as a part of Border Area Development Programme (BADP) for 2018-19.
Key Points:
i. This is addition of Rs 1,100 crore released in 2017-18 for development of villages along the international borders in 17 states.
ii. Rs 399.44 crore has been released to the following states of:
Jammu and Kashmir, Assam, Himachal Pradesh, Manipur, Arunachal Pradesh, Meghalaya, Mizoram, Nagaland, Sikkim and West Bengal .
About Border Area Development Programme (BADP):
i. It covers people living within 50 kilometres of the International Border along 111 border districts in 17 states.
ii. The BADP schemes include
construction of primary health centres, schools, supply of drinking water, community centres, connectivity, drainage, to enable sustainable living in border areas.
iii. It also involves skill development, promotion of sports activities in border areas, promotion of rural tourism, border tourism, protection of heritage sites, construction of helipads in remote and inaccessible hilly areas.
iv. 61 model villages are also being developed under the BADP.
Background:
A total of Rs 13,400 crore has been released since the BADP programme was initiated in 1986-87.
Static part:
India shares borders with
Pakistan (3,323 km), China (3,488 km), Nepal (1,751 km), Bhutan (699 km), Myanmar (1,643 km) and Bangladesh (4,096 km).

SBI:
♦ Headquarters: Mumbai.
♦ Chairman: Rajnish Kumar.
♦ CEO: Arijit Basu.
♦ Tagline: With you all the way, Pure Banking Nothing Else, The Nation’s banks on us.

Objective:
To manufacture a wide range of ICT-IOT based solutions.
Key Points:
i. The agreements signed include:

ii. It partnered with Telecommunication Engineering Center (TEC), New Delhi to establish telecom testing labs at its Bengaluru plant.
iii. This would help in testing of imported and indigenous telecom equipment in India.
iv. These are in line with the National Digital Communications Policy 2018.
Important agreements/Mous from the Expo:
i. The foundation stone of telecom testing labs– comprising EMI/EMC lab, Specific Absorption Rate (SAR) lab, Safety lab and Security lab – was laid by Union Minister of State (Independent Charge) for Communications and Minister of State for Railways, Shri Manoj Sinha.
ii. ITI to focus on creating Indian IPRs in the communications sector.
About the Expo:
More than 500 startups and tech entrepreneurs actively participated in the event.
ITI Limited:
♦ Chairman and Managing Director: Shri K Alagesan.
♦ Headquarters: Bengaluru.

Internet Society & ISPAI sign pact to secure Internet infrastructure in India
On September 3, 2018, the Internet Society (ISOC) partnered with Internet Service Providers Association of India (ISPAI) to promote and secure internet infrastructure.
i. They signed an agreement to promote ‘Mutually Agreed Norms for Routing Security (MANRS) which will improve security infrastructure.
ii. As a part of this, ISOC has conducted a workshop during the inaugural India Network Operators Group meeting ( INNOG).
Other news:
India ranks 3rd for cyber-attacks and ranks 2nd for malware attacks in phone according to Symantec.
ISOC:
♦ Headquarters: Virginia, USA.
♦ Members: 100,000.
♦ Founded: 11 Dec 1992.
ISPAI:
Headquarters: New Delhi. 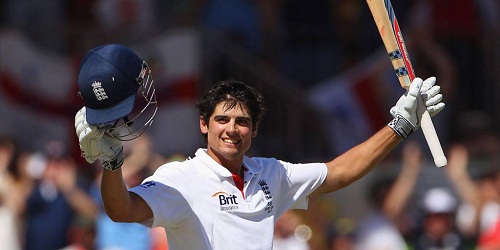