We are here for you to provide the important Current Affairs September 12 2018 which have unique updates of all daily events from all newspapers such as The Hindu, The Economic Times, PIB, Times of India, India Today, Indian Express, Business Standard, all Government official websites. Our complete current affairs helps you to get more marks in Banking, insurance, UPSC, SSC, CLAT, Railway and all other competitive Exams. 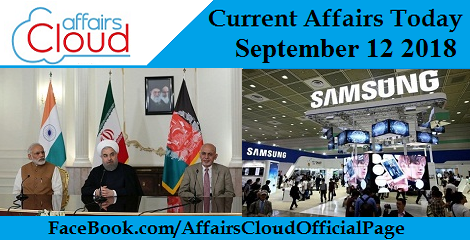 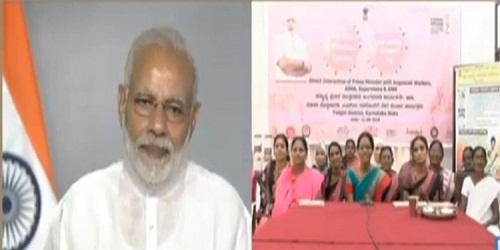 i. This would be effective from October 2018.
ii. The key changes to the remuneration structure are:

About POSHAN Abhiyan:
POSHAN Abhiyaan (National Nutrition Mission) was launched by the Hon’ble Prime Minister on 8thMarch, 2018 in Jhunjhunu, Rajasthan. The programme through use of technology, targeted approach and convergence strives to reduce the level of Stunting, Under-nutrition, Anemia and Low Birth Weight in Children, as also, focus on Adolescent Girls, Pregnant Women & Lactating Mothers, thus holistically addressing malnutrition. 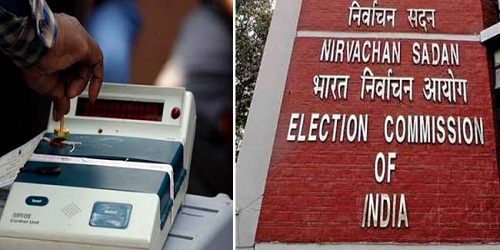 i. It would only be available in Lok Sabha and state assembly elections.
ii. The NOTA option is applicable only for direct elections and not indirect elections such as the Rajya Sabha polls.
iii. This move came after the Supreme court through its 3 member panel headed by Chief Justice Dipak Misra rules out the NOTA options in August 21,2018.
iv. The decision was taken during the hearing over a petition filed by Gujarat Congress leader Shailesh Manubhai Parmar.
The Bench consisted of: CJI Dipak Misra, justices A M Khanwilkar and D Y Chandrachud.

i. The experiences offered include: virtual reality (VR), artificial intelligence and Internet of Things.
ii. Customers can pre-book the home theatre zone at the experience centre for watching movies and shows. It has a service centre for phones and high-speed public Wi-Fi.
iii. It also has a home appliance zone. Samsung will put up the biggest display of mobile accessories on a 24-feet wall at the centre.

Bihar-Nepal bus service launched
On 11th September 2018, Bihar Chief Minister Nitish Kumar flagged off the first bus service between Bihar and Nepal.
Bihar-Nepal bus service:
i. This bus service will connect Bodh Gaya and Patna in Bihar to Kathmandu and Janakpur in Nepal. This service was commissioned following an agreement between India and Nepal.
ii. It aims to promote Buddhist tourism. They are air-conditioned deluxe buses and can accommodate up to 44 passengers per bus.
iii. 4 Bihar-Nepal buses connecting Bodhgaya to Kathmandu through Patna, Raxaul and Beerganj have started.
iv. 4 buses from Patna to Janakpur through Muzaffarpur and Sitamarhi will be operated.
v. Bus service from Kathmandu to Bodhgaya will be started by the Government of Nepal on 13 September 2018.
Some important Stadiums in Bihar:
♦ Moin-ul-Haq Stadium
♦ Patliputra Sports Complex
♦ Rajendra Stadium Objective:
To deepen counter-terror cooperation and trade.
Key Points:
i. In the meeting the delegates present were:

ii. The meeting focused on discussions about:

iii. The next tripartite meeting has been decided to be held in India in 2019.
India’s contribution to Iran and Afghanistan:
i. The port in the Sistan-Balochistan province on Iran’s southern coast is being developed by India and Iran.
ii. Chabahar Port in Iran is being built by India.
About Chabahar Port:
i. Under an agreement signed between India and Iran in May 2016, India will operate two berths in Chabahar Port Phase-I with capital investment of USD 85.21 million and annual revenue expenditure of USD 22.95 million on a 10-year lease.
ii. The first phase of the Chabahar port was inaugurated by Iranian President Hassan Rouhani in December 2017.
Background:
On the wake of US sanctions on Iranian oil ports, India and the US, in their first ever “2+2” meeting discussed about the possible impact of the US sanctions on the Chabahar Port. India has proposed for a waiver from sanctions for India on Chabahar.
Iran:
♦ Capital: Tehran.
♦ Currency: Iranian rial
Afghanistan:
♦ Capital:  Kabul.
♦ Currency: Afghan afghani 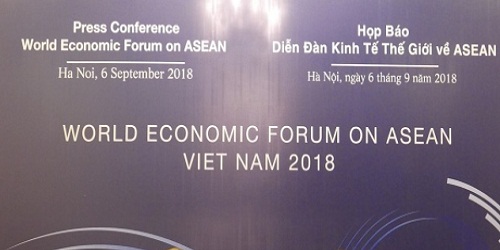 i. The 2018 World Economic Forum on ASEAN is in the context of the 4.0 era themed: “ASEAN 4.0: Entrepreneurship and the Fourth Industrial Revolution.”
ii. The ASEAN nations participating in the event are: Vietnam, Indonesia, Singapore, Laos, Myanmar, Thailand.
iii. Over 1, 000 representatives from 43 countries are set to take part in 53 sessions and 35 discussions over the two days of the event.
iv. It would focus on 5 topics:

United Nations to hold Climate Summit in September 2019
United Nations Secretary‑General António Guterres has announced that a Climate Summit will be held in September 2019.
i. António Guterres appointed Luis Alfonso de Alba, a former Mexican diplomat, as his Special Envoy to lead the preparations for the summit.
ii. The summit will focus on sectors that create the most emissions and areas where building resilience could make great difference and offer leaders and partners an opportunity to demonstrate real climate action.

Other News:
i. The bank has additionally raised  USD 400 million through two syndicated loan transactions in Taiwan and Japan in November 2017. They were:

IPPB ties up with FSS to create payments network for unorganized retail
On September 10, 2018, India Post Payments Bank has tied up with Financial Software and Systems (FSS) for providing banking solutions to unorganized sector especially rural households, small and medium enterprises and women. 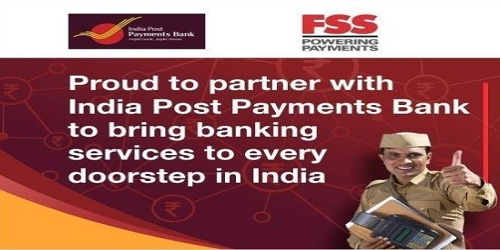 i. The product of the tie up is FSS’ Payments-in-a-Box solution which will help provide affordable, quality banking and payment services to its customers digitally.
ii. Key Features of the tie up:

iii. This would ensure that micro-merchants are able to accept payments over any channel – online, unified payments interface (UPI), quick-response (QR) codes, Aadhaar and IPPB accounts.
About IPPB services:
i. IPPB services shall be available at 650 IPPB branches and 3250 Access Points from 1st September 2018 and in all 1.55 lakh post offices (Access Points) by December 2018.
ii. The project will generate new employment opportunity for about 3500 skilled banking professionals
Financial Software and Systems (FSS):
♦ It is a payments technology company.

LIC launches group insurance scheme for CDSL demat account holders
On September 12, 2018, Life Insurance Corporation of India signed an agreement with Central Depository Services (India) to provide group insurance coverage to all eligible demat account holders.
i. The facility will be available to demat account holders between the age of 18 years and 59 years.
ii. It will provide a cover of Rs.1 lakh to Rs.5 lakh for any single individual at a very nominal price.
Central Depository Services (CDSL):
♦ Headquarters: India.
♦ It serves more than 15.85 million demat accounts which is 48 per cent of the industry.
LIC:
♦ Headquarters: Mumbai.
♦ Chairman: Shri Vijay Kumar Sharma. 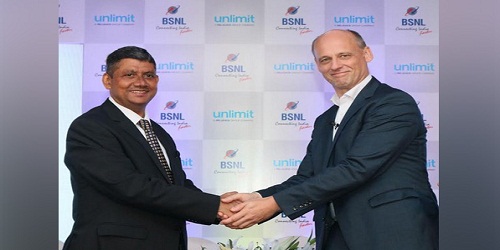 i. Through this partnership, Unlimit will leverage BSNL’s network to provide its solutions and services across industries.
ii. The solutions include:

iii. They would be focusing on:
Industries such as automobile, digital manufacturing, transportation, logistics, public-sector enterprises and agriculture.
About Unlimit:
Launched in 2016, Unlimit is the only dedicated, end-to-end IoT business solutions provider in India. Backed by the Reliance ADA Group
About BSNL:
♦ Bharat Sanchar Nigam Limited was incorporated on 1st October 2000.
♦ Headquarters: New Delhi.
♦ CMD: Shri Anupam Shrivastava.

Indian-American researcher awarded $6.5Mn to identify cancer biomarkers
US National Cancer Institute has awarded the “Outstanding Investigator Award” to Indian-American researcher Professor Arul Chinnaiyan, and funds for $6.5 million over 7 years, to identify cancer biomarkers to enhance diagnosis and develop new targeted therapies.
i. Professor Arul Chinnaiyan is from the University of Michigan. In 2010, he launched the Michigan Oncology Sequencing (Mi-ONCOSEQ) programme.
ii. His lab has analysed long non-coding RNAs (lncRNAs) that might play a role in cancer. Studying them further would help in cancer diagnosis, prognosis or treatment.

HDFC Life appoints Vibha Padalkar as new MD & CEO
HDFC Life, has appointed Vibha Padalkar as its new Managing Director and CEO for 3 years with effect from 12thSeptember 2018,after the exit of Amitabh Chaudhary,who joined Axis Bank on September 8.
Vibha Padalkar – MD & CEO of HDFC Life:
i. Vibha Padalkar joined HDFC Life in August 2008. She was conferred the ‘CFO-Woman of the year’ award by the Institute of Chartered Accountants of India in 2011.
ii. She also received “Excellence in Financial Control, Compliance and Corporate Governance” award by IMA, India in 2013.She was recently honoured with the ‘CA CFO – Insurance Sector’ award by the ICAI.
iii. HDFC Life also appointed Suresh Badami as a Whole-time Director for a period of 3 years with effect from September 17, 2018.
About HDFC Life:
♦ Non Executive Chairman – Deepak Parekh
♦ Corporate Office – Mumbai

Infosys inks deal with Australian Open as official digital innovation partner
Infosys has signed a 3-year partnership with the Australian Open as its official digital innovation partner.
i. Financial details of the deal were not revealed. Infosys will use technologies like Big Data and Analytics, Artificial Intelligence, Virtual and Augmented Reality, to offer a unique experience for fans. 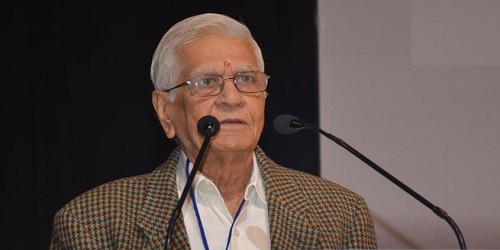 Death of VS Vyas:
i. VS Vyas was 87 years old. He was the director of the Indian Institute of Management (IIM), Ahmedabad, and the Institute of Development Studies (IDS), Jaipur.
ii. He was also a senior advisor in the agriculture and rural development department of World Bank.
iii. He was a former member of the Prime Minister’s Economic Advisory Council. He had worked with former Prime ministers Atal Bihari Vajpayee and Dr Manmohan Singh.
iv. He was a member of the central board of directors of Reserve Bank of India. He was chairperson of the first Rajasthan State planning board.
v. He received Padma Bhushan in 2006. He founded the Ajit Foundation in Bikaner, along with his family members.