We are here for you to provide the important current affairs of September 10 2017 which have unique updates of all daily events from all newspapers such as The Hindu, The Economic Times, PIB, Times of India, India Today, Indian Express, Business Standard, all Government official websites. Our complete current affairs helps you to get more marks in Banking, insurance, UPSC, SSC, CLAT, Railway and all other competitive Exams. 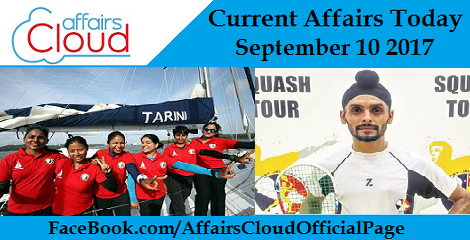 Assam enacts Industrial Disputes (Assam Amendment) Bill 2017
On 7th September 2017, Assam passed the Industrial Disputes (Assam Amendment) Bill, 2017, regarding lay off of employees, in Guwahati.
Industrial Disputes Assam Amendment Bill, 2017:
i.The law enables employers to lay off up to 300 employees without prior permission from the government.
ii.The employee count has been increased from 100 to 300.
iii.The law is said to increase the ease of doing business. As, employers are hesitant to recruit more number of employees because when the employee count increases more than 100, there would be problems during lay off.
iv.The Government has decided to increase the compensation of a labourer from the current 15 days salary to up to 60 days salary.

MoS Jitendra Singh to inaugurate North East Calling festival in New Delhi
Minister of State in the Ministry of Development of North Eastern Region (DoNER) Jitendra Singh will inaugurate the “North East Calling” festival in New Delhi on 9th of Sept. 2017.
Key Points:
i.The two-day event is being organised by the Ministry of DoNER under its Destination North East series for this year.
ii.The purpose of the event is to promote the art, culture, heritage, cuisine, handicrafts, business and tourism of North East India.
iii.Dr Jitendra Singh has also launched ‘North East Venture Fund’, which is a joint initiative of Ministry of DoNER and North Eastern Development Finance Corporation Ltd.
iv.The objective of the fund is to promote entrepreneurship and Start up in the North Eastern Region.
v.It is the first dedicated Venture Fund for the region with a cost of Rs 100 crores.
vi.The Minister also launched North East Tourism Development Council with objective to promote sustainable tourism in North East India.
vii.The entry to this two-day event, being held at India Gate lawns from 11.00 AM to 10.00 PM, for the general public is free.
viii.The Closing Ceremony of the event will be held on 10th of Sept. 2017.
ix.The Cabinet Secretary Shri P K Sinha will be the Chief Guest at the Closing Ceremony.

West Bengal leads in new tax registration under GST regime
According to the reports, the national average is 23%; Bengal leads the pack with as high as 77% in new tax registration under the GST regime in India.
Key Points:
i.As per the reports, about 245,000 people in the state are tax payers while the number in the country stands at around 8 million.
ii.States such as Gujarat and Maharashtra are behind West Bengal in GST registration.
iii.The figures were disclosed by Mr Arvind Singh, the new principal commissioner of GST & CX, eastern region.
iv.The figures were disclosed at a session titled “Democratisation of Services” on the second of the two-day ICT East organized by CII.
About West Bengal
Capital: Kolkata
Governor: Keshari Nath Tripathi
CM: Mamata Banerjee

About Ministry of Human Resource Development:

The Indian Navy’s woman team has embarked on a circumnavigation of the globe, with Defence Minister Nirmala Sitharaman on 10th of Sept. 2017.
Key Points:
i.The Indian Navy calls it a “historic” day for the country.
ii.Goa Chief Minister Manohar Parrikar and Navy chief Admiral Sunil Lanba were also present on the occasion.
iii.The minister flagged off the first such expedition by the Indian Navy, ‘Navika Sagar Parikrama’, at a ceremony at the INS Mandovi naval training base, Panaji Goa.
iv.The six-member women crew will circumnavigate the globe on an India-built sail boat, INSV Tarini, which is being captained by Lt Commander Vartika Joshi.
v.The circumnavigation is to be covered in about 165 days at sea. The first stop would be in Free-Mantle in Australia, New Zealand and then to Falklands before reaching their last stop in Cape Town in South Africa.

SIM cards not linked to Aadhaar to be deactivated after Feb 2018
The Centre has issued a notice, stating that all the SIM cards have to be linked to Aadhaar before February 2018 to avoid deactivation of the phone numbers.
Key Points:
i.It is being done to prevent criminals, fraudsters, and terrorists from using SIMs in the name of ordinary citizens.
ii.The Centre has also directed the telecom companies to inform their subscribers about the linking of cell phones to Aadhaar through emails, text messages or advertisements.
iii.As per the news agency IANS that linking of Aadhaar and mobile is being done as per the orders of the Supreme Court passed in February 2017 in the Lokniti foundation case.
iv.All SIM cards have to be verified with Aadhaar within a year from the date of judgement.
v.A bench comprising of former Chief Justice J S Khehar and Justice N V Ramana said the verification of existing pre-paid mobile users, running into crores, be done within one year.
vi.According to the sources biometrics cannot be stored by the mobile operators nor do they have access to any of the other personal data.

PACL, 4 directors fined Rs 2423 crore, highest ever Sebi penalty on a defaulter
Securities and Exchange Board of India (SEBI) had imposed Rs 2,423 crore fine on PACL Ltd and its four directors for illegal fund mobilisation through various schemes.
Key Points:
i.PACL group, which had collected money in the name of real estate projects among other schemes, was asked by SEBI nearly three years ago to refund Rs. 49,100 crore to the investors.
ii.According to the SEBI Rs 49,100 crore was mobilised by PACL over 15 years through unregistered collective investment schemes in violation of the Securities and Exchange Board of India Act, 1992, and SEBI (Collective Investment Schemes) Regulations, 1992.
iii.The regulator has passed a fresh order to impose a monetary penalty for violation of SEBI’s Prevention of Fraudulent and Unfair Trade Practices Regulations.
iv.This is the highest penalty ever imposed by SEBI on any alleged capital market defaulter ever.
v.The penalty should be remitted within 45 days of receipt of this order jointly and severally by PACL and its four Directors.
About SEBI
The Securities and Exchange Board of India (SEBI) is the regulator for the securities market in India.
Formed: 12th April 1992
HQ: Mumbai Maharashtra
Chairman: Ajay Tyagi

IRDAI allows one-time password for opening online insurance account
On 10th September 2017, Insurance Regulatory and Development Authority (IRDAI) announced usage of OTP (One Time Password) for opening e-Insurance Account (eIA) as an alternative to electronic signature, in New Delhi.
About the one-time password facility:
i.IRDAI said that in order to facilitate the opening of e-Insurance Account (eIA) through online or electronic means, the authority has permitted validation by One Time Password (OTP).
ii. Now, e-signature of the e- insurance account (eIA) holder on the application form for opening the account is considered as a valid authentication.
iii.Also IRDAI has permitted the e-KYC (Know Your Customer)facility offered by UIDAI (Unique Identification Authority of India) which provides unique Aadhaar numbers.

The Defence Research and Development Organisation (DRDO) has successfully flight tested India’s indigenously developed third generation Anti Tank Guided Missile (ATGM) ‘Nag.
Key Points:
i.The missile was tested in a desert in the western sector of Rajasthan on 9th Sept. 2017.
ii.According to the reports, ATGM Nag successfully hit both targets under different ranges and conditions with very high accuracy as desired by the armed forces.
iii.Nag has been successfully flight tested twice by the DRDO against two different targets and the missile can hit a target up to 7 km.
iv.The complete functionality of Nag ATGM along with launcher system NAMICA has been established and marked the successful completion of development trials of Nag Missile.
About DRDO
The Defence Research and Development Organisation (DRDO) is an agency of the Republic of India, charged with the military’s research and development, headquartered in New Delhi, India.
Formed: 1958
Secretary, Department of Defence R&D: Dr.S.Christopher 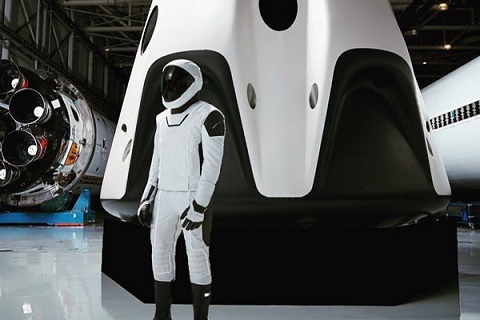 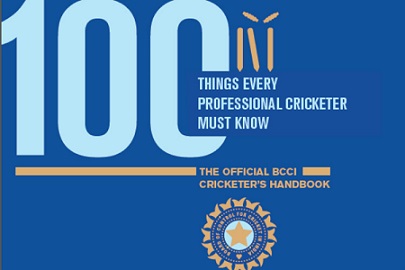 i.The handbook document will be the official handbook for all the cricketers registered with the BCCI.
ii.The Board of Control for Cricket in India (BCCI) issued players handbook that covers several issues from money managing to managing emotions.
iii.The book has been released by Committee of Administrators (CoA).
iv.The book titled ‘100 things every professional cricketer must know’ which is also in line with Lodha recommendations.
v.The handbook has been forwarded by former India captain and current India A coach Rahul Dravid.
vi.Thiscovers as many as 10 topics including handling pressure, having legal knowledge, dealing with media and knowledge of keeping fit and eating well.
About BCCI
The Board of Control for Cricket in India (BCCI) is the national governing body for cricket in India.
HQ: Wankhede Stadium
President: Vinod Rai
Chief Executive: Rahul Johri
Vice President: Rajeev Shukla

i.The book goes on sale globally on 26th September and is available for pre-order.
ii.Satya Nadella will donate all proceeds from Hit Refresh to Microsoft Philanthropies.
iii.The book also includes a set of questions for anybody searching for improvement for themselves as leaders, for their institutions and for society. Harinder Pal Sandhu has won the Malaysian Squash Tour. This is his 21st consecutive international match to win in a row.
Key Points:
i.He beat Malaysia’s Mohammed Syafiq Kamal to win the final match.
ii.The tournament was held in in Kuala Lumpur. 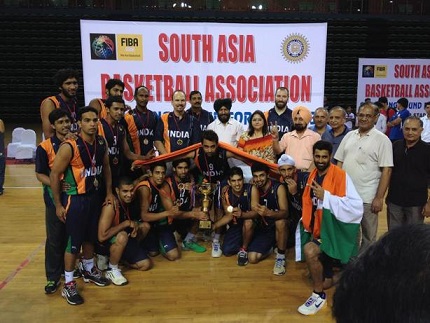 – Launch of new government initiatives to prevent suicide
– Conferences, educational seminars and public lectures regarding suicide prevention
– Media programs that promote suicide prevention
– Memorial services or candlelight ceremonies to remember those who died by suicide.
– Organizing cultural or spiritual events, fairs and exhibitions
– Launches of publications about suicide awareness and prevention
– Training courses about suicide and depression awareness
About WHO:

Himalaya Day being observed across Uttarakhand on September 9
Himalayan Day will be observed across the country on 9th September and the main programme will be held in Dehradun.
Key Points:
i.Himalayan Day would be observed at 400 venues across the country to highlight its importance.
ii.The theme for this year is ‘Contribution of Himalayas and Our Responsibility’.
iii.The mission would take out a rally in Dehradun to mark the day and Chief Minister Trivendra Singh Rawat will be the chief guest at the workshop.
iv.The rally would start from Gandhi Park and culminate at Dunga House.
v.A workshop would also be organised to deliberate on issues pertaining to the Himalayas.
vi.It has been celebrated to address environmental and social problems in the Himalayas region.
About Uttarakhand
Capital: Dehradun
Governor: Krishan Kant Paul
CM: Trivendra Singh Rawat