We are here for you to provide the important current affairs October 7 2017 which have unique updates of all daily events from all newspapers such as The Hindu, The Economic Times, PIB, Times of India, India Today, Indian Express, Business Standard, all Government official websites. Our complete current affairs helps you to get more marks in Banking, insurance, UPSC, SSC, CLAT, Railway and all other competitive Exams. 22nd GST council meeting held in New Delhi
22nd meeting of the Good and Services Tax (GST) Council was held on October 6, 2017 in New Delhi, under the chairmanship of Finance Minister Arun Jaitley. The council reduced GST rates on specific items and also eased the compliance requirement for Small and Medium Businesses.
i. During 22nd meeting of the GST Council, decision was taken to lower tax rates on 27 products and certain services.
ii. GST Council was taken to raise the eligibility threshold for ‘composition scheme’ to Rs. 1 crore of annual sales from Rs.75 lakh earlier………………..Click here to view more detail

Three agreements signed during 14th India-EU Summit in New Delhi
14th Annual Summit between India and the European Union (EU) was held in New Delhi on October 6, 2017. Indian Prime Minister Narendra Modi along with Donald Tusk, President of the European Council and Mr. Jean Claude Juncker, President of the European Commission reviewed the wide-ranging cooperation under the India-EU Strategic Partnership.
Following three agreements were signed during the 14th India-EU Summit:
i. Finance Contract of Bangalore Metro Rail Project Phase-2-Line R6 for Euro 300 million out of total loan of Euro 500 million.
ii. Implementing Arrangement between the European Commission and the Science and Engineering Research Board (SERB) for Indian Researchers hosted by the European Research Council grantees in Europe.
iii. Joint Declaration between the Interim Secretariat of the International Solar Alliance and the European Investment Bank.
Quick Facts about European Union:
♦ Founded in – 1993
♦ Headquarters – Brussels, Belgium

Centre sets up group under Rina Mitra to study problems of people along IB, LOC in J&K
Central Government has set up a study group to examine the problems being faced by the people residing near the International Border (IB) and the Line of Control (LoC) in Jammu and Kashmir. The study group has been formed in the wake of regular cross border firing by Pakistan. 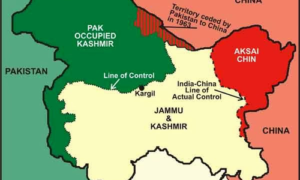 Background Information:
♦ India shares a 3,323 km long border with Pakistan of which 221 km of the IB and 740 km of the LOC fall in Jammu and Kashmir.
♦ There has been a sharp increase in ceasefire violations by Pakistan in recent times. On account of this, civilians on the Indian side as well as the security forces have sustained several casualties.
More Details about the Study Group:
i. The study group will be headed by Rina Mitra (Special Secretary in the Home Ministry).
ii. Members of the study group will prepare a detailed report of the issues being faced by the public living near IB and LOC.
iii. For gathering information, the study  group will meet people living in the border areas of Jammu and Kashmir, security forces deployed there, district administration officials and local public representatives.
iv. The study group will submit a report with recommended remedial measures within two months.

9th Annual ‘World Dental Show 2017’ opens in Mumbai
On Oct.6 2017, The 3-day international exhibition -9th Annual ‘World Dental Show 2017’ has opened Bandra-Kurla Complex in Mumbai.It is an integral part of Asia’s biggest dental event.
i. The exhibition was hosted by the Indian Dental Association (IDA).It is showcasing the evolving global technologies and techniques in dentistry.
ii. The international exhibitors from China, Germany, Israel, Malaysia, Russian Federation, South Korea, Taiwan, Turkey, UK and US, were participating and about 120 are displaying their latest dental wares in 250 well furnished stalls. 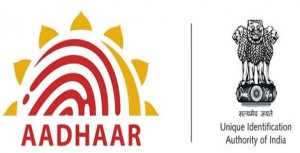 i. Existing depositors who have not provided Aadhaar number at the time of application can submit their Aadhaar number to the post office savings bank or deposit office concerned, on or before December 31, 2017.
ii. As many as 135 schemes (of 35 ministries) including the free cooking gas (LPG) to poor women, kerosene and fertiliser subsidy, targeted public distribution system (PDS) and MGNREGA will be covered by the extension.

Government launched Sovereign Gold Bond Scheme (2017 -18) – Series-III
Government of India has decided to issue Sovereign Gold Bonds 2017-18 – Series-III. These bonds will be issued by Reserve Bank India (RBI) on behalf of the Government of India.
Details about Sovereign Gold Bonds Scheme 2017-18–Series I:
Denomination: 1 gm
Issue Price: Simple average of closing price of gold of 999 purity published by the India Bullion and Jewellers Association Limited for the last 3 business days of the week preceding the subscription period. Discount of Rs. 50 per gm, for those who subscribe online and pay through digital mode.
Tenure: 8 years
Interest Rate: 2.50% per annum, payable every 6 months.
Exit Option: From 5th year onwards, to be exercised on interest payment dates
Minimum Size: 1 gm
Maximum Limit:4 KG for individual, 4 Kg for HUF and 20 Kg for trusts and similar entities per fiscal (April-March) notified by the Government from time to time…………..Click here to view more detail 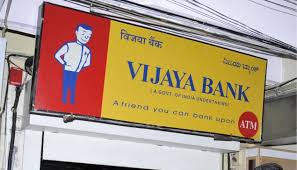 More Details about MoU between Vijaya Bank and HPCL:
i. With the signing of this MoU, petrol pump attendants and LPG delivery personnel will be able to accept digital payments.
ii. Customers of HPCL will now be able to make payments by scanning a payment QR code, using BHIM Vijaya or any BHIM app that supports payments via Unified Payments Interface (UPI).
iii. Earlier, both the entities had launched this facility at five outlets on pilot basis, which was quite successful.
iv. The MoU document was exchanged between Vijaya Bank MD and CEO R A Sankaranarayanan and HPCL Executive Director (Retail) G S.V Prasad in Bengaluru, Karnataka.
Quick Facts about Vijaya Bank:
Founded in – 1931
Headquarters – Bengaluru, Karnataka
Current MD & CEO – R A Sankaranarayanan

JSA become the first law firm in GIFT city
J Sagar Associates (JSA) is the first law firm have a plan to open an office at Gujarat International Finance Tec-City (GIFT).
♦ The office was inaugurated by Sudhir Mankad – Chairman of GIFT IFSC, along with CEO Ajay Pandey. Several banks, brokers and stock exchanges including the BSE and the National Stock Exchange have set-up their operations in GIFT.
J Sagar Associates(JSA)
J Sagar Associates, which is commonly known as JSA, is an Indian law firm. It was founded by Jyoti Sagar in 1991. The firm now has offices in Ahmedabad, Bangalore, Chennai, Gurgaon, Hyderabad, Mumbai and New Delhi.

About ‘Cross of the Order of Merit’:
i. ‘Cross of the Order of Merit’ was instituted in year 1951 and is also called Bundesverdienstkreuz or Federal Cross of Merit.
ii. It is Germany’s only honour that is awarded to both, Germans and foreigners for achievements in the economic, social, political or intellectual realms.
iii. On October 6, 2017, Dr Michael Feiner, the Consul-General of Germany in Kolkata, handed over the Cross of Merit, along with the certificate signed by the President of Germany.

SC appoints Amrender Sharan as amicus on a plea seeking re-probe of Mahatma Gandhi murder
On October 6, 2017, Supreme Court appointed senior advocate and former additional solicitor general Amrender Sharan as amicus curiae on a petition seeking re-probe into the assassination of Mahatma Gandhi.
More Details:
i. Amicus Curiae: An entity or a person who is not a party to a case but assists the court by providing information that has an impact on the case.
ii. Supreme Court bench comprising Justices S A Bobde and L Nageswara Rao decided to appoint Amrender Sharan as amicus curiae while hearing a petition filed by Mumbai-based Dr Pankaj Phadnis, researcher and a trustee of Abhinav Bharat, who has sought reopening of the probe on several grounds, including the possibility of involvement of more people in the murder.
iii. Amrender Sharan was told by Supreme Court that its observation was not binding on him to make an assessment of the matter and posted it for further hearing on October 30, 2017.

Zee Ent fully acquires 9X Media, INX Music for Rs 160 cr
On Oct.6 2017, Zee Entertainment has acquired 100 per cent stake in two media entities, 9X Media and INX Music for Rs 160-crore.
i. The 9X Media operates five music channels- 9XM (Hindi), 9X Jalwa (Hindi), 9X Jhakkas (Marathi), 9XO (English) and 9X Bajao (Hindi). ZEEL will acquire 91,453,000 equity shares of Rs 10 each of 9X Media for a consideration of Rs 155.20 crore.
ii. ZEEL would acquire INX Music constituing 29.15 per cent stake for Rs 4.80 crore. The remaining 70.85 per cent in INX Music stake is owned by 9X Media and now INX will become a wholly-owned subsidiary of ZEEL.
iii. Under this deal these channels will be added to ZEELs current portfolio of 33 channels. 9X Medias popular bollywood news portal SpotboyE will also be part of this transaction. ZEEL recently sold its sports channel Ten Sports to Sony Pictures Networks for USD 385 million in an all cash deal.
Zee Entertainment Enterprises Ltd. (ZEEL)
♦ Zee Entertainment Enterprises Ltd. (ZEEL) is an Indian media and entertainment company based in Mumbai, Maharashtra. A subsidiary of the Essel Group the company’s founder is Subhash Chandra and its CEO and Managing Director is Punit Goenka
♦ Founded In – October 1992

China approves HP’s $1.1 bn buy of Samsung’s printer business
China has approved HP Inc’s $1.1 billion purchase of Samsung Electronics’ printer business with certain restrictions and concerns about the U.S. firm’s dominance in the laser printer market.
i. Under the deal, HP would add an intellectual property portfolio of more than 6,500 printing patents and nearly 1,300 researchers and engineers with expertise in laser printer technology, imaging electronics and printer supplies.
ii. In September 2016, HP announced this deal to disrupt the $55 billion copier market by focusing on multifunction printers and more deeply embedding mobile and cloud printing technologies to its product solutions.
iii. The Ministry of Commerce informed the sale of A4 format laser printers by HP in China should be done on “fair and reasonable” terms and the firm must report every six months on their prices and related data to the ministry.
About HP
♦ The Hewlett-Packard Company (HP) was an American multinational information technology company headquartered in Palo Alto, California.
♦ Founded In – January 1, 1939
♦ Founders – William Redington Hewlett and David Packard

More Details about ‘thenationspride.com’:
i. Inspiring stories of Indian para-sportspersons, who have consistently delivered stellar performances on domestic and global arenas, will be posted on this portal.
ii. Through regular updates and incisive analysis, the portal will gradually evolve into an extensive reference source for all para-sports related news and information.
iii. Besides interviews with para-sportspersons and news and articles on para-sports, the portal also provides information about upcoming para sporting events.
iv. The website has been made by Ideate Labs, Mumbai, without charging any fees. 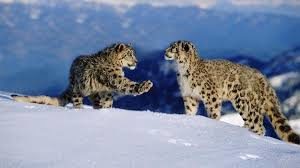 i. It was spotted in the High Asian region, especially in Jammu and Kashmir’s Ladakh region in India. It was clicked at a height above sea level of 3,900 metres.
ii. Snow leopards Population has been estimated between 3,920 and 6,390 globally. In 2004, WWF-India introduced the concept of Community Conserved Area (CCAs) in the State to empower local communities to become active decision-makers and implement conservation initiatives. 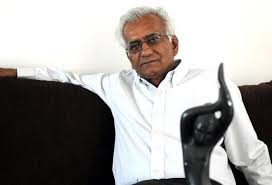 i. Kundan Shah received his first and only National Award — Indira Gandhi Award for Best First Film of a Director.He went to the small screen by directed television shows like ‘Nukkad’ and ‘Wagle Ki Duniya’.
ii. Shah returned to Bollywood with ‘Kabhi Haan Kabhi Naa’ in which Shah Rukh Khan in an unconventional role. He became the first filmmaker to win the Filmfare Critics Award for Best Movie in 1994 for the film.