Cabinet advanced the deadline for completion of rural connectivity through all- weather roads under Pradhan Mantri Gram Sadak Yojana by three years from 2022 to 2019.

Delhi Assembly has passed the Code of Criminal Procedure (CrPC) (Delhi Amendment) Bill, 2015 which empowers Delhi Govt to initiate a magisterial inquiry to cover any other cases in police custody and suspicious death.

Opposition has challenged the bill but Kejriwal Govt has mentioned that CrPC Act, 1976 enacted by Parliament is a subject in the Concurrent list (having 52 items) in the 7th Schedule to the Constitution of India and having power to amend it.

World Congress on Disaster Management concluded with the unanimous adoption of ‘Visakhapatnam Declaration calling for a comprehensive action plan for a disaster-resilient society.

It mooted setting up of an independent body of expert equivalent to State Disaster Management Authority at sub-national or provincial level for formulating policies on disaster management with suitable legislation or mandate.

The Indo-Pak border in Jaisalmer district, Rajasthan has been lit with solar power. The Jaisalmer border is one of the most sensitive international boundaries of India.

Sri Lanka PM Ranil Wickremesinghe said that no naval bases within Sri Lanka would be allocated to other countries at the 6th annual Galle Dialogue on 23 November, 2015 in Galle.

SEBI has been actively engaging with the regulators in the SAARC region. The regulator has already signed 20 bilateral MoUs with other countries.

The ad film will be run in cinema halls and will also be promoted digitally. BoroPlus Cocoa Soft Moisturising lotion is priced at Rs 85 for 100 ml pack.

The 43rd Annual American Music Awards was held at Microsoft Theater in Los Angeles, California, US and was broadcasted on ABC.

The 8th edition of the Ramnath Goenka Excellence in Journalism Awards was held in New Delhi to honour the finest in Indian journalism in print and TV across languages.

Noted Marathi actor Prashant Damle was conferred with Master Dinanath Mangeshkar Award for his outstanding contribution in the field of theatre, film and music. In the journey of performing arts, he has been honoured with many prestigious awards. Till date he has 4 Limca Book Records by his name.

About Master Dinanath Mangeshkar Award
The prestigious annual award is given to personalities from Marathi and Hindi theatre, music and films. It was instituted in 1999 by Lata Mangeshkar and her family in the fond memory of her father.

The award was presented every year on January 18, the death anniversary of NTR and Harivansh Rai Bachchan. 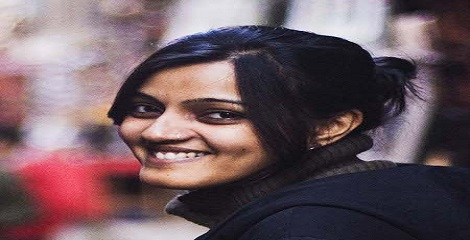 Mr. Keating will succeed Nicholas Kay of the United Kingdom who will complete his assignment at the end of the year.

About UNSOM :
United Nations Operation in Somalia (UNOSOM ) was the first part of a United Nations (UN) sponsored effort to provide, facilitate, and secure humanitarian relief in Somalia, as well as to monitor the first UN-brokered ceasefire of the Somali Civil War conflict in the early 1990s.

US drugs giant Pfizer Inc. has signed a deal to buy Ireland based Allergan for $ 160 bn making it the biggest pharmaceuticals merger deal in healthcare sector.

As per Analysts this deal will allow Pfizer. Inc to escape relatively high US corporate tax rates (nearly 35%) by moving its headquarters to Dublin where corporate tax is as low as 12.5 %.

NumberMall, payment gateway services platform for merchants has acquired all the businesses of Delhi-based BankSmarts Solutions in stock and cash deal.

About NumberMall :
Founded in 2012, NumberMall has provided services to more than 30 million customers on its platform, through 16,000 touch points. The technology integration is already underway and will be ready within three months.

Researchers, including one of Indian-origin, have developed a new app aimed at enhancing the physical health, vitality and brain fitness of older people residing in independent living communities.

Roger Van Gent appointed as the strategic coach for the Indian mens team for the Hockey World League Finals next month and next years Rio Olympics by the Hockey India.