Punjab law to stop sharing Ravi, Beas waters ruled illegal by Supreme Court
i. A five-judge Constitution Bench led by Justice Anil R. Dave ruled that Punjab Termination of Agreements Act 2004was invalid and that Punjab was bound to share the water of Ravi-Beas river with Haryana and complete the construction of the Sutlej-Yamuna Link (SYL) canal for water sharing.
ii. The bench gave its opinion on a Presidential Reference made 12 years ago (22 July 2004) by the then President A.P.J Abdul Kalam, questioning the constitutional validity of the Punjab Termination of Agreements Act 2004.
iii. The apex court concluded that the 2004 Act was designed so as to terminate an agreement entered in 1981 between Punjab, Haryana and Rajasthan to re-allocate the water of Ravi and Beas. The SYL Canal was a product of this 1981 agreement.
Satluj Yamuna Link Canal (SARYU) / SYL
♦ Satluj Yamuna link is a proposed 214-kilometer canal to connect river Sutlej and Yamuna to provide water for the farmers of Haryana from the Punjab side.

Himachal Pradesh Approves ‘Mukhya Mantri Shikshak Samman Yojana’
i. The Himachal Pradesh cabinet approved “Mukhya Mantri Shikshak Samman Yojana” in a meeting chaired by Chief Minister Virbhadra Singh held on November 10, 2016.
ii. The meeting aimed at motivating the teachers to give overall good results particularly in subjects like Maths, Science and English etc.
iii. The teachers who will give 100 percent results for a period of 5 years will be given one year extension in service in addition to monetary rewards.
iv. The scheme applied to Trained Graduate Teachers (TGT), Post Graduate Teachers (PGT), Headmasters and Principals.
v. The meeting also decided to hold the winter session of the state Assembly at Dharamsala from December 19 to December 23, 2016. 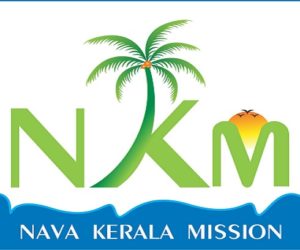 The projects are:
i. Haritha Keralam: organic farming for agricultural development and preserving water sources would be the main focus.
ii. Aardram: improving quality and facilities at government hospitals and to enable treatment at a reasonable price;
iii. Life a mission to provide housing for the homeless and bring quality of life
iv. Mission to preserve public education system by bringing up novel teaching methodologies.

BIL-TASK inks MoU for setting financial education center in Telangana
i. BSE Institute Ltd (BIL) entered into a Memorandum of Understanding (MoU) with the Telangana Academy for Skill and Knowledge (TASK) on November 10, 2016, at the ongoing CII Global Skill Summit, in Telangana, to set up a center of excellence for financial education centre in the state.
ii. The primary focus of the MoU will be on training and skilling of youth in the capital markets and finance sector in the state of Telangana.
Points to know :
♦ The BIL is a wholly owned subsidiary of BSE Limited and a premier institute in financial and capital markets training.
♦ Telangana Academy for Skills and Knowledge (TASK), CEO: Mr. Sujiv Nair
♦ Managing Director and CEO of BSE Institute Ltd: Mr Ambarish Datta.

The Union Finance Minister Shri Arun Jaitley to Inaugurate Two Day Economic Editors’ Conference-2016
i. The Union Minister for Finance and Corporate Affairs, Shri Arun Jaitley inaugurated the two day Economic Editors’ Conference-2016 on 10th November, 2016 in Delhi.
ii. The Conference was organised by Press Information Bureau (PIB) in collaboration with the Ministry of Finance.
iii. The Main objective of holding the National Economic Editors Conference is to apprise the media persons about the major policy initiatives, achievements and future road map of different participating Departments/Ministries of the Government of India.

17 Indian families among Forbes Asia’s 50 Richest Families, Ambani Family top among Indian
i. 17 Indian families get place in 2016 edition of Forbes Asia’s 50 Richest Families. The 17 entries from India have a combined wealth of $153.61 billion. Lee family of South Korea, topped the list for the second year in a row. Its combined wealth grew to $29.6 billion, up from $26.6 billion last year. The family owns Samsung group.
ii. Among Indian the top place is occupied by Ambani family. Overall Ambani family is at number 3 with Net Worth of 25.8 billion.
Top 3 :

Pakistan Ratifies Paris Climate Agreement
i. Pakistan become the 104th country to ratified the Paris Agreement on Climate Change after after Australia. Pakistan’s Permanent Representative to the UN Maleeha Lodhi deposited the Instrument of Ratification signed by the President of Pakistan at a ceremony 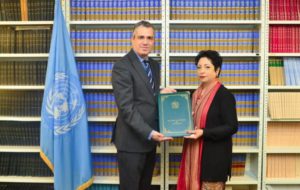 held at United Nations Headquarters in New York.
ii. Pakistan had signed the agreement on the first day of its opening for signature in New York in April 2016
Pakistan :
♦ Capital:  Islamabad
♦ Currency: Pakistani rupee

‘India should improve Ports, Logistics to boost exports’, suggests World Bank
i. World Bank released a report titled ‘South Asia’s Turn: Policies to Boost Competitiveness and Create the Next Export Powerhouse’.
ii. The report that suggested a set of policy actions in four sectors — agribusiness, apparel, electronics and automotive suggested India to adopt right set of productivity-enhancing policies and necessary steps to improve its ports and logistics and frame policies to reduce farm subsidies to emerge as an export powerhouse.
iii. Farm Sector: Government needs to reduce subsidies and promote competition to enhance the farm sector. Improved targeted subsides will help the farmers to use new technologies and seeds who otherwise continue to produce low quality crop using low production technique.
iv. Automotive Sector: Government should reduce the tariffs on final units of cars.
v. Electronics Sector: India needs to focus on developing its underdeveloped clusters and improve its poor trade logistics for smooth import and export of the components.
vi. Apparel sector: India needs to work on duty drawback scheme to facilitate the import of fabrics for exports.

Deposit above 2.5 lakh may face tax and penality
i. With the banning of Rs. 500 and Rs. 1000 note, Union Government has further announced that depositing cash above 2.5 lakh rupees in any account between 10 November to 30 December 2016 will be subjected to tax with a 200 percent penalty in case of income mismatch.
ii. The tax department would do matching of deposit with income returns filed by the depositors and take suitable action in case of mismatch and would be considered as the case of tax-evasion.
iii. However, small businessmen, housewives, artisans and workers who have some cash upto Rs. 1.5 or 2 lakh with them as their savings need not worry about any tax department scrutiny since the amount would be non taxable.
Rs 50. Bank notes in ATM:
♦ New denomination of Rs. 50 has been introduced by the Reserve Bank of India that can be withdrawn from ATMs from November 11, 2016.At Present, the lowest denomination note a customer can get at an ATM is Rs. 100.

Wallet on Delivery service introduced by Snapdeal-Freecharge
i. The surprising announcement made by Prime Minister Narendra Modi, to ban all Rs. 500 and Rs.1000 currency note for any kind of transaction, made many e-commerce sites to halt their cash on delivery services.
ii. However e-commerce site Snapdeal in Partnership with FreeCharge introduced a new payment gateway “Wallet on Delivery” that will enable the customers to pay via virtual wallet after the product is delivered at the doorstep.
iii. Wallet on Delivery is India’s best digital payments platform that will offer the fastest and most efficient payments experience to the customers.
iv. Wallet on Delivery option will be available from November 10, 2016 and cover Snapdeal and FreeCharge users across India.
Key :
♦CEO and Co-founder of Snapdeal:  Kunal Bahl. 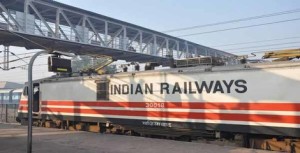 ii. The elevated tracks would remove conjestion of city roads and free up railway land and enable railways to develop Guwahati station as a commercial hub.
iii. Suresh Prabhu laying the foundation stone of the project explained that the aim of the project is to eliminate 12 level crossing gates in Guwahati and doubling the railway line from New Bongaigaon to Kamakhya via Goalpara.
iv. The project was sanctioned in 2015-16 Railway Budget at an approximate cost of Rs 2,232 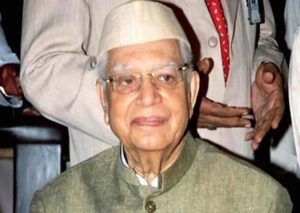 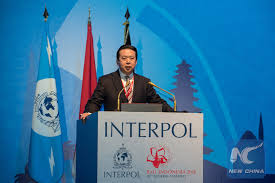 iii. His  includes chairing meetings of the Executive Committee, which ensures the implementation of decisions made at the General Assembly.
Interpol :
♦ The International Criminal Police Organization or ICPO or INTERPOL, is an intergovernmental organization facilitating international police cooperation.
♦ It was established as the International Criminal Police Commission (ICPC)
♦ It’s annual budget is around €78 million and headquarters is located in Lyon, France

Dish TV, Videocon D2H to merge as single DTH company
i. India’s largest direct-to-home (DTH) player, Dish TV and Videocon d2h (Vd2h) have decided to merge operations to form the single largest pay TV operator with 27.6 million net subscribers.
ii. The Board of Directors of the two companies approved a scheme of arrangement for amalgamation on November 11, 2016.
iii. Post completion, the merged entity will be renamed as Dish TV Videocon Limited. Current Dish TV MD Jawahar Goel will head the new company as chairman and managing director.
iv. Dish TV shareholders will own 55.4% of Dish TV Videocon, while remaining 44.6% shares will be owned by Vd2h shareholders.

ISRO Conduts Tests For Chandrayaan-II Mission
i. The Indian Space Research Organsiation (ISRO) Chairman A S Kiran Kumar, on November 11, 2016, revealed that ISRO has started to conduct the test for its second moon mission, Chandrayaan-II at its center in Challakere, Karnataka.
ii. Chandrayaan-2 mission is tentatively set for late 2017 or early 2018 and includes soft-landing on Moon and moving a rover on its surface.
iii. The lead centre for the second Moon mission, ISRO Satellite Centre or ISAC, has artificially created several craters, resembling the terrain of the Moon, to test instruments and sensors on the lander of Chandrayaan-2.
iv. A small ISRO aircraft has been carrying equipment with sensors over these craters to plan the tasks ahead.
v. Chandrayaan-2, mission is an advanced version of the Chandrayaan-1 mission. It consists of an orbiter, lander and rover configuration that are expected to perform mineralogical and elemental studies of the surface of moon. 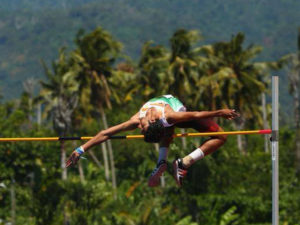 jump with an effort of 2.26m while winning the gold on the opening day of the 32nd National Junior Athletics Championships at Nehru Stadium, Coimbatore in Tamil Nadu
ii. The 17-year-old Tejaswin achieved the rare feat of a junior athlete breaking the national senior record.
iii. The earlier national senior record was in the name of Hari Shankar Roy of West Bengal who had jumped 2.25m.

Indian mission’s oldest employee Maureen Travis passes away in UK
i. One of the oldest employees of the Indian High Commission in the UK, Maureen Travis passed away in London.
ii. Travis, who took on secretarial work at India House in 1948.
iii. She has been part of the history of India House from its very inception and she  described the High Commission’s library, stocked with over 20,000 books and journals. 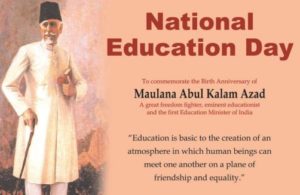 birth anniversary of freedom fighter and independent India’s first Education Minister Maulana Abul Kalam Azad.
ii. He strongly advocated universal primary education, girls’ education, free and compulsory education for all children upto the age of 14, vocational training and technical education.
iii. The objective of celebrating National Education Day should be to strengthen our educational institutions and to raise the quality
of education to greater heights.