We are here for you to provide the important current affairs November 1 2017 which have unique updates of all daily events from all newspapers such as The Hindu, The Economic Times, PIB, Times of India, India Today, Indian Express, Business Standard, all Government official websites. Our complete current affairs helps you to get more marks in Banking, insurance, UPSC, SSC, CLAT, Railway and all other competitive Exams. 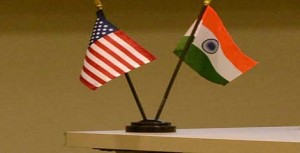 President of India inaugurates Global Clubfoot Conference in New Delhi
On 1st November 2017, the President of India, Ram Nath Kovind, inaugurated the Global Clubfoot Conference, organised by the CURE India in partnership with the Ministry of Health and Family Welfare, in New Delhi.
Global Clubfoot Conference:
i. Clubfoot is one of the most common orthopaedic birth defects that affects the child’s mobility. It can cause permanent disability if not treated early.
ii. The President said that, public hospitals are partnering with CURE International India to treat as many children as possible. The programme is now active in 29 states of India.
iii. He stated that, still as per the current rate only 8,000 fresh cases are brought for treatment every year. Whereas 50,000 children are born every year in India with clubfoot.
About CURE International:
♦ Purpose – International child healthcare organization
♦ President and CEO – Roger Spoelman

Delhi to host 9th global green film festival
The 9th edition of ‘CMS Vatavaran’, a global film festival on environment and wildlife, will begin on November 2, 2017 in New Delhi. 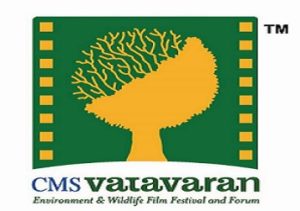 More information about ‘CMS Vatavaran’:
i. 113 films, including four films from Kashmir will be showcased during this five-day film festival, ‘CMS Vatavaran’.
ii. Theme of CMS Vatavaran is  “Conservation 4 Water”.
iii. Seminars, workshops, exhibitions and an award ceremony focusing on the environmental, social and economic aspects of water conservation will also be held during the course of this film festival.
iv. Aim of this festival is to spread awareness about water conservation and sensitize people through films and discussions regarding water conservation.
v. The event is supported and partnered by Ministry of Environment Forest and Climate Change, National Geographic, United Nations Educational, Scientific and Cultural Organization (UNESCO), United Nations Development Programme (UNDP) and World Wide Fund for Nature (WWF).

Maximum age of joining NPS increased from 60 to 65 years: Finance Ministry
On November 1, 2017, Union Ministry of Finance increased the maximum age of joining the National Pension System (NPS) from the existing 60 years to 65 years.
NPS for subscribers in 60-65 year age bracket:
i. On account of this decision, subscribers who are willing to join NPS at the later stage of life i.e. after attaining the age of 60 will be able to avail the benefits of NPS.
ii. Such subscriber who will join NPS beyond the age of 60 years will have the same choices of pension fund and investment, which is available to individuals who have subscribed before attaining the age of 60 years.
iii. They will have an option of normal exit from NPS after completion of three years.
iv. In case of seeking exit from NPS before completion of three years, he/she will have to utilize at least 80 percent of the corpus for purchase of annuity and  can withdraw the remaining amount in lumpsum.

Centre allocated Rs 109 cr to promote tourism projects in Puducherry
Central Government has earmarked Rs 109 crores to promote heritage and spiritual tourism projects under ‘Swadesh Darshan’ Scheme in Puducherry.
i. Announcement in this regard was made by Puducherry Chief Minister V Narayanasamy on November 1, 2017, while addressing public on the occasion of the 63rd Liberation (De facto) day of Puducherry.
ii. Union Tourism Ministry’s Swadesh Darshan Scheme focuses on integrated development of tourist circuits around specific themes.
iii. It is to be noted that Puducherry and its port cities Karaikal, Mahe and Yanam became free from the French rule on November 1, 1954.

Shivaji statue to be world’s tallest at 210m
On October 30, 2017, Maharashtra Coastal Zone Management Authority (MCZMA) approved Maharashtra State government’s application to increase the height of the proposed statue of Chhatrapati Shivaji Maharaj (off the coast of Mumbai) from the earlier 192 metres to 210 metres.

i. Maharashtra government has laid out a plan to build a statue of Chhatrapati Shivaji Maharaj in the sea off the Mumbai coast, on a rocky outcrop of 15.96 hectares.
ii. With an approval for 210 metres height, Chhatrapati Shivaji Maharaj’s statue will be world’s tallest statue surpassing the Spring Temple Buddha statue in China which stands 208 metres tall.
iii. As a result of increase in height, the estimated cost to construct this statue has also been revised to Rs. 4000 crore from Rs. 3600 crore earlier.
iv. The Shivaji memorial will also have a temple, hospital and a museum showcasing highlights of Shivaji’s life.

India leaps 30 places to 100th rank in World Bank’s ‘ease of doing business’ index
India has leaped to 100th rank out of 190 countries on World Bank’s latest edition of ‘ease of doing business’ index. This marks a forward leap of 30 places as compared to 130th rank in the previous edition of the index. In the report titled ‘Doing Business 2018: Reforming to Create Jobs’, India has been recognised as one of the top 10 improvers in this year’s assessment…………………………Click here to Read more
Doing Business 2018: Reforming to Create Jobs’ – Top 5 Countries:

China, ASEAN hold joint naval drills
China and members of the Association of Southeast Asian Nations (ASEAN) have held their largest- ever joint maritime rescue exercise, signalling a calm in South China Sea tensions.
i. The exercise, which took place on 31stof oct 2017, in the waters off the southern coast of China’s Guangdong Province, was “the largest of its kind for China and ASEAN members.
ii. It involved about 1,000 participants aboard 20 ships and three helicopters from China, Thailand, Cambodia, Myanmar Laos, Philippines and Brunei, rival claimants in the South China Sea with Vietnam notably absent.
iii. China asserts authority over almost all of the South China Sea in the face of rival claims from its Southeast Asian neighbours including four ASEAN members.
iv. It has rapidly reclaimed reefs, creating artificial islands capable of hosting military planes.
v. Despite a 2015 pledge by Chinese President Xi Jinping not to further militarize the islands, China has continued to add infrastructure and weapons as it seeks to reinforce effective control of much of the waterway.
ASEAN
♦ Abbreviation – Association of South East Asian Nations
♦ Headquarters – Indonesia
♦ Established – 8th Aug 1967 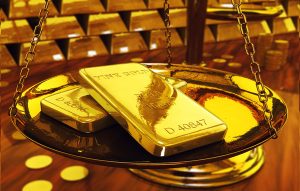 i. These bonds can be subscribed from Monday to Wednesday every week.
ii. The price is based on the simple average closing price for gold of 999 purity of the last three business days of the week preceding the subscription period.
iii. Investors applying online and making the payment digitally will be eligible for a discount of Rs 50 per gram. Thus for such investors, the issue price will be Rs 2,895 per gram of gold.
iv. Investment in these bonds can be done in multiples of 1 gm of gold.
v. Investors have an option to hold these bonds in either physical or dematerialised form.

SBI cuts benchmark lending rate by 0.05 pc across maturities
With effect from November 1, 2017, State Bank of India (SBI) has cut its benchmark lending rate by 0.05 per cent across maturities.
i. This decision has reduced SBI’s marginal cost of funds based lending rate (MCLR) from 8.00 per cent to 7.95 per cent.
ii. SBI’s MCLR on overnight borrowings has been reduced from 7.75 per cent to 7.70 per cent, while the rate for three-year tenures has been lowered to 8.10 per cent from 8.15 per cent.
iii. Aanother public sector bank, Allahabad Bank too reduced MCLR rate by 0.15 per cent across maturities. Allahabad Bank’s one-year MCLR now stands at 8.30 per cent
iv. Reserve Bank of India has been urging that banks should make efforts to transmit the benefits of earlier cuts in the policy rates to borrowers. 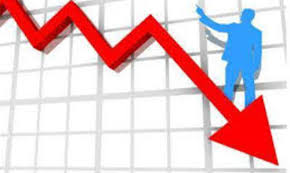 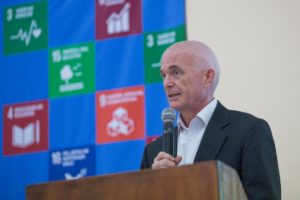 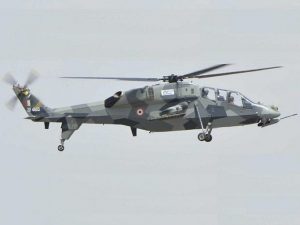 i. The proposal to acquire these helicopters was cleared at a meeting of the Defence Acquisition Council (DAC), chaired by Union Defence Minister, Nirmala Sitharaman.
ii. Out of the 111 helicopters, 16 will be procured at a fly away condition while 95 will be manufactured in India.
iii. These helicopters will be acquired under the strategic partnership model.
iv. As per the  strategic partnership model unveiled by Indian Government in May 2017, Indian private firms will be roped in to build military platforms such as submarines and fighter jets in India in partnership with foreign entities.
v. For the acquisition of 111 utility helicopters, Indian Government will soon start the process to identify a foreign helicopter manufacturer and an Indian defence firm for a joint venture for the project.

Giriraj Singh launches MSME Samadhan Portal for delayed payments
On 30th October 2017, Union Minister of State (Independent Charge) Giriraj Singh launched MSME Delayed Payment Portal named MSME Samadhaan (http://msefc.msme.gov.in).
MSME Samadhaan:
i. The MSME Samadhaan was introduced to enable Micro and Small Entrepreneurs (MSE) to directly register their cases related to delayed payments by Central Ministries, Departments, CPSEs (Central Public Sector Enterprises) and State Governments.
ii. The MSME Samadhaan Portal will give information about the pending payment of MSEs with individual CPSEs, Central Ministries, State Governments, etc.
iii. The CEO of CPSEs and the Secretary of the Ministries will be able to monitor the cases of delayed payment and issue instructions to resolve the cases. The MSEs will be able to access the portal and monitor their cases.
About Ministry of Micro, Small and Medium Enterprises:
♦ Purpose – formulation and administration of rules, regulations and laws relating to micro, small and medium enterprises in India
♦ Minister responsible – Giriraj Singh (Minister of State – Independent Charge) 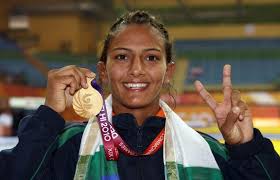 Geeta Phogat – Gold in All India Police Championship 2017:
i. Geeta Phogat has won a gold medal at the All India Police Championship 2017. She won India’s first-ever gold medal in women’s wrestling at the Commonwealth Games in 2010. She became the first woman wrestler from India to qualify for the Olympic Summer Games.
ii. She is 28 years old. Her life has been portrayed in the movie Dangal. She has married fellow wrestler Pawan Kumar Saroh.
About Geeta Phogat:
♦ Sport – Wrestling
♦ Event – Freestyle wrestling 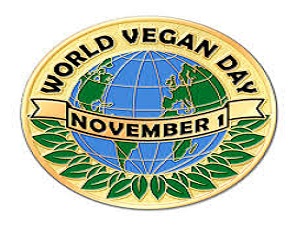 World Vegan Day:
i. World Vegan Day is an annual event celebrated by vegans all over the world every 1 November. In 1994, Chairperson of the Vegan Society, Louise Wallis decided to set November 1 as World Vegan Day.
ii. The benefits of veganism for humans, animals and the natural environment are celebrated through activities such as setting up stalls, hosting potlucks and planting memorial trees.
iii. Various restaurants all over the world organize special events and present specially designed dishes to people on this day to promote veganism.
About Vegan Society:
♦ CEO – George Gill
♦ Slogan – Promoting ways of living free from animal products for the benefit of people, animals and the environment