Railways sets up directorate to generate funds via advertisements
i. Union Rail Ministry led by Suresh Prabhakar Prabhu mulling to set up a dedicated wing with the mandate to focus on non-fare case revenue. Many of the world railway systems generate 10-20 per cent of their revenue from these type of sources.
ii. The Special wing will be headed by a Director-NFR-Finance and all its officers will report to the chairman of the Rail Board. The board of executives will draw officers from engineering, traffic-commercial and finance departments.
iii. The board will utilize the railway assets viz advertisements at stations, commercial exploitation of vacant land and space rights over station buildings, including station redevelopment, advertisements on coaches and locos, sponsorship of uniforms for railway personnel, hoardings on land alongside tracks, etc.. 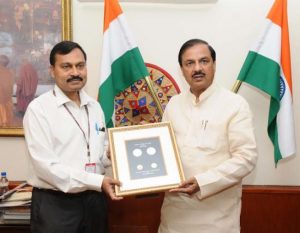 i. Culture and Tourism Minister Mahesh Sharma  has released a Commemorative coin of Rs. 100/- and a Circulation coin of Rs. 10/- in New Delhi as a part of 475th Birth Anniversary celebrations of Maharana Pratap.
ii. The Ministry has been celebrating the birth anniversary during 2015-16 in association with the Rajasthan.
iii. A Conference and Special Lecture on Maharana Pratap was organized by Nehru Memorial Museum & Library (NMML) in the University of Rajasthan, Jaipur earlier this year.
iv. Union government and the Rajasthan Government have decided to create a multi-purpose indoor stadium at Khel Gaon, Udaipur in his memory and also agreed to give a sum of Rs. 9.50 crore for this.

Gujarat govt to kick-start solar rooftop project for citizens
i. The state government is now all set to launch its grid-connected Rooftop Solar Power Project with an aim of scaling up the present solar power generation in Gujarat.
ii. Under this initiative residential property owners will be encouraged to install this new system. The installations will be done through channel partners intended to save time and energy of consumers in finding right contractor.
iii. The Rooftop Solar project was initiated by Gujarat Energy Development Agency (GEDA), which is the state nodal agency to promote renewable energy.
iv. The GEDA agency has set a target of generating 50 megawatt (MW) of electricity by installing such rooftop solar photovoltic units across Gujarat in the current fiscal of 2016-17.
Gujarat:
♦ Governor: Om Prakash Kohli
♦ Chief Minister: Anandiben Patel
♦ Gujarat is the largest producer of milk in India.

Odisha Government launches DBT scheme for farmers
i. Odisha Chief Minister Naveen Patnaik launched the Direct Benefit Transfer scheme for farmers and pledged digging of at least one lakh bore wells to improve irrigation facilities.
ii. On behalf this move famers will get themselves registered online to purchase seeds and get the subsidy amount in their bank accounts directly of the state.
iii. The first beneficiary of the DBT scheme was Ramesh Rout of Laxminarayanpur area. The seeds subsidy amount was deposited in Rout’s bank account.
Odisha:
♦ Capital: Bhubaneswar
♦ Governor: S.C. Jamir
♦ Chief Minister: Naveen Patnaik

Chhattisgarh relaxes labour laws
i. The Chhattisgarh government has relaxed the labour law which will help MSME players to avoid regular inspection from labour department officials.
ii. By this announcement the industry will file a third-party certificate to underline that industrial and labour norms are implemented in the unit.
iii. Under the relaxed norms routine inspection in the facility will not be conducted by the labour department inspectors  as against inspectors conduct surprise inspections in units even without the knowledge of their superiors
iv. The move is also a part of the ease-of-doing business exercise and MSMEs will be required to submit the third-party certificate issued by the authorised person on-line in department’s portal by June 30.

Kalraj Mishra Inaugurates Khadi Spinning and Weaving Centre in Srinagar
i. The Union Minister for Micro, Small and Medium Enterprises (MSME) Kalraj Mishra inaugurated the Harmukh Khadi Gram Udyog Sansthan, a spinning and weaving centre and marketing plaza for khadi goods in Srinagar.
ii. The Minister distributed 25 new model charkhas among local artisans at the function, which was organised Khadi and Village Industries Board Srinagar. 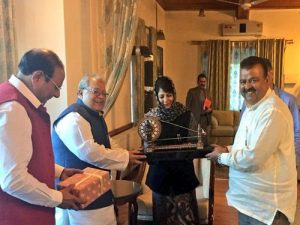 UN launches Multi-Partner Trust Fund for Zika Virus response
United Nations Secretary-General Ban Ki-moon initiated the constitution of the UN Zika Response Multi-Partner Trust Fund (MPTF) to finance unfunded priorities in the response to the Zika outbreak.
Aims:
i. To provide a rapid, flexible and accountable platform to support a coordinated response
ii. Support the Zika Strategic Response Framework, developed by the World Health Organization (WHO) in consultation with UN agencies, partners and international epidemiological experts
Donors from the nations will share the contributions and an Advisory Committee will direct funds to the affected countries where priority activities to be done

Greece passes pension, tax reform bill
i. Greece’s Parliament has approved a bill that would reform the country’s pension and tax systems. The vote took place during a crippling general strike and protests.
ii. The bill was passed by the 153 lawmakers of the ruling Syriza-Independent government coalition in voting.
iii. Debt-ridden country’s Labor Minister George introduced the bill he observed that social security contributions would decline for many self-employed professionals.
iv. The bill, introduced as part of requirements the country must meet under its third international bailout, is set to increase social security and pension contributions and raise taxes for most people.
Greece:
♦ Capital: Athen
♦ Currency: Euro
♦ Prime Minister: Alexis Tsipras
♦ Greece is the birthplace of Olympic Games, first recorded in 776 BC in Olympia, and hosted the modern Olympic Games twice, the inaugural 1896 Summer Olympics and the 2004 Summer Olympics. 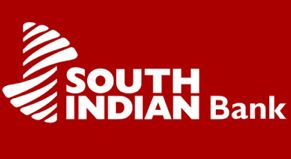 i. Thrissur-based South Indian Bank has tied-up with National Australia Bank (NAB) for online inward remittance from Australia at competitive rates.
ii. The remittance fee is as low as AUD 7 and the arrangement enables faster, hassle-free remittance through internet at the best exchange rates as the exchange rate is decided by the Bank.
iii. NRI customers in Australia would get the best possible rates. The remitted money can be either converted into Indian rupee or can be kept in Australian dollar.
iv. The Kerala based Bank is also having tie-ups with leading banks and exchange houses in the USA, Europe, and Asia.

Union Government starts UBIN drive for budding entrepreneurs
i. Union Government has started the process for issuance of Unique Business Identification Number (UBIN) to facilitate potential entrepreneurs set up their business without any delays.
ii. The drive has been launched by the Department of Industrial Policy & Promotion (DIPP) under the aegis of Union Ministry of Commerce and Industry.
iii. The move by DIPP is seen as a major step towards boosting ease of doing business and the start-up India initiative also in line with the minimum government and maximum governance movement of the government.
PAN for Business:
♦ The UBIN would be automatically linked to Corporate Affairs Ministry portal after it is issued to the intended beneficiary.
♦ It will be subsequently sent to the Central Board of Direct Taxes which would nomenclature it as PAN for UBIN.

Apple elevates Sanjay Kaul as new India head
i. California-based technology giant Apple has reportedly promoted Sanjay Kaul as the country manager for Apple India operations.
ii. Kaul’s appointment comes at a time when Apple is attempting to open its own-brand stores in India also comes months after Apple’s long-time India head Maneesh Dhir quit from the company.
iii. He has been associated with Apple since 2011 and has been taking care of the Apple’s iPhone business.
iv. Before joining Apple his stint was with BlackBerry in the capacity of Director – Channel sales for India for over two years.

Knowlarity acquires customer engagement platform Smartwards
i. India-based cloud telephony company Knowlarity has announced it has acquired Delhi-based customer engagement platform Smartwards to provide enterprise software solutions to small & medium businesses.
ii. The move will help in businesses manage their customer loyalty programmes in-store and out-of-store, through an app.
Smartwards:
Smartwards Company founded in 2013 is located over 150 locations, including restaurants, cafes, cinemas, salons and retail outlets across eight cities in India.
Knowlarity:
On the other hand Knowlarity was founded by Ambarish Gupta in 2009 to solve the pain points of managing calls and SMSs for companies, without getting into the hassles of a full-fledged call center. 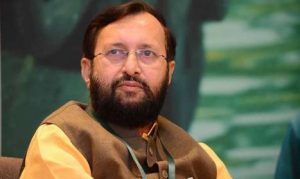 i. Union Government has launched a web-based application on Integrated Waste Management System (IWMS) for better management of waste also to provide an opportunity to all the industries dealing in hazardous waste to apply online.
ii. Environment Minister Prakash Javadekar launched the application that can track the movement of hazardous waste and will also help in ensuring its proper management.
iii. There are 43000 industries dealing in hazardous waste, of which about 30000 industries have been mapped through this application.
iv. The web-based application intends to enhance transparency in the working of the Ministry and other Centre/State level regulatory bodies.
v. The move also to reduce the time taken for processing applications, seeking various types of permissions under the recently notified waste management regulations.

Australian TV producer Reg Grundy dies
i. Eminent television producer and businessman Reg Grundy, who has died at the age of 92 in in his Bermuda home. He is known as the father of Australian television.
ii. The Reg Grundy Organisation established in 1959, produced many of Australia’s most-popular television shows.
iii. His production unit also created many of Australia’s other biggest TV shows, including The Young Doctors and Prisoner, called Prisoner -Cell Block H in the UK and many other places.
iv. Reg Grundy also served in the Australian Army during World War II as a Sergeant stationed in Sydney in the 1 Motor Division Signals.

Pakistan’s Human right activist Khurram Zaki shot dead in Karachi
i. Human Rights Activist Khurram Zaki, has been shot dead in Karachi, Pakisthan. He is known for his strong stance against hatred and violence targeted at Shia Muslims. He was 40.
ii. The Hakimullah Mehsud faction of the Taliban claimed responsibility for the attack
iii. Zaki was working as an editor for Let us Build Pakistan website that condemns sectarianism and is seen as promoting democratic and progressive values.
iv. He is a social media campaigner, civil society activist, blogger, journalist and religious scholar, was known for his strong views on the Lal Masjid cleric. 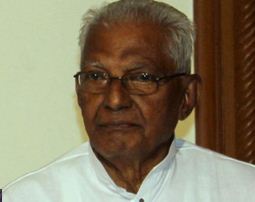 i. Former Sircilla MLA Chennamaneni Rajeswara Rao has passed away. The 93-year-old Rao is the brother of Maharashtra Governor Vidyasagar Rao.
ii. He is a freedom fighter also won as MLA for half dozen times and actively took part in Telangana armed struggle.
iii. Rao worked for the Communist Party of India for four decades since his student days and was elected as its MLA four times from Vemulawada.
iv. He was the president of the Telangana Freedom Fighters Association and the president of the farmers’ wing of CPI. However he quit the CPI as the chairman of its legislature party in 1999 and joined the Telugu Desam
v. He detached himself from politics after 2009 when his son Ramesh at a German university, was elected.