We are here for you to provide the important current affairs May 7 2018 which have unique updates of all daily events from all newspapers such as The Hindu, The Economic Times, PIB, Times of India, India Today, Indian Express, Business Standard, all Government official websites. Our complete current affairs helps you to get more marks in Banking, insurance, UPSC, SSC, CLAT, Railway and all other competitive Exams. CBDT approves amendment of India-Kuwait tax agreement
On 7th May 2018, the Central Board of Direct Taxes (CBDT) notified the protocol amending the Double Taxation Avoidance Agreement (DTAA) between India and Kuwait. 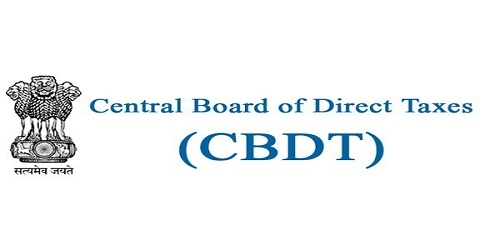 CBDT approves amendment of India-Kuwait tax agreement:
i. The protocol updates the provisions in the DTAA for exchange of information according to international standards.
ii. It also enables sharing of information received from Kuwait for tax purposes with other law enforcement agencies, subject to an authorisation of the competent authority of Kuwait and vice versa.
iii. According to the CBDT, the protocol to amend the existing agreement between India and Kuwait was signed in June 2006 for avoidance of double taxation.
iv. Another protocol was signed in January 2017 to prevent fiscal evasion with respect to taxes on income. This protocol came to effect on 26thMarch 2018.
About Central Board of Direct Taxes (CBDT):
♦ Chairman – Sushil Chandra
♦ Functions under – Department of Revenue, Ministry of Finance

Gandhinagar team takes initial steps to develop a vaccine for leptospirosis
An important peptide that can be used to create a new preventive vaccine against leptospirosis has been found out by researchers from the Gujarat Biotechnology Research Centre, Gandhinagar.
Initial steps to develop a vaccine for leptospirosis:
i. Leptospirosis is a tropical infectious disease. At present there is no preventive vaccine for Leptospirosis.
ii. The researchers used computer-based analysis to learn the whole protein set of the bacteria Leptospira interrogans. They narrowed down to one effective immunogenic protein.
iii. This protein was found in almost all the serovars (different types within a species) of the bacteria. It can be an effective vaccine candidate against most serovars.
iv. The proteome (entire protein set) of a serovar Copenhageni strain was studied using bioinformatics (computational biology analysis) approach.
v. The protein was chosen as the candidate immunogen after physicochemical and structural studies were performed.
Some National Parks in Gujarat:
♦ Gir Forest National Park
♦ Blackbuck National Park, Velavadar
♦ Vansda National Park NITI Aayog and Google sign SoI to help grow AI ecosystem in India:
i. The Statement of Intent (SoI) was signed by Ms. Anna Roy, Advisor, NITI Aayog and Rajan Anandan, Vice President, India and South East Asia, Google.
ii. NITI Aayog will setup a national programme to perform research and development in advanced technologies like AI.
iii. NITI Aayog has been developing India’s national strategy on AI along with the National Data and Analytics Portal for wide deployment and use of AI.
iv. Under this program, Google will train and incubate Indian AI startups in an accelerator program. These startups will be mentored and coached by Google and its affiliates so that AI can be utilized in a better way in their respective business models.
v. As a part of this program, Indian researchers, scholars and university faculty will be funded for AI-based research.
vi. Also, Google will launch online training courses on AI for students, graduates and engineers.
vi. NITI Aayog and Google will conduct a AI/ML hackathon for solving major challenges in agriculture, education, healthcare, financial inclusion, transportation, mobility etc.
vii. This hackathon might use Kaggle, a global platform, to engage international participation.
viii. Google along with NITI Aayog, will conduct hands-on training programs to familiarise policymakers and technical experts in governments on AI tools, and their usage in governance.
ix. Google and NITI Aayog will work on the following initiatives: 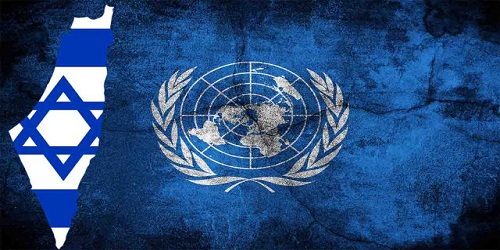 Israel withdraws from race for UN Security Council seat
i. Israel has been competing with Germany and Belgium for one out of the two seats assigned to the Western European and Others Group.
ii. The UNSC has five permanent members and 10 non-permanent members who are elected for a two-year term.
iii. Candidates for non-permanent seats on the council are selected by regional groups. India signs 200 million US Dollar Loan Deal with World Bank for National Nutrition Mission (POSHAN Abhiyaan):
i. This loan will help India to reach its goal of reducing stunting in children of the age 0-6 years from 38.4% to 25% by 2022.
ii. The POSHAN (PM’s Overarching Scheme for Holistic Nourishment) Abhiyaan was launched by Prime Minister on 8th March 2018 at Jhunjhunu, Rajasthan.
iii. POSHAN Abhiyaan’s main objective is gradual increase of the interventions supported by the World Bank assisted Integrated Child Development Services (ICDS) Systems Strengthening and Nutrition Improvement Project (ISSNIP) to all districts in India for a 3-year period.
iv. This loan will support the first phase scale up to 315 districts and union territories (UTs) in India.
v. The coverage and quality of ICDS nutrition services for pregnant and lactating women and children under 3 years of age will be improved.
vi. The project will comprise investments in improving the skills and capacities of ICDS staff and community nutrition workers, developing mechanisms of community mobilization and behavior change communication, improving systems of citizen engagement and grievance redress and setting up mobile technology based tools for better monitoring and management of services for enhanced reach to beneficiaries during the critical 1,000 day window for nutrition impact.
vii. The project will also ensure convergence of all nutrition related schemes and offer performance based incentives to states and community nutrition and health workers, with focus on results.
About World Bank:
♦ President – Jim Yong Kim
♦ Headquarters – Washington, D.C., U.S. 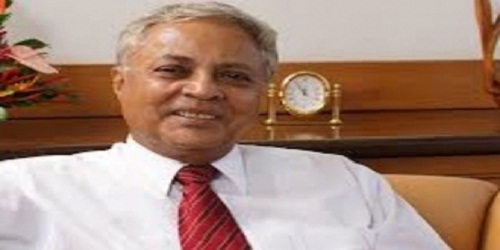 Vladimir Putin is sworn in for fourth term in Kremlin ceremony
On May 7 2018 , Vladimir Putin became Russia’s president for a historic fourth term at a ceremony Kremlin. He will extend his power to another six years. 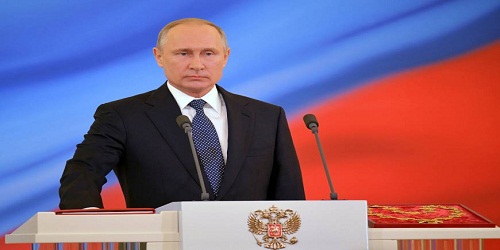 Nokia acquires SpaceTime Insight:
i. SpaceTime Insight offers machine learning-powered analytics and IoT applications for several world’s largest transportation, energy and utilities organisations. It has offices in India, Canada, UK and Japan.
ii. Nokia did not reveal the terms of the deal. It said that the acquisition will enhance the development of the company’s IoT offerings.
iii. Rob Schilling, who had been CEO of SpaceTime, will become the head of Nokia’s IoT unit.
About Nokia:
♦ Headquarters – Espoo,Finland
♦ CEO – Rajeev Suri 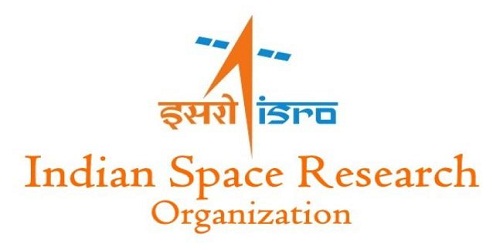 i. The desi atomic clock is being developed by the Space Applications Centre, Ahmedabad.This clock is currently undergoing a series of qualification tests. Once it successfully clears all tests, the desi atomic clock will be used in an experimental navigation satellite to test its accuracy and durability in space.
ii. ISRO unable to get the imported atomic clock’s design and technology.But desi clock has been developed based on requirements and will compete imported atomic clock.
iii. All of the seven navigation satellites of India as part of Indian Regional Navigation Satellite System (IRNSS) or NaVIC have three imported Rubdium atomic clocks.
iv. The rubidium atomic clocks from Europe started failing on the first navigation satellite, IRNSS-1A, around 2016, soon after ISRO put the last and seventh satellite in orbit.
NAVIC
i. NAVIC was approved by the government nearly 12 years ago at a cost of Rs 1,420 crore to establish an indigenous satellite based navigation system to provide position, navigation and timing services over the Indian landmass and surrounding region extending up to 1,500 km.
ii. Though the indigenous navigation system is very much operational, it is not as popular as the American GPS in the country because the receiver and mobile chipset needed to access the desi system have not been commercialised.

Lunar rock points to hidden water reserves on Moon
Scientists have discovered a mineral named Moganite, in a lunar meteorite that points to abundant hidden reserves of water ice under the surface of the Moon, which can be used for future human exploration.
Moganite:
i. Researchers from Tohoku University in Japan discovered the mineral, named moganite, in a lunar meteorite in a desert in northwest Africa.
ii. Moganite is a crystal of silicon dioxide. It is known to form on Earth in certain circumstances in sedimentary settings from alkaline fluids.
iii. Researchers say that the mineral formed on the surface of the Moon in the area called Procellarum Terrane, as water present in lunar dirt evaporated due to exposure to sunlight.
iv. Researchers estimate that water content in the lunar soil under the surface could be nearly 0.6 per cent.
Some important lakes in India:
♦ Longest lake in India – Vembanad Lake, Kerala
♦ Highest Lake in India – Cholamu Lake, Sikkim

Western Ghats forest cover vital for Tamil Nadu’s South-West monsoon rainfall
Researchers have said that, the dense vegetation in the Western Ghats determines the amount of rainfall that Tamil Nadu gets during the summer monsoon.
Western Ghats forest cover vital for Tamil Nadu’s South-West monsoon rainfall:
i. A team of researchers from the Department of Civil Engineering at the Indian Institute of Technology (IIT) Bombay has discovered that dense forests of the Western Ghats contribute to nearly 40% of moisture to the southwest monsoon rainfall in Tamil Nadu in the normal monsoon years.
ii. The average contribution is 25-30%. In monsoon deficit years, the contribution increases to 50%.
iii. The study says that, the forests of Western Ghats contribute to 3 mm rainfall per day in August and September on many regions in Tamil Nadu and 1 mm per day in June and July.
iv. The study was published in the journal Geophysical Research Letters. It also said that deforestation of the Western Ghats led to 0.25 degree C increase in surface temperature across Tamil Nadu.
Some wildlife sanctuaries in Tamil Nadu:
♦ Grizzled Squirrel Wildlife Sanctuary
♦ Kanyakumari Wildlife Sanctuary 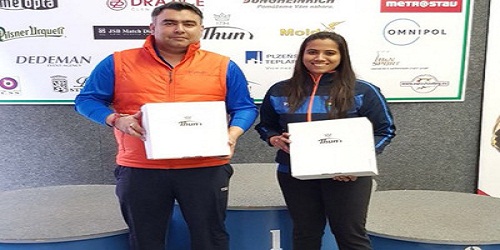 i. Having topped the qualification with 833.2 points, with Pooja shooting 413.5 and Gagan 419.7, the Indian pair came close to overtaking Jurate Cesynaite and Karolis Girulis for the gold, before missing the target by 1.3 point.
ii. P. Shri Nivetha and Amanpreet Singh claimed the mixed air pistol silver. 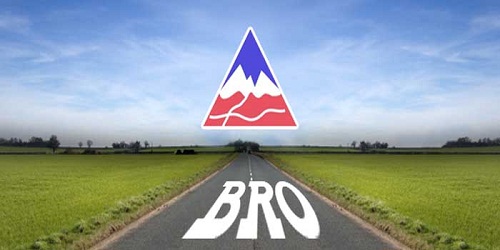