We are here for you to provide the important current affairs May 24 2018 which have unique updates of all daily events from all newspapers such as The Hindu, The Economic Times, PIB, Times of India, India Today, Indian Express, Business Standard, all Government official websites. Our complete current affairs helps you to get more marks in Banking, insurance, UPSC, SSC, CLAT, Railway and all other competitive Exams. India and Nepal plan to run joint operation to control wildlife poaching
On May 22,2018, Governments of India and Nepal has joined hands to plan on running a joint operation to control wildlife poaching.
Objective:
In order to control wildlife poaching and trafficking of animal parts.
Keypoints of the joint operation:
i. The operation is to be conducted in Shuklaphanta National Park in Kanchanpur district on Nepal’s side and Krishnapur Wildlife Sanctuary in Uttar Pradesh.
ii. This move comes after both the sides realised that the two reserves are contagious to each other.
iii. This decision was taken at a joint security meeting held at Haldwani, Uttarakhand.
iv. There should be a regular surveillance at the border crossings to build a network to share information. Both India and Nepal will conduct joint patrol at bordering forest areas.
v. The two sides also agreed to manage the wildlife corridors at Brahmadev and Laljhadi to ease the movement of animals, particularly elephants.
Nepal:
♦ Capital: Kathmandu.
♦ Prime Minister : Khadga Prasad Oli. SURYA KIRAN-XIII:
i. The exercise will see the participation of over 300 soldiers from Nepali and Indian armies. They will share their experiences of counter-insurgency and counter-terrorism operations.
ii. Surya Kiran is a bi-annual event. It is hosted alternatively by Nepal and India.
iii. Surya Kiran has the highest troop participation compared to other international military exercises with India.
iv. This exercise aims to conduct battalion level joint training with focus on counterterrorism operations in mountainous terrain.
v. Additionaly, disaster management training and relief work will be conducted as part of this exercise.
vi. This exercise would improve the level of defence cooperation and Indo-Nepal bilateral relations.
About Indian Army:
♦ Chief of the Army Staff (COAS) – General Bipin Rawat
♦ Headquarters – New Delhi Insolvency and Bankruptcy Code:
i. Through this amendment to the Insolvency and Bankruptcy Code, homebuyers are given the status of creditors in the insolvency process.
ii. This also eases some conditions for the micro, small and medium scale enterprises (MSMEs).
iii. These changes are part of the recommendations of a committee to review and recommend changes in the IBC.
iv. The government amended Section 29A clause of the IBC. It lists entities barred from bidding for companies under insolvency.
v. This is to ensure that wilful defaulters and those whose accounts have been classified as non-performing assets for more than one year are barred from bidding for stressed assets.
vi.This is Recommended by 14-member high-level committee chaired by ministry of corporate affairs secretary Injeti Srinivas
Tag lines of some banks:
♦ Canara Bank – Together we can
♦ Central Bank of India – Central To you Since 1911
♦ Corporation Bank – A Premier Public Sector Bank

Nepal: first country in South-East Asia validated for eliminating trachoma
On May 24,2018, The World Health Organization (WHO) declared Nepal the first country to eliminate Trachoma.Trachoma was the second leading cause of preventable blindness in the Himalayan nation in the 1980s. 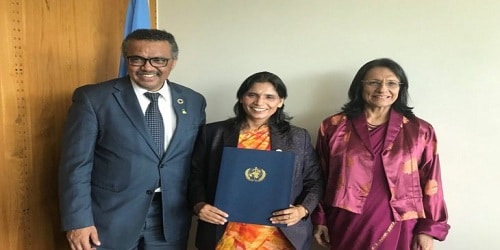 ♦ The disease puts more than 190 million people in 41 countries at the risk of blindness. It is responsible for the blindness or visual impairment of around 1.9 million people worldwide.
Objective of WHO:
In 1998, the World Health Assembly had resolved to eliminate trachoma as a public health problem.
Preventive measures taken by the Govt. of Nepal to eradicate Trachoma:
i. In 2002, the Government of Nepal had stepped up the efforts to eliminate trachoma with the establishment of a National Trachoma Programme. The prevalence of active (inflammatory) trachoma in the country fell by 40 per cent following the implementation of sustained control activities from 2002 to 2005.
ii. The Nepal government, through the ministry of water supply and sanitation, provided incentives to local communities and districts to build and maintain latrines, measures that were crucial to improve sanitation and reduce the disease carrying flies.
iii. The national trachoma programme in that country also collaborated with the Ministry of Education to include a module on trachoma in the school curriculum
About Trachoma :
Trachoma is a chlamydial infection which happens due to lack of hygiene, unclean water supply and can spread by contact with eye, nose, or throat secretions of a person suffering from the disease or indirectly via flies. The infection is particularly common among children.
World Health Organization(WHO):
♦ Headquarters:  Geneva, Switzerland.
♦ Head: Tedros Adhanom. 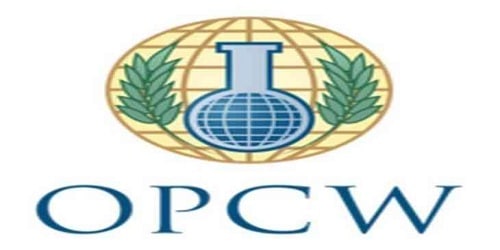 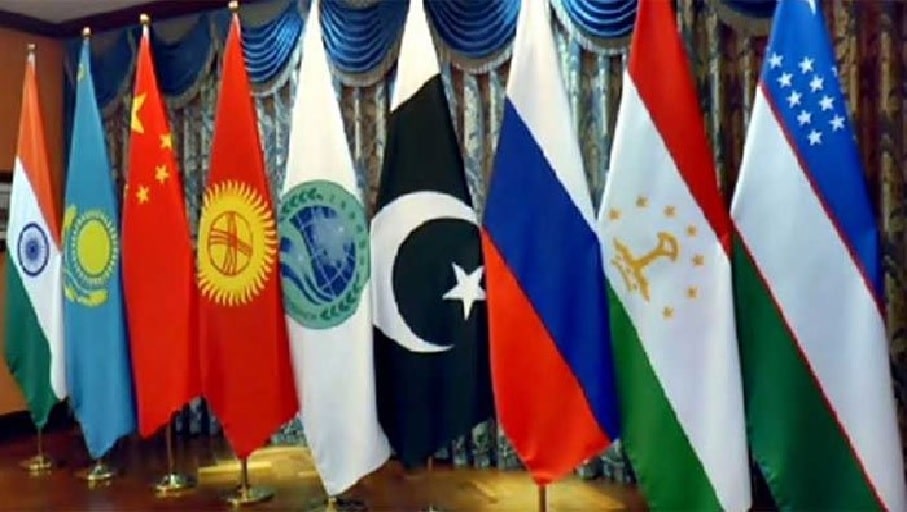 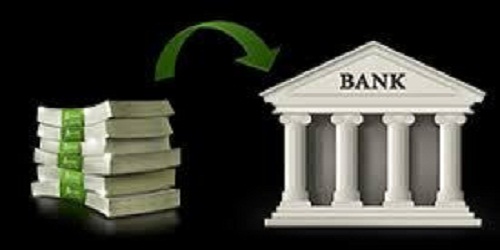 NITI Aayog, ABB India sign pact to benefit India from AI, robotics
On May 24,2018, NITI Aayog and ABB India signed a Statement of Intent (SOI) to benefit India from AI and Robotics.
Objective of the SoI:
To work together in preparing key sectors of the economy for digitalisation, artificial intelligence (AI) robotics, and industrial automation and the fast growing segment of electric mobility.
Key Points :
i. The first workshop for senior government officials under this collaboration would be organised in June in Bengaluru.
ii. The workshop will focus on digital and automation technologies for the food processing sector
iii. Based on the interactions between NITI Aayog and ABB , recommendations to the government ministries will be provided for guidelines and policies for development.
About ABB India :
♦ It is an electrical equipment manufacturer headquartered in West Bengal . 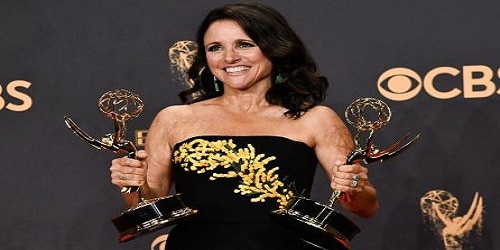 i. Mark Twain himself will be presenting this award to her.
ii. Julia will be receiving the award on 21 October in a ceremony at Washington .
iii. Past winners of the award include Richard Pryor, Tina Fey, Will Ferrell, Lily Tomlin and Eddie Murphy. Bill Cosby was given the award in 2009. 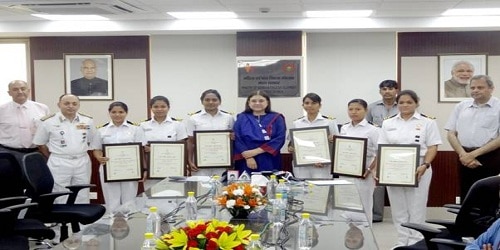 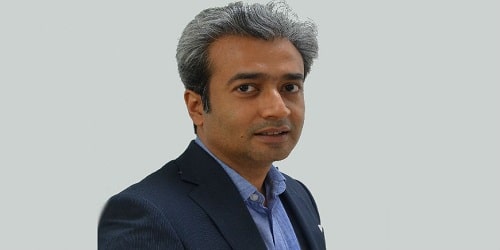 Key Points:
i. Shri Pradeep Kumar Gupta, (YOA : 2004), presently Ambassador of lndia to Republic of Mali,has been concurrently accredited as the Ambassador of lndia to the lslamic Republic of Mauritania with residence in Bamako (Mali).
ii. He is expected to take up his assignment shortly.
Mauritiana:
♦ Capital: Nouakchott.
♦ Currency: Ouguiya (MRO).

Govt appoints non-executive chairpersons at 3 PSBs
On May 24,2018, The Finance Ministry appointed non-executive chairpersons in 3 PSBs.
Key Points:
i. The Banks are : Punjab and Sindh Bank, Dena Bank, Central Bank of India.
ii. These appointments have been done on recommendations for the Banks Board Bureau (BBB).
iii. The appointments are : Charan Singh as chairperson of Punjab and Sindh Bank, Anjali Bansal as Chairperson of Dena Bank  and Tapan Ray as chairperson of Central Bank of India.
iv. Charan Singh has served at IMF as senior economist and at Reserve Bank of India as director.
v. Anjali Bansal is founder of Spencer Stuart’s India and had worked with McKinsey and Company
vi. Tapan Ray has served as Secretaryin the Ministry of Corporate Affairs.
♦ Dena Bank :
Tagline : Trusted Family Bank .
♦ Punjab & Sindh Bank:
Tagline: Where Service is a way of Life .
♦ Central Bank of India:
Tagline: Central to you since 1911.

UNICEF launches data visualisation app
On 24th May 2018, the UNICEF released a data visualisation app that offers user-friendly visual representation of complex analytics of the education scenario in the country.
UNICEF launches data visualisation app:
i. The app has been developed with technical inputs from the UNICEF, along with the National Institute of Education Planning and Administration (NIEPA) and the National Council for Educational Research and Training (NCERT).
ii. It makes use of the UDISE (Unified District Information System for Education), the NAS (National Assessment survey) and demographic data.
iii. It can be used as a visual tool by policy makers, senior government officials, academia, and researchers to monitor programs in the education sector.
iv. Yasmin Ali Haque is the UNICEF (United Nations Children’s Fund) Representative in India. 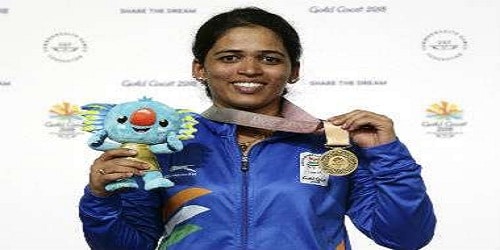 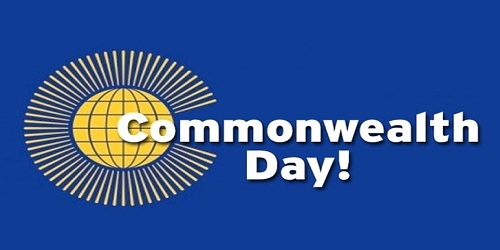