We are here for you to provide the important current affairs may 20 2017 which have unique updates of all daily events from all newspapers such as The Hindu, The Economic Times, PIB, Times of India, India Today, Indian Express, Business Standard, all Government official websites. Our complete current affairs helps you to get more marks in Banking, insurance, UPSC, SSC,CLAT , Railway and all other competitive Exams. 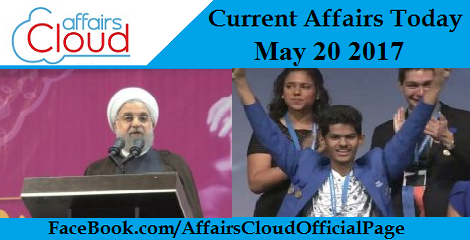 Chitale Committee recommends measures for desiltation of river Ganga
Chitale Committee on desiltation of River Ganga has come up with several recommendations such as establishing annual sediment budgets to guide de-silting activities, morphological and flood routing studies and study of reach wise sediment transport processes.
i. Committee has mentioned that though de-siltation works can improve hydraulic performance of the river, it has no direct role in improving environment flow in the river.
ii. Committee has recommended undertaking Catchment Area Treatment and Watershed Development works in a comprehensive way to reduce silt inflow into the river system.

ICMR to implement UN agency’s standards on clinical trials
Indian Council of Medical Research (ICMR), along with other leading research funders and international NGOs will adopt UN health agency’s recommendations to register and publicly disclose results of all clinical trials they fund, co-fund, sponsor or support.
i. Policies for the same will be developed and implemented within next 12 months.
ii. Besides agreeing to disclose results within specified timeframes, these entities have also agreed to monitor compliance with registration requirements and to endorse the development of systems to monitor results 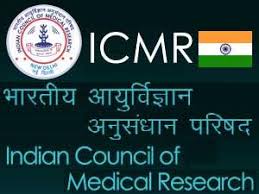 Joint Hadr Exercise commences at Naval Station Karwar
Joint HADR Exercise commences at Naval Station Karwar.The Annual Joint Humanitarian Assistance and Disaster Relief (HADR) Exercise began on 18 May 2017.
Key Points:
i. The exercise is being conducted by Indian Navy’s Western Naval Command.
ii. It is named as ‘Karavali Karunya’.
iii. It involves both professional exchange and actual disaster response mechanisms which is set on a Tsunami disaster scenario.
iv. It will help in providing relief in a post-tsunami scenario and work together with armed forces, central government agencies and state government departments.
v. During the exercise, there will also be a demonstration using aircraft, a pollution control ship and survey ships.
vi. It will also include setting up of Internally Displaced People camp and static display.

from 18-19 May 2017.Germany chaired the G20 Labour and Employment Ministers’ Meet, as it currently holds the G20 presidency.
i. The meeting focused on the theme “Towards an Inclusive Future – Shaping the World of Work”.
ii. The Indian delegation to G20 Labour and Employment Ministers’ Meet in Germany was led by Union Labour Minister Bandaru Dattatreya. He was accompanied by Labour Secretary M Sathiyavathy and other senior officials.

China, ASEAN Countries Agree on Framework for South China Sea Code of Conduct
China and the member countries of the Association of South East Asian Nations (ASEAN) have agreed to a framework on code of conduct in the disputed South China Sea. 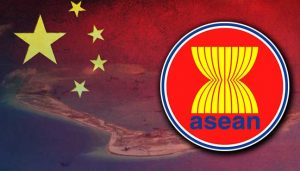 i. The objective of this agreement is to reduce the risk of clashes in the South China Sea, which is one of the busiest waterways in the world.
ii. Chinese and ASEAN officials arrived at the agreement during the meeting held in the Chinese city of Guiyang.
South China Sea – Strategic Perspective:
♦  China claims almost the entire South China Sea, through which about US$5 trillion in goods pass every year. Brunei, Malaysia, Philippines, Taiwan and Vietnam have also laid their claims on South China Sea. 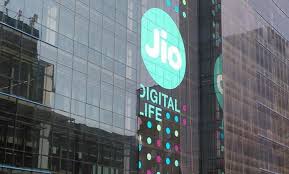 i. RelianceJio got this award for acquiring 90 million customers in a short span of 4 months.
ii. Digital Service Innovator of the Year Award is given to the company or organisation which has made the most significant and innovative contribution to advancing the digital revolution in society.
About TM Forum:
♦ The TM Forum is a non-profit industry association for service providers and their suppliers in the telecommunications and entertainment industries.
♦ TM Forum represents over 850 member companies generating US$2 trillion in revenue and serving five billion customers across 180 countries. 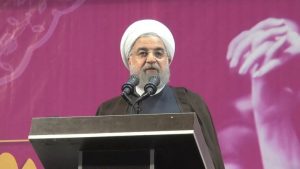 First flight of HTT-40 prototype-2 successful
As per the Hindustan Aeronautics Limited the first flight of prototype-two of India’s indigenous basic trainer aircraft, Hindustan Turbo Trainer-40 (HTT-40) was successful.
Key Points:
i.It is aimed at being used for the first stage training for all flying cadets of the three 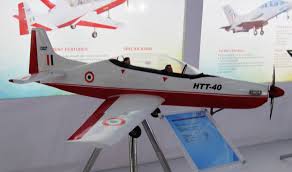 Climate change is turning Antarctica green
According to a new study it is found that there is a sharp increase in biological activity on the continent in the last 50 years.
Key Points:
i. Due to climate change the plant life on Antarctica is growing rapidly.
ii. Scientists from the University of Exeter in the UK tested five cores from three sites and found major biological changes had occurred over the past 50 years right across the Antarctic Peninsula. 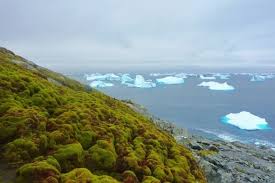 iii. Temperature has been increasing from past half century and it has a severe effect on moss banks growing in the Antarctic Peninsula.
iv. If this continues the Antarctic Peninsula will be a much greener place in the future.
v. Temperature rises suggests that ecosystems will alter rapidly under future warming and leads to major changes in the biology and landscape of this iconic region.
vi. Plant life only exists on about 0.3 per cent of Antarctica, but the findings provide one way of measuring the extent and effects of warming on the continent. 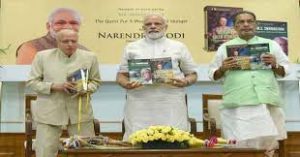 of wheat in India.
ii. He is the founder and Chairman of the MS Swaminathan Research Foundation, Chennai.
iii. In 1987, he was the first recipient of the World Food Prize, considered equal to a Nobel in the field of agriculture.
iv. He was honoured with Padma Shri and Padma Bhusan.
v. He has been named Commandeur of the Order of the Golden Ark of the Netherlands.
vi. He has received the Magsaysay Award for Community Leadership, the Ordre du Merite Agricole of France, and the Golden Heart Presidential Award of the Philippines. 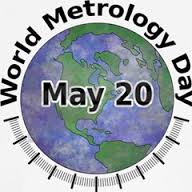 ii. Theme for World Metrology Day 2017 is“Measurements for transport”.
iii. This theme was chosen because transport plays an instrumental role in the modern world. We rely on transport not only to commute, but also to procure food we eat, the clothes we wear, the goods we use and the raw materials from which goods are made.
iv. Doing so safely, efficiently and with minimal environmental impact requires an astonishing range of measurements.