We are here for you to provide the important current affairs may 12 2017 which have unique updates of all daily events from all newspapers such as The Hindu, The Economic Times, PIB, Times of India, India Today, Indian Express, Business Standard, all Government official websites. Our complete current affairs helps you to get more marks in Banking, insurance, UPSC, SSC,CLAT , Railway and all other competitive Exams. 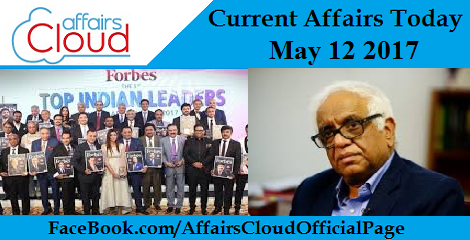 Dalits, Adivasis, Muslims worst off, says Indian Exclusion Report
As per 2016 Indian Exclusion Report (IXR) released by the Centre for Equity Studies (CES) in New Delhi on May 10, 2017 Dalits, Adivasis and Muslims continue to be the worst-hit communities in terms of exclusion from access to public goods.
i. The report has observed that Dalits, Adivasis, Muslims, and persons with disabilities and age-related vulnerabilities are the groups which have consistently been most prone to exclusion from any developments and advancements.
ii. Measures decided for the benefit of Dalits, women and Muslims have not been properly implemented.

CASO reintroduced as part of counter-terror ops in Kashmir
The Army has decided to re-introduce Cordon and Search Operations (CASO) as a “permanent feature” of its campaign against militants.
Key Notes:
i. CASO will be carried out in a major way in militancy-hit areas of Kulgam, Pulwama, Tral, 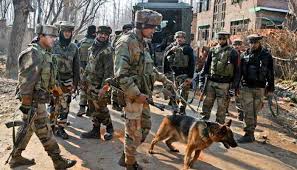 Budgam and Shopian in south Kashmir.
ii. After a gap of 15 years CASO will be a permanent feature as a part of counter-terror operations.
iii. The armed forces had carried out a major operation involving 4,000 troops in south Kashmir last week to flush out militants, indicating a change in strategy.
iv. The main decision to re-introduce CASO as a major feature of the counter-terror operations.
v. The decision comes against the backdrop of anger over the recent killing of young and unarmed Kashmiri Army officer Lieutenant Ummer Fayaz in Shopian by militants.

Ahmedabad to host biggest ever International Yoga Day event on June 21
Ahmedabad is going to host biggest International Yoga Day event on 21st June.
Key Notes:
i. The event will include the participation of 5 Lakh people.
ii. The event would be inaugurated by the state’s Chief Minister Vijay Rupani and BJP president Amit Shah.
iii. It would be jointly hosted by the city’s GMDC and AES grounds.

Telangana first state to have logo for vehicles driven by persons with hearing impairment
Telangana is the first state to introduce a logo for identifying vehicles driven by persons with hearing impairment.
Key Notes:
i. The logo is designed by the Hyderabad-based graphic designer Manikanta Annapragada. He is the first person to obtain a driving license in the hearing impaired category.
ii. The Union Transport Ministry in November 2016 had directed all state governments that if the driver passes regular tests then the driving license should be grant to the person with hearing impairment.
iii. For two-wheelers, the logo should be four inches high and three inches wide on the rear side, and three inches tall and two inches wide on the front.

5 judges of 5 faiths on Supreme Court’s triple talaq bench
The five-member bench of the Supreme Court of India will hear the final arguments of the Islamic practice of triple talaq.
Key Notes:
i. The five-member bench, which is hearing the casecomprises of Chief Justice JS Khehar (Sikh), Justice Kurian Joseph (Christian), Justice Rohinton Nariman (Parsi), Justice UdayLalit (Hindu) and Justice Abdul Nazeer (Muslim).
ii. The Supreme Court will examine the issue and to give a formal declaration of opinion on the constitutional and legal validity of ‘triple talaq’, ‘nikahhalala’ and polygamy practices among Muslims.
iii. Attorney-General Mukul Rohatgi will assist the bench and he will also examine to what extent the court can interfere in the Muslim personal laws. 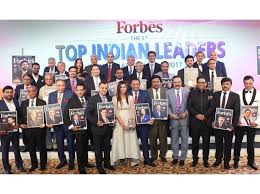 in Executive Management.
i. Most of the top 100 business owners in the Forbes ranking own diversified conglomerates, whereas some of them come from retail, real estate and construction sectors. The top 10 business owners generate up to USD 28.9 billion revenue.
ii. 15 out of the top 50 executives work in banking and financial services companies. 24 of the companies represented by the top 50 executives generate revenue of over USD 1 billion.

Union Road Transport Minister Nitin Gadkari launches NHAI’s first masala bond in UK
The National Highways Authority of India (NHAI) has raised Rs. 3000 crore through Masala Bonds at London Stock Exchange. Funds raised through these Masala Bonds will be used for constructing roads and transport infrastructure in India.
i. The NHAI Masala Bonds issue was launched by Union Road Transport Minister Nitin Gadkari on May 11, 2017, in London.
ii. Initially, issue size of NHAI Masala Bonds was Rs. 1500 crore. Owing to positive response from investors, the issue size was raised to Rs. 3000 crore.These bonds will give 3% annual returns to investors.
iii. It is the largest ever 5-year issuance and also the largest inaugural transaction so far in the masala bond market. 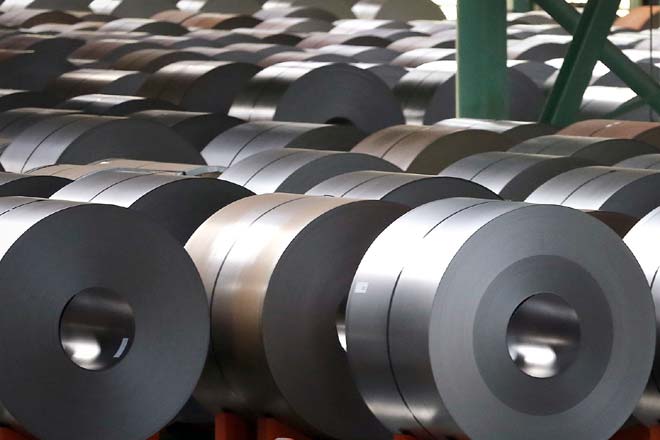 iii. An anti-dumping duty is a protectionist tariff that a government imposes on foreign imports.
iv. The price of the products in anti-dumping duty is below fair market value.
v. Dumping is a process where a company exports a product at a price lower than the price it normally charges in its own home market.

VVS Laxman named an Honorary Life Member of MCC
Former India batsman V V S Laxman was awarded an honorary life membership to the Marylebone Cricket Club (MCC) on 11 May 2017.
i. Laxman is the fifth Indian to receive the honour, after Sachin Tendulkar, Rahul Dravid, Sourav Ganguly and Zaheer Khan.
ii. He was a right-hand batsman, who played mostly in the lower middle order.In 2012, he retired from international cricket.

Bahamas elects Hubert Minnis as new prime minister
Dr. Hubert Minnis has been elected as the new Prime Minister of the Commonwealth of the Bahamas.
Key Notes:
i. He defeated Perry Christie’s Progressive Liberal Party in a 34-5 parliamentary split.
ii. Minnis will be s 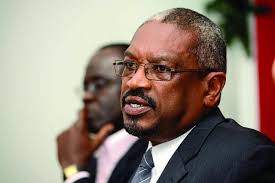 Vinay Mohan Kwatra named new ambassador to France
Vinay Mohan Kwatra named a new ambassador to France. Currently he is a joint secretary in the Prime Minister’s Office.
Key Points:
i. Vinay is a 1988-batch Foreign Service officer. He will succeed Mohan Kumar.
ii. He has an experience of dealing with the UN organisations such as International Labour Organisation (ILO) and World Health Organisation (WHO).
iii. He has also served in Indian diplomatic missions in China and the US.
About France
♦ France PM: Bernard Cazeneuve
♦ France President: Emmanuel Macron
♦ France Capital: Paris
♦ France Currency: Euro, CFP Franc 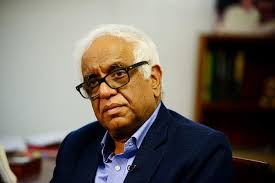 iv. The FIFA Governance Committee deals with, and advises and assists the Council on all FIFA governance matters.
About FIFA
♦  FIFA Formation : 21st May 1904
♦  HQ: Zurich Switzerland
♦  President : Gianni Infantino

Rajnath Singh launches the MHA Mobile Application for Grievances Redressal of CAPF personnel
Home Minister Rajnath Singh has launched a Mobile-based grievance redressal application for central paramilitary personnel, development.
Key Points:
i. The app is launched against the backdrop of huge incidents of troopers taking to social media to voice their complaints.
ii. Family of every trooper killed in action gets a compensation of at least Rs 1 crore.
iii. Rajnath Singh has also launched an exclusive BSFMyApp for the personnel of the Border Security Force.
iv. The BSF app will also help jawans register their complaints and know the details about their pay.
v. The apps, owing to security reasons, will not be available over the android or apple-based play stores.
vi. It can be downloaded from the website of the respective forces and the MHA app from the home ministry’s official portal.

NASA detects signs of water on distant ‘warm Neptune’
Scientists using NASA telescopes have detected “a strong water signature” in the atmosphere of Neptune-sized planet. It could help and understand more about the birth and development of planetary systems.
Key Notes:
i. It shows that the distant planet HAT- P-26b has a primitive atmosphere composed almost entirely of hydrogen and helium. 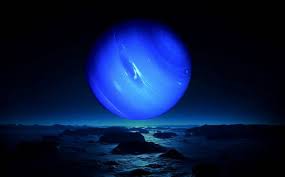 ii. HAT-P-26bs atmosphere is relatively clear of clouds and has a strong water signature.
iii. To study HAT-P-26bs atmosphere, the researchers used data from transits – occasions when the planet passed in front of its host star
iv. The analysis is one of the most detailed studies to date of a “warm Neptune,” or a planet that is Neptune-sized and close to its star.
v. It gives more clues about how a planet formed.It will provide insight into how planets can form and evolve differently than in our solar system

Ramco Group Chairman Ramasubrahaneya Rajha passes away
P.R. Ramasubrahmaneya Rajha, Chairman of Ramco Group, an industrialist has passed away in Rajapalayam on May 11, 2017
Key Notes:
i. He was a philanthropist, educationist and an ardent devotee of the Sringeri Mutt.
ii. Rajha was born in 1936. He was a son of P.A.C. Ramasamy Raja, founder of Ramco Group.
iii. He was graduated from Madura Mills in Madurai.
iv. Rajha also established various industries in Virudhunagar. 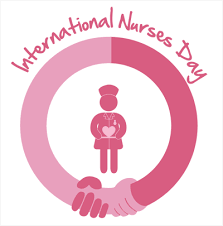 i. The theme of 2017 International Nurses Day (IND) is “Nursing: A voice to lead – Achieving the Sustainable Development Goals”.
ii. This day is celebrated to commemorate the birth anniversary of the Florence Nightingale.
iii. This day is also observed to mark the nurse’s contributions towards people’s health.
iv. The International Council of Nurses (ICN) has celebrated this day since 1965.
v. The President of India Shri Pranab Mukherjee conferred the Florence Nightingale Awards to 35 nurses from across the country on the occasion of International Nurses Day at the Rashrapati Bhavan.