We are here for you to provide the important current affairs May 1 2018 which have unique updates of all daily events from all newspapers such as The Hindu, The Economic Times, PIB, Times of India, India Today, Indian Express, Business Standard, all Government official websites. Our complete current affairs helps you to get more marks in Banking, insurance, UPSC, SSC, CLAT, Railway and all other competitive Exams. 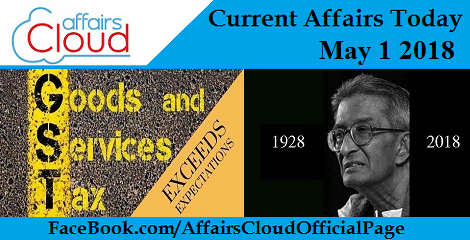 Maharashtra to get new airport in Sindhudurg
Maharashtra State will get a new airport at ParuleChipi in Sindhudurg district, which is expected to be functional by September 2018.
More information about new airport in Maharashtra:
i. This airport is being constructed under the aegis of Maharashtra Industrial Development Corporation (MIDC) by IRB Sindhudurg Airport Pvt. Ltd. on a design-build-finance-operate-transfer (DBFOT) basis.
ii. Estimated cost for constructing this airport is Rs. 520 crore.
iii. Sindhudurg airport will have a 2500-meter runway and in terms of passenger handling capacity, it will be able to handle 200 departing and 200 passengers arriving during peak hours.
iv. Post completion, this airport will provide better connectivity to the Konkan region of Maharashtra, parts of Goa, North Karnataka and Western Maharashtra.
Quick Facts about Maharashtra:
♦ Capital – Mumbai
♦ Current Chief Minister – Devendra Fadnavis
♦ Current Governor – Chennamaneni Vidyasagar Rao
♦ Important National Park – Sanjay Gandhi National Park 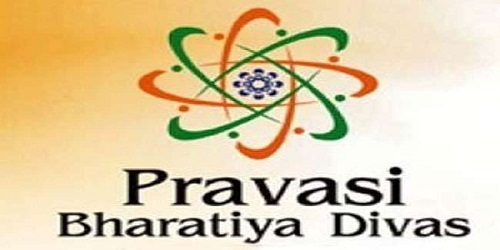 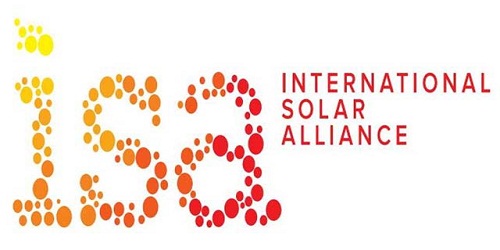 Role of ISA task force in creating ecosystems for startups in solar innovations:
i. The task force is being chaired by SoftBank Group Corp Chairman & CEO Masayoshi Son.
ii. At the meeting of this task force, convened by Federation of Indian Chambers of Commerce and Industry (FICCI) on April 28, 2018, it was decided to identify six star centres of global excellence.
iii. This task force will also develop an overarching innovation strategy to promote innovation in the areas such as solar finance, technologies and applications.
Quick Facts about ISA:
♦ Launched in – November 2015
♦ Headquarters – Gurugram, Haryana, India

Vijay Prahar exercise underway in Rajasthan
20000 troops of Indian Army’s South Western Command are participating in the ongoing ‘Vijay Prahar’ exercise near Suratgarh in Rajasthan.
Vijay Prahar exercise:
i. Objective of this exercise is to fine-tune jointmanship between troops of Indian Army and Indian Air Force (IAF) and maximising the impact of the joint operations
ii. The exercise emphasises on testing fighting capabilities by launching mock offensives with fighting equipment and armed helicopters.
iii. Vijay Prahar will conclude on May 9, 2018.
iv. In context of this news, it is important to note that in April 2018, Indian Air Force conducted ‘Gagan Shakti 2018′, the biggest ever war combat game exercise along Indo-Pakistan and Indo-China borders. 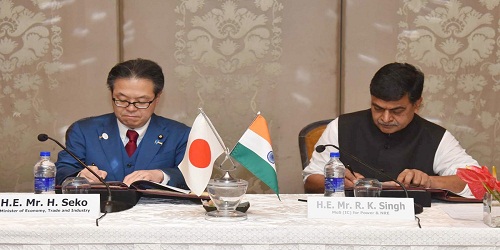 Highlights of 9th India Japan Energy Dialogue:
i. The Indian side was represented by Minister of State(Independent Charge) for Power and New & Renewable Energy, R.K Singh and Japanese side was represented by Minister of Economy, Trade and Industry (METI) Mr. Hiroshige Sekosigned.
ii. In the joint statement issued at the conclusion of the meeting, both India and Japan reaffirmed their commitment to strengthen bilateral energy cooperation and work together in promoting well-functioning energy markets.
iii. It has been agreed that both countries will initiate the discussion towards development of Electric Vehicles (EVs) by collaborating with “Policy dialogue on next generation/Zero emission vehicles”.
iv. Both countries have acknowledged the importance of development and deployment of next generation technologies including hydrogen to realize de-carbonization.
Quick Facts about Japan:
♦ Capital – Tokyo
♦ Currency – Japanese yen
♦ Current Prime Minister – Shinzo Abe
♦ Important Rivers – Shinano, Tone, Ishikari 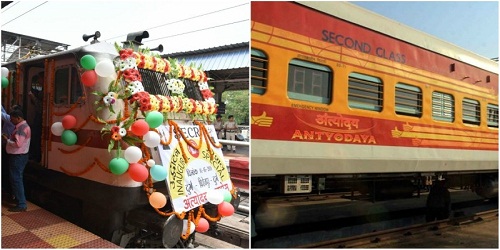 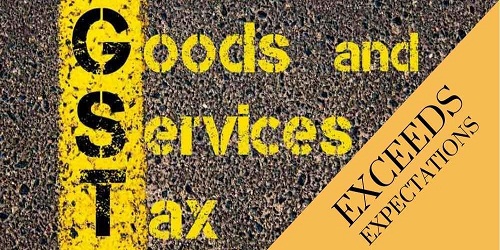 GST Collection for April 2018:
i. Rs 103458 crore GST collection for April 2018 consists Central GST (CGST) worth Rs 18652 crore, State GST (SGST) of Rs 25704 crore, Integrated GST (IGST) of Rs 50548 crore and cess of Rs 8554 crore.
ii. Since roll out of GST in July 2017, April 2018 is the first ever month in which GST collection surpassed Rs. 1 lakh crore mark.
iii. Surge in GST collection has been attributed to implementation of E–way bill system for movement of goods worth over Rs 50000 from one state to another. Inter-state E-way bill system was rolled out from April 1, 2018 while intra-state (movement of goods within state) is being rolled out in phased manner across various states.
Quick Facts about GST:
♦ Rolled out on – July 1, 2017
♦ Type – Indirect Tax 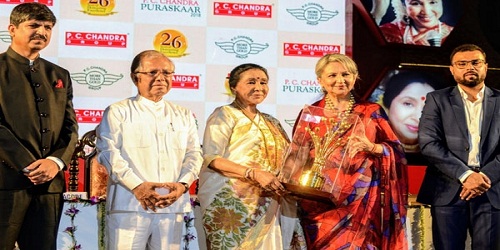 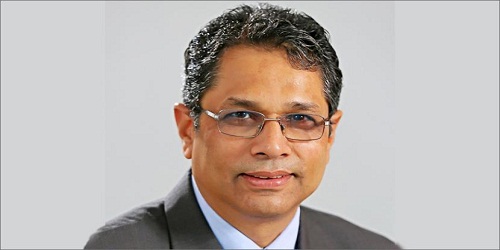 About Sitanshu Ranjan Kar:
i. Sitanshu Ranjan Kar is a 1983-batch IIS officer,  who has served at key positions in various media units of the Ministry of Information and Broadcasting viz. All India Radio (AIR) and Doordarshan.
ii. He joined PIB in 2003. He succeeds Frank Noronha (superannuated on April 30, 2018) as the Director General of Press Information Bureau (PIB).
iii. In 1988, Sitanshu Ranjan Kar became the first Indian to win the prestigious Visnews Fellowship of London, under which, he travelled throughout Europe and North America to experience cutting-edge technologies being used in television news production by leading broadcasters.

WhatsApp CEO Jan Koum quits Facebook
WhatsApp co-founder and CEO Jan Koum has announced his exit from WhatsApp.
WhatsApp CEO Jan Koum quits Facebook:
i. It is said that WhatsApp co-founder and CEO Jan Koum has decided to exit from WhatsApp due to difference of opinion with parent company Facebook because of data privacy, encryption and other issues.
ii. Jan Koum sold WhatsApp to Facebook for over $19 billion in 2014. He has also planned to step down from Facebook’s board of directors.
iii. It is said that, Neeraj Arora is expected to be made the new WhatsApp CEO.
About Facebook:
♦ CEO – Mark Zuckerberg
♦ Headquarters – California, United States

InSight: NASA to launch its first mission to study deep interior of Mars
On May 5, 2018, NASA will be launching ‘InSight’, the first-ever mission dedicated to exploring the deep interior of Mars.
More information about launch of ‘InSight’:
i. ’InSight’ will be launched from Vandenberg Air Force Base in California, US aboard a United Launch Alliance (ULA) Atlas V rocket.
ii. ‘InSight’ stands for Interior Exploration using Seismic Investigations, Geodesy and Heat Transport. It is a stationary robotic lander.
iii. InSight will be NASA’s first mission since the Apollo moon landings to place a seismometer (a device that measures quakes), on the surface of another planet.
iv. It will carry a suite of sensitive instruments to gather data. These instruments include an ultra-sensitive seismometer for detecting marsquakes, which has been built by a multinational team led by France’s Centre National d’Etudes Spatiales and a thermal probe, developed by German Aerospace Center (DLR) that can bury itself up to five metres underground and measure heat flowing from inside the planet.
v. Information collected through this mission will help to know about the earliest stages of Mars’ formation.
vi. On May 5, 2018, Atlas V rocket will also carry a separate NASA technology experiment known as Mars Cube One (MarCO), which consists of two mini-spacecraft and will be the first test of CubeSat technology in deep space.
vii. MarCo is designed to test new communications and navigation capabilities for future missions and may aid InSight communications.
Quick Facts about NASA:
♦ Founded in – 1958
♦ Headquarters – Washington D.C., US 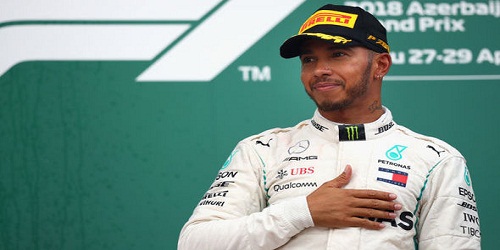 Events leading to Lewis Hamilton’s Victory:
i. Mercedes team’s Lewis Hamilton, who was trailing behind his team mate Valtteri Bottas and Sebastian Vettel of Ferrari, managed to gain top spot after a crash between the Red Bulls affected Sebastian Vettel and Valtteri Bottas suffered a puncture.
ii. Kimi Raikkonen of Ferrari came second while Sergio Perez of Force India came third.
iii. Azerbaijan Grand Prix  was held for the first time in 2017. More information about Harendra Singh:
i. Earlier, Harendra Singh was appointed as the chief coach of the Indian women’s hockey team in September 2017. Under his guidance the women’s team won the Asia Cup title in Japan in October 2017.
ii. However, the team didn’t perform as per expectations in the recently concluded 2018 Commonwealth Games.
iii .Harendra Singh will take over the role of chief coach of the Indian men’s hockey team from Dutchman Sjoerd Marijne, who will now be the chief coach of the women’s national side
iv. This swap is seen as a knee-jerk reaction emanating on account of sub-par performance of both the teams at 2018 Commonwealth Games.
Quick Facts about Hockey India:
♦ Founded in – 2009
♦ Headquarters – New Delhi
♦ Affiliated to – International Hockey Federation (FIH) 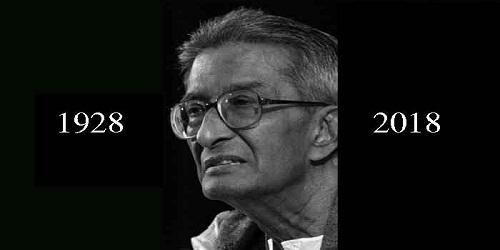 Death of PP Lakshmanan:
i. PP Lakshmanan was 83 years old. He was AIFF (All India Football Federation) Secretary from 1988 to 1996.
ii. He was the vice-president of Kerala Football Association (KFA) from 1971-88. He was KFA President from 1980-88.
iii. Also, he was Executive Committee Member of the Indian Olympic Association for five years.
Some of the national parks in Kerala:
♦ Anamudi Shola National Park
♦ Mathikettan Shola National Park
♦ Eravikulam National Park

Maharashtra Day & Gujarat Diwas
On 1st May 2018, Gujarat and Maharashtra celebrated their Statehood Day.
i. Maharashtra and Gujarat came into existence as states on 1st May 1960. Hence May 1 is marked as Maharashtra Day and Gujarat Day.
ii. On 1st May 1960 Maharashtra and Gujarat were formed on linguistic grounds.
Gujarat to launch month-long water conservation project from May 1:
i. Gujarat Chief Minister Vijay Rupani said that, the Gujarat government will start a month-long initiative named ‘Sujalam Sufalam Water Conservation Initiative’, from 1st May 2018 (Foundation Day of Gujarat) to increase its water conservation capacity.
ii. Activities like deepening ponds, desilting water reservoirs and check dams, cleaning and repairing Narmada canal networks, and executing rain water harvesting projects in urban areas will be done as a part of this initiative.
iii. Through this programme, the government has aimed to raise rain water conservation capacity in Gujarat by 11,000 lakh square feet.
iv. Rs 345 crore has been allotted for this initiative. Various government departments, voluntary organisations, industries, educational and religious institutes, and PSUs will be involved in this initiative.
v. He added that, the Gujarat Government had an aim to revive 32 rivers, over a length of 340 kilometres, as part of the initiative.
vi. Deepening of over 4,000 ponds, 1,500 check dams, 200 water reservoirs, and cleaning and repairing of 5,400 kilometres of canals covering 6,000 villages will be performed.
vii. A committee led by Gujarat Chief Secretary J N Singh has been formed to oversee the project.
Some museums in Gujarat:
♦ Baroda Museum & Picture Gallery
♦ Calico Museum of Textiles
♦ Gandhi Smarak Sangrahalaya

World Labour Day – May 1, 2018
On 1st May 2018, World Labour Day was celebrated all over the world. The theme of the International Labour Day in the year 2018 is “Uniting Workers for Social and Economic Advancement”. 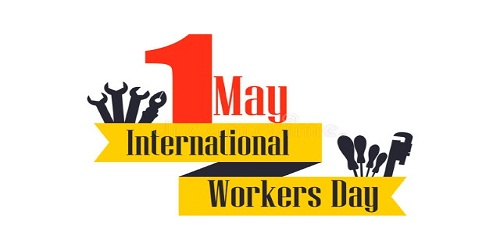