We are here for you to provide the important current affairs March 29 2018 which have unique updates of all daily events from all newspapers such as The Hindu, The Economic Times, PIB, Times of India, India Today, Indian Express, Business Standard, all Government official websites. Our complete current affairs helps you to get more marks in Banking, insurance, UPSC, SSC, CLAT, Railway and all other competitive Exams. 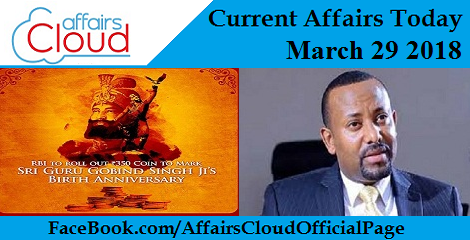 NHAI Joins Hands With AAI For Green Corridor In Varanasi:
i. On 28th March 2018, a MoU was signed by NHAI and AAI for the construction of a green corridor along Varanasi Bypass covering 16.55 km of NH 56 and NH 29.
ii. The Ministry of Road Transport and Highways said that, AAI would provide funds worth Rs 5 crore for plantations and maintenance work under their CSR (Corporate Social Responsibility) funds for 5 years.
iii. The NHAI and AAI have joined hands under “Adopt a Green Highway Programme” as a Corporate Social Responsibility (CSR) initiative of AAI.
iv. It is a step taken by Green Highways Division of NHAI to involve corporates, public sector units, governmental organisations and institutions under CSR and public private partnership for creating green corridor along National Highways.
About National Highways Authority of India (NHAI):
♦ Chairman – Deepak Kumar
♦ Set up – 1988

Greentech Mega Food Park:
i. The Greentech Mega Food Park has been established at a cost of Rs 113.57 crore. It will benefit nearly 25,000 farmers in that region.
ii. The park has been constructed in an area of 85.44 acres. It has central processing centre and 4 Primary Processing Centres (PPCs) at Jaipur, Nagaur, Tonk and Churu.
iii. The park will have facilities for primary processing and storage near the farms. The Central Processing Centre (CPC) will have facilities like Cold Storage, Deep Freeze, Dry Warehouse for Raw Materials, Dry Warehouse for Finished Goods, Pack House, Steam Generator etc.
iv. Harsimrat Kaur Badal said that the park would utilise an additional investment of nearly Rs. 250 crores in 25-30 food processing units. It would bring a turnover of nearly Rs. 450-500 crore every year.
v. She said that the Park will offer direct and indirect employment to over 5,000 persons.
Some National Parks in Rajasthan:
♦ Ranthambore National Park
♦ Desert National Park
♦ Darrah National Park 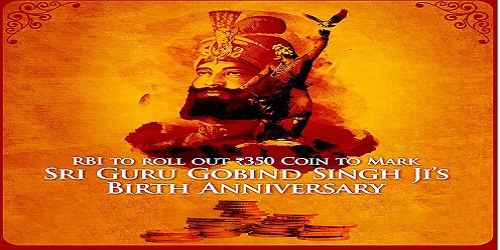 Salient Features of Rs. 350 denomination coin:
i. Circumference of the coin will be 44 millimetres and the weight of the coin could vary from 34.65 grams to 35.35 grams.
ii. It will be made up of Quaternary Alloy – Silver (50 per cent), Copper (40 per cent), Nickel (5 per cent) and Zinc (5 per cent).
iii. The front face of the coin shall bear the Lion Capitol of Ashoka Pillar in the centre with the legend “Satyamev Jayate” inscribed below.
iv. Lion Capital on the front face will be flanked by word “Bharat” in the Devanagari script on the left and word “INDIA” in English on the right periphery.
v. The front face shall also bear the Rupee symbol and denominational value “350” in International Numerals below the Lion Capitol.
vi. The reverse face of the coin shall bear the picture of “Takht Shri Harimandir Ji Patna Sahib”. Inscription “350TH PRAKASH UTSAV OF SRI GURU GOBIND SINGH JI” in Devanagari shall be written on the upper periphery and the same would be written in English language on the lower periphery of the coin.
vii. The reverse face shall also have year “1666” and “2016” in international numerals flanked on the left and right periphery. SEBI accepts most of the recommendations of Uday Kotak Committee on Corporate Governance:
i. SEBI accepted 40 recommendations out of the 80 odd recommendations proposed by the Uday Kotak committee.
ii. Nearly 18 suggestions were rejected, such as sharing information with promoters and significant shareholders, an increase in the number of independent directors on board, minimum compensation to independent directors and more board meetings.
iii. The SEBI committee was formed to review corporate governance rules in June 2017. It is headed by Uday Kotak and has 21 members.
iv. The committee submitted its report on 5th October 2017. The committee had suggested the implementation of its proposals in phases.
Recommendations accepted by the SEBI committee are:
i. SEBI has declared to split the posts of chairperson and managing director, making sure that both are not held by the same person. This change will come into effect on 1st April 2020 for the top 500 companies.
ii. It said that, most of the changes will be effective from 1st April 2019 and 1st April 2020.
iii. It has also approved to impose restrictions on algorithmic trading by introducing a congestion charge for a prescribed slab on trades.
iv. Co-location facilities will be made affordable by allowing brokers to share them.
v. Tick by-tick data feed will be provided to all trading members free of charge.
vi. Cutting of additional expenses charged by mutual funds by 15 basis points has been approved. A basis point is 0.01 percentage point.
vii. A discussion paper has been proposed for developing a framework of compliance with SEBI rules by listed companies in the corporate insolvency resolution process.
viii. The maximum number of listed entity directorships will be reduced from 10 to 8 by 1st April 2019 and then to 7 by 1st April 2020.
ix. The eligibility criteria for independent directors will be expanded based on the suggestions of the committee. Role of the audit committee will be enhanced to improve oversight.
x. The committee has suggested enhanced role for the nomination and remuneration committee and risk management committees.
xi. Companies should disclose utilisation of funds from QIP / preferential issue and disclose auditor credentials, audit fee, reasons for resignation of auditors, etc, besides the expertise / skills of directors.
xii. Companies should furnish detailed information on related party transactions (RPTs) and related parties to be permitted to vote against RPTs.
xiii. Disclosure of consolidated quarterly results will be mandatory with effect from financial year 2019-20.
xiv. The committee has recommended enhanced obligations on the listed entities with respect to subsidiaries and has mandated secretarial audit for listed entities and their material unlisted subsidiaries under SEBI LODR Regulations.
Recommendations accepted by SEBI with modifications:
i. Mandating minimum of 6 directors in the top 1000 listed entities by 1 April 2019 and in the top 2000 listed entities, by 1 April 2020.
ii.Mandating at least one  woman  independent  director  in the  top  500  listed entities by 1 April 2019 and in the top 1,000 listed entities by 1 April 2020.
iii. Separation of CEO/MD and chairperson will be initially mandated to the top 500 listed entities from 1 April 2020.
iv. The quorum for board meetings will be one-third of the size of the board or 3 members, whichever is higher in the top 1,000 listed entities by 1 April 2019 and in the top 2000 listed entities by 1 April 2020.
v.Top 100 entities will have to hold AGMs within 5 months after the end of FY2018-19 and webcast of AGMs will be mandatory for top 100 entities.
vi. Shareholder approval will be needed for royalty / brand payments to related party exceeding 2 per cent of consolidated turnover.
Some of the recommendations referred by SEBI to various agencies (ie, government, other regulators, professional bodies, etc):
Strengthening the role of ICAI, internal financial controls, adoption of Ind-AS, treasury stock, governance aspects of PSEs, etc.
About SEBI (Securities and Exchange Board of India):
♦ Chairman – Ajay Tyagi
♦ Headquarters – Mumbai 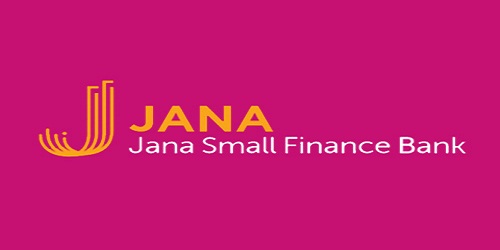 Google Acquires GIF Search Platform Tenor:
i. Cathy Edwards, Director of Engineering, Google Images, said that, Tenor would introduce GIFs in Google Images and services like Gboard easily. It will help users to find and share GIF images easily.
ii. It is said that, Tenor would continue to operate as a separate brand. Google did not reveal the amount for which it acquired Tenor.
iii. Tenor said that, its founders David McIntosh, Erick Hachenburg and Frank Nawabi will continue to lead the company.
About Google:
♦ CEO – Sundar Pichai
♦ Headquarters – California, U.S. 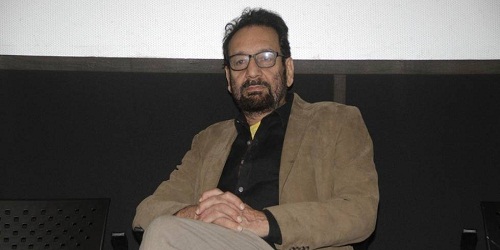 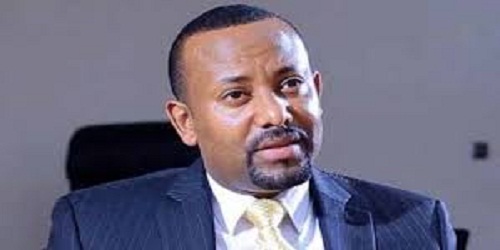 K2-229b: Hot, metallic Earth-sized planet discovered
Scientists have discovered a hot, metallic, Earth-sized planet named “K2-229b” that orbits a dwarf star located 260 million light years away.
K2-229b:
i. K2-229b is nearly 20 % larger in size than Earth and has a mass which is nearly two-and-a-half times greater. Its day side temperature is more than 2000 degrees Celsius.
ii. It is located very close to its host star 0.012 AU. This distance is nearly a hundredth of the distance between the Earth and the Sun.
iii. 0.012 AU is a medium-sized active K dwarf in the Virgo Constellation. K2-229b orbits the star every 14 hours.
iv. Researchers from Aix-Marseille Universite in France and the University of Warwick in the UK utilized the K2 telescope and used Doppler spectroscopy technique to discover K2-229b.
v. Doppler spectroscopy technique is also known as the ‘wobble method’. K2-229b is said to bear similarities with Mercury. Hence, scientists hope that this will be useful in studying about Mercury also.
vi. The dense, metallic nature of K2-229b is said to denote that, its atmosphere might have been eroded by heavy stellar wind, as the planet is very close to its star.
vii. Also, it is said that, K2-229b might have been formed after a big impact between two giant astronomical bodies in space billions of years ago.
About Indian Space Research Organisation (ISRO):
♦ Chairman – Dr. K. Sivan
♦ Headquarters – Bangalore 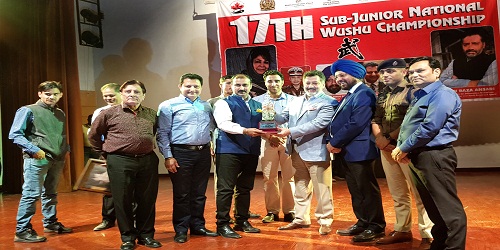 17th Sub-junior National Wushu Championship:
i. 17th Sub-junior National Wushu Championship is conducted for 4 days. It is organised by the the Wushu Association of India jointly with J&K State Sports Council at MA Stadium.
ii. The championship was inaugurated by J&K Youth Services and Sports Minister Imran Raza Ansari at a ceremony at Police auditorium, Jammu.
iii. Around 37 teams are taking part in the championship. It includes more than 1000 boys and girls from all over India and 12 boys from Army.
Some wildlife sanctuaries in Jammu & Kashmir:
♦ Karakoram Wildlife Sanctuary
♦ Hirpora Wildlife Sanctuary