We are here for you to provide the important current affairs March 27 2018 which have unique updates of all daily events from all newspapers such as The Hindu, The Economic Times, PIB, Times of India, India Today, Indian Express, Business Standard, all Government official websites. Our complete current affairs helps you to get more marks in Banking, insurance, UPSC, SSC, CLAT, Railway and all other competitive Exams. 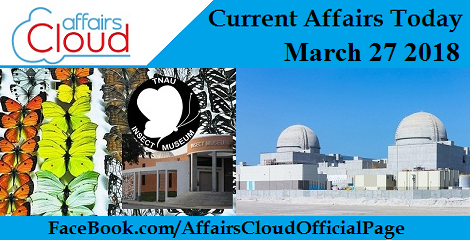 Department of Posts launches Cool EMS Service between India and Japan
Ministry of Communications has introduced the Cool EMS Service between Japan and India with effect from 29.03.2018 that will allow Indian customers to import Japanese food items for personal use.
Cool EMS Service between India and Japan:
i. Cool EMS service is a one-way service from Japan to India. It enables customers in India to import Japanese food items for personal use as allowed under Indian regulations.
ii. In the initial phase, Cool EMS Service is made available only in Delhi. Food items will be carried by Japan Post in special cool boxes containing refrigerant to preserve the food.
iii. Recipient has to collect the parcel from Foreign Post office, Kotla Road, New Delhi within the prescribed time period.
iv. Features such as track and trace, etc. of Express Mail Service (EMS) are also available for Cool EMS service.
About Ministry of Communications:
♦ Minister of state (Independent charge) for Communications – Manoj Sinha
♦ Headquarters – New Delhi 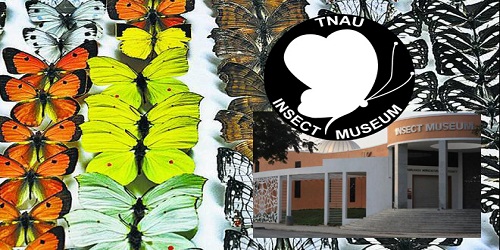 More information about insect museum at the Tamil Nadu Agricultural University:
i. The museum is fully dedicated to insects and claimed to be the first of its kind in India.
ii. It has been set up over 6691 sqft area at the cost of Rs. 5 crore.
iii. Insects preserved as specimens and also live ones, depicting different developmental stages are displayed at this museum.
iv. The lobby of this insect  museum depicts the theme, “BUGS ARE KINGS”.
v. The museum has state-of-the-art amenities including a mini auditorium to screen insect movies and documentary films.
Quick Facts about Tamil Nadu Agricultural University:
♦ Established in – 1868 (as Agricultural School at Saidapet, Chennai)
♦ Relocated to Coimbatore in – 1906
♦ National Institutional Ranking Framework (NIRF) 2017 – 28th  and 17th place in ‘Overall’ and ‘Universities’ categories respectively

Overview of ‘Videsh Aaya Pradesh ke Dwaar’ initiative:
i. Under this initiative, MEA will hold direct interaction with the local media (having wide readership profile) in different cities across India.
ii. Through these interactions, MEA will communicate foreign policy priorities in simple terms and will highlight the benefits accruing to the common people through diplomatic efforts.
iii. Besides, a pool of media professionals interested in foreign policy will also be created.

Government releases Draft policy on Defence Production
Union Defence Ministry has released a draft policy aimed at promoting the domestic defence industry and positioning it to achieve a turnover of Rs 170000 crore in military goods and services by 2025.
Salient Features of Draft policy on Defence Production:
i. The aim of aim policy on Defence Production is to make India self-reliant in terms of Defence Production and also to emerge as one of the top five manufacturers of defence platforms in the world.
ii. Besides, increasing domestic defence production, another goal is to achieve export of Rs 35000 crore in military equipment and services by 2025.
iii. These goals are to be achieved with active participation of public as well as private sectors.
iv. Government has identified 12 military platforms and weapons systems for production, in which India will strive to attain self-reliance.
v. These platforms/systems include fighter aircraft, warships, medium lift and utility helicopters, land combat vehicles, gun systems, missile systems, small arms, ammunition and explosives, electronic warfare (EW) systems, surveillance systems and night fighting enablers.
vi. The draft policy states that licensing process for defence industries and tax regime for domestic manufacturing will also be liberalised. 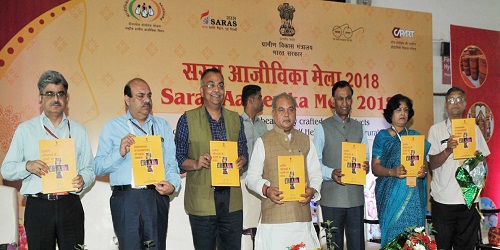 i. The LTTE vessel, A522 named ‘We Ling” was taken by Sri Lankan Navy following the conclusion of the conflict and since then it had been anchored near the Colombo harbor under the Navy’s custody.
ii. As the ship was in unusable condition, the Navy initially intended to sell it as scrap metal. However, as a suitable bid was not submitted, the decision was taken to sink the ship.
iii. The sunk ship will become home to a number of aquatic animals and corals. Sri Lankan Government is also considering plans to make the location a diving/tourist destination.
Quick Facts about Sri Lanka:
♦ Capital – Colombo
♦ Currency – Sri Lanka rupee
♦ Current President – Maithripala Sirisena
♦ Important Stadium in Sri Lanka – R. Premadasa International Cricket Stadium US-India ‘greeting and training’ Naval exercise:
i. Till now, TRCGS was deployed in Arabian Gulf in operations against the Islamic State. It will now be in the U.S. 7th Fleet area, responsible for counter-piracy, and training operations.
ii. As a part of this exercise, INS Tarkash sailed in formation with aircraft carrier USS Theodore Roosevelt  and the guided-missile destroyers USS Preble, USS Halsey and USS Sampson.
iii. Besides navigating in specific formations, the exercise also included communication drills which offered unique opportunity to sailors from both the sides to enhance interoperability and learn from one another.
Quick Facts about United States of America:
♦ Capital – Washington D.C.
♦ Currency – US Dollar
♦ Current President – Donald Trump
♦ Neighbouring Countries – Canada, Mexico U.A.E. Completes First of Four Korean-Built Nuclear Reactors:
i. Unit 1 of the Barakah complex will start loading fuel in May 2018. On 26th March 2018, South Korean President Moon Jae-in participated in a ceremony to celebrate the facility’s completion.
ii. It has not been mentioned when this unit will begin power generation.
iii. The Federal Authority for Nuclear Regulation will issue an operating license for Barakah Units 1 and 2 after all regulatory requirements are met.
iv. Barakah Unit 1 is the first of the four nuclear plants that U.A.E has planned to put in to operation by 2021.
v. The estimated cost of these plants is $25 billion and will produce a combined 5,600 megawatts of power.
Some important lakes in India:
♦ Longest lake in India – Vembanad, Kerala
♦ Highest lake in India – Cholamu Lake, Sikkim
♦ Largest saline water lake in India – Chika Lake, Orissa 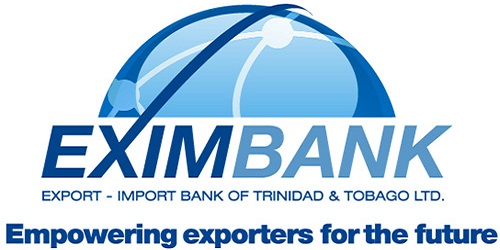 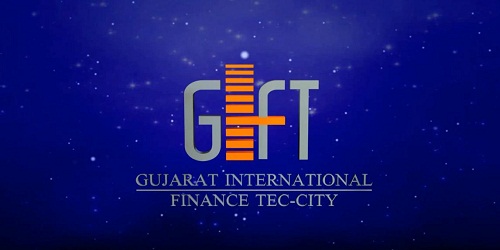 Details about GIFT – Deloitte MoU:
i. GIFT City, located near Gandhinagar in Gujarat  is a global business district offering a platform for business opportunities in international and domestic business operations while DTTILLP is the Indian arm of multinational professional services network Deloitte.
ii. As per the terms of the MoU, GIFT-IFSC and DTTILLP will cooperate to provide quality professional services to support the establishment of businesses in IFSC.
iii. GIFT-IFSC and DTTILLP will also cooperate in organising seminars and conferences on selected topics for enhancement of the GIFT IFSC.
Quick facts about Deloitte:
♦ Founded in – 1845
♦ Headquarters – London, United Kingdom (UK)

AAI signs MoU with Assam govt to develop villages in Kamrup
On March 26, 2018, Airport Authority of India (AAI) signed a memorandum of understanding (MoU) with Assam government for sustainable development of human settlements at villages in Kamrup district.
Details about AAI-Assam Govt. MoU:
i. Activities carried out under this MoU will be part of AAI’s Corporate Social Responsibilities (CSR) initiative.
ii. As per the terms of this MoU,  AAI would provide financial assistance of Rs 4.58 crore for Kamrup district.
iii. This amount has been decided as per the estimates prepared by the United Nations Development Programme (UNDP) to improve the resilience of communities around Guwahati Airport.
Quick Facts about Airports Authority of India (AAI):
♦ Founded in – 1995
♦ Headquarters – New Delhi
♦ Current Chairman – Dr. Guruprasad Mohapatra 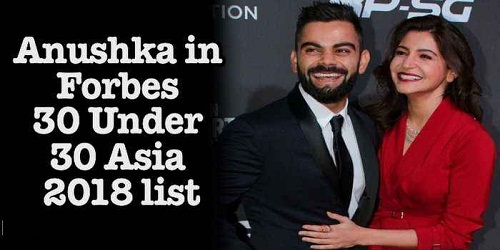 NASA, SpaceX collaborate “TESS” to search for exoplanets
NASA and SpaceX have tied up to search for exoplanets using NASA’s Transiting Exoplanet Survey Satellite (TESS).
NASA, SpaceX collaborate “TESS” to search for exoplanets:
i. It has been planned to launch Transiting Exoplanet Survey Satellite (TESS) on a SpaceX Falcon 9 rocket from Cape Canaveral Air Force Station in Florida on 16th April 2018.
ii. TESS will stay between the moon and the Earth for a minimum of two years. It will scan for alien entities.
iii. George Ricker, leader of the TESS team, said that, TESS would discover nearly 500 Earth-sized planets within 300 light-years from here.
iv. TESS will survey 200,000 of the brightest stars near the sun to search for exoplanets. It will find exoplanets that periodically block a part of the light from their host stars. These events are called transits.
About National Aeronautics and Space Administration (NASA):
♦ Acting Administrator – Robert M. Lightfoot Jr.
♦ Headquarters – Washington, DC, US 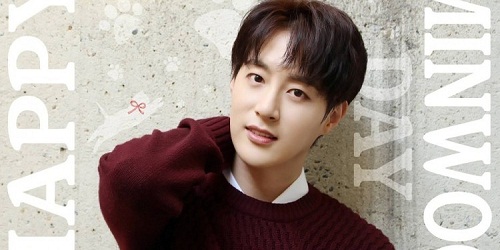 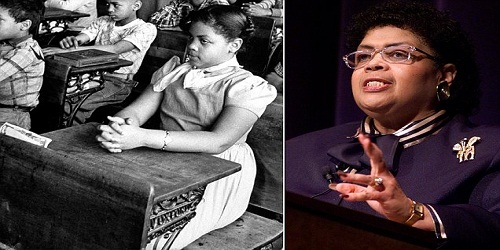 Death of Linda Brown:
i. Linda Brown was 75 years old. In 1950s, Linda’s father tried to enroll her in an all-white school near their home. But she was denied admission and was told to approach an all-black school that was far away.
ii. Linda’s father filed a case against this in the court. On 17th May 1954, the Supreme Court declared that segregation was unconstitutional. This helped to end segregation in US schools.
iii. In 1988, Linda Brown along with her sister founded the Brown Foundation for Educational Equity, Excellence and Research.
Some important bird sanctuaries in India:
♦ Mangalavanam Bird Sanctuary – Kerala
♦ Khichan Bird Sanctuary – Rajasthan
♦ Suchindram Theroor Birds Sanctuary – Tamil Nadu