We are here for you to provide the important current affairs March 16 2018 which have unique updates of all daily events from all newspapers such as The Hindu, The Economic Times, PIB, Times of India, India Today, Indian Express, Business Standard, all Government official websites. Our complete current affairs helps you to get more marks in Banking, insurance, UPSC, SSC, CLAT, Railway and all other competitive Exams. 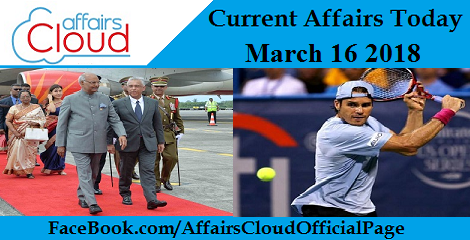 Lok Sabha passes Payment of Gratuity (Amendment) Bill, 2017
On March 15, 2018, Lok Sabha passed Payment of Gratuity (Amendment) Bill, 2017 which seeks to authorise Central Government to fix tax-free gratuity amount and period of maternity leave with an executive order.
i. Under the Payment of Gratuity Act, 1972, formal sector workers with five or more years of service are eligible for maximum Rs. 10 lakh tax-free gratuity after leaving job or at time of superannuation.
ii. After implementation of 7th Central Pay Commission recommendations, ceiling of gratuity amount for central government employees was increased from Rs 10 lakh to Rs 20 lakh……………………………………….Click here to Read more

Tamil Nadu Neutrino project gets environmental nod
Union Ministry of Environment and Forests (MoEF) has granted environmental clearance for setting up India-based Neutrino Observatory (INO) project at Bodi West hills in Theni district of Tamil Nadu.
Environmental clearance for INO Project:
i. In November 2017, Tamil Nadu State Expert Appraisal Committee had observed that proposed site forms part of the catchment area of various streams that contribute to the Vaigai watershed.
ii. However, considering the national importance of the project, MoEF took up the proposal at the Central level as a special case and granted environmental clearance with 17 conditions.
iii. Among these, most important condition is to obtain Tamil Nadu Pollution Control Board (TNPCB) consent to establish and operate the project.
iv. The INO project, jointly supported by Department of Atomic Energy (DAE) and Department of Science and Technology (DST) envisages building a world class underground laboratory to study properties of neutrinos (subatomic particles produced by the decay of radioactive elements). 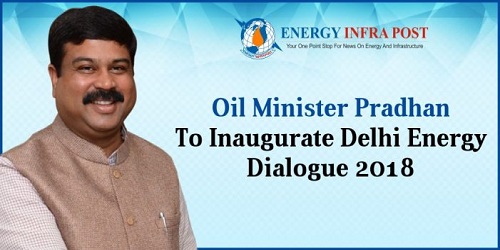 Details about Delhi Energy Dialogue (DED) 2018:
i. The dialogue was organised by Ashden India Collective (AIC) in alliance with the Climate Parliament and The Energy and Resources Institute (TERI).
ii. The dialogue served as a platform for stakeholders in the field of energy and power to deliberate on key developments and challenges for ‘energy for all’ in India.
iii. While inaugurating the dialogue, Mr. Pradhan stated that India is a happening place for energy as every day 40 million people are going to hydrocarbon retail points to meet their demand and 190 million people are getting the benefit of subsidies.
iv. He also added that by 2040, India’s energy consumption will grow by compound annual growth rate (CAGR) of 4 per cent and India currently offers 1 lakh crore of bio-fuel and bio-energy business to the world. Asia-Pacific Regional Conference of IACP:
i. Theme of the conference: Challenges to Policing in 2020 – How is Cyber Space shaping our approach to Cybercrime and Terrorism, how do we perform within it and take advantage of it.
ii. The conference was organised by the Asia-Pacific World Regional Office (APWRO) of IACP along with Intelligence Bureau.Intelligence Bureau Director Rajiv Jain was the host of the conference.
iii. Main focus of the conference: discussions on exploitation of cyber space by terrorist or organized groups for committing crimes and illegal activities. Ways to prevent such activities was discussed.
iv. Participants: President of IACP, Mr. Louis M. Dekmar, other senior executives of IACP, representatives from police organisations of Asia-Pacific region, heads of police forces of states and union territories of India and chiefs of Central Police Organisations of India.
About IACP (International Association of Chiefs of Police):
♦ President – Louis M. Dekmar
♦ Headquarters – Alexandria, Virginia, United States

Ministry of Health launches LaQshya program to benefit pregnant woman and newborn
The launch of ‘LaQshya’ program that aims to improve quality of care in labour room and maternity Operation Theatre (OT), was recently announced by Ministry of Health and Family Welfare.
LaQshya:
i. Aim: LaQshya aims to enhance quality of care for pregnant women in labour room, maternity Operation Theatre and Obstetrics Intensive Care Units (ICUs) and High Dependency Units (HDUs).
ii. Implementation: It will be implemented at all Medical College Hospitals, District Hospitals and First Referral Unit (FRU), and Community Health Center (CHCs).
iii. This program will reduce maternal and newborn mortality count. It will offer Respectful Maternity Care (RMC) to all pregnant women in public health facilities.
iv. This program will implement ‘fast-track’ initiatives to obtain results in 18 months.
v. In order to improve critical care in Obstetrics, dedicated Obstetric ICUs at Medical College Hospital level and Obstetric HDUs at District Hospital will be implemented through this program.
vi. The quality improvement in labour room and maternity OT will be monitored through NQAS (National Quality Assurance Standards).
vii. Facility that obtains 70% score on NQAS will be given LaQshya certification.  Facilities that obtain more than 90%, 80% and 70% score will be awarded Platinum, Gold and Silver badge respectively.
viii. Facilities that obtain NQAS certification, required quality indicators and 80% satisfied beneficiaries will receive Rs 6 lakh, Rs 3 lakh and Rs 2 lakh as incentive for Medical College Hospital, District Hospital and FRUs respectively.
About Ministry of Health and Family Welfare:
♦ Minister of Health – Jagat Prakash Nadda
♦ Ministers of State for Health – Ashwani Kumar Choubey, Anupriya Patel SEBI Raises Currency Derivatives Trade Limit to $100 Mn
Securities and Exchange Board of India (SEBI) has raised the exposure limit under exchange traded currency derivatives (ETCD) for residents and foreign portfolio investors (FPIs) to USD 100 million across all currency pairs. Currency Derivatives Exposure Limit:
i. This decision comes after RBI raised the exposure limit to USD 100 million in February 2018.
ii. ETCD, in USD/INR, EUR/INR (Euro), GBP/INR (Great British Pound) and JPY/INR (Japanese Yen) are primarily used by Indian exporters and importers and foreign portfolio investors (FPIs) to hedge their risk against currency price fluctuations.
iii. It is to be noted that for taking positions within the prescribed limit, corporate/individuals are not required to present any proof on underlying exposure.
iv. Earlier exposure limit was USD 15 million for USD-INR contracts and USD 5 million for other currency pairs.
v. Increasing exposure limit will help the participants to better manage their risk and will also improve the liquidity in the instrument.
vi. However, onus of keeping the exposure within the new prescribed limit rests with participants. Besides, it is a combined limit across all exchanges.
vii. For taking positions beyond the prescribed limit, entities/individuals will have to provide a proof of underlying exposure.

Muthoot Finance ties up with Global IME bank for money transfer service to Nepal
On March 15, 2018, Muthoot Finance Ltd., the flagship company of Muthoot Group tied up with Global IME Bank to expand its money remittance services between Indo-Nepal Corridor.
Details about Muthoot Finance – Global IME Bank tie-up:
i. As per the terms of the tie-up, Nepali migrant residing in India would be able to transfer money instantly (by paying nominal charge of Rs. 200) to their families in Nepal from any of the 4600 branches of Muthoot Finance.
ii. In Nepal, 193 branches and more than 7000 pay out centres of Global IME Bank will serve as remittance receiving points for Nepali families.
iii. Millions of Nepali migrants residing in business cities of India like Delhi, Mumbai, Kolkata and Bengaluru and also in the states of Punjab and  Uttar Pradesh will get benefit of this facility without opening a bank account.
Quick Facts about Muthoot Finance:
♦ Founded in – 1939
♦ Headquarters – Kochi, Kerala
♦ Current Chairman – M. G. George Muthoot 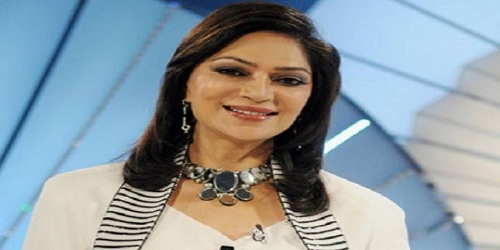 Simi Garewal – UK Golden Flame Award:
i. Simi Garewal is an actress and a talk show host. She has been honoured with this award for her contribution to Indian cinema.
ii. The Tongues of Fire UK Asian Film Festival is held between 15 and 25 March 2018. It is held in London, Leicester, Manchester and Edinburgh.
About Film and Television Institute of India (FTII):
♦ Chairman – Anupam Kher
♦ Location – Pune, Maharashtra

India’s first cloned Assamese buffalo born:
i. The Assamese buffalo clone calf named Sach-Gaurav was born on 22nd December 2017 through a normal delivery.
ii. The calf was born to a Murrah buffalo. The Assamese buffaloes were seen only in the north-east India. They were mostly used for agricultural work.
iii. The birth weight of the calf was 54.2 kg. It was healthy and had normal physiological parameters.
About Indian Council of Agricultural Research-CIRB:
♦ Objective – to conserve superior animals of all buffalo breeds
♦ ICAR-CIRB Director – Inderjeet Singh

Railways introduces innovative analytical approach to locomotive scheduling to enhance productivity
Indian Railways has launched an innovative analytical approach to enhance the deployment of electric and diesel locomotives run passenger trains.
Innovative analytical approach to locomotive scheduling:
i. A software dependent mathematical decision support system will be utilised to improve the productivity of locomotives.
ii. This system has been developed by Ministry of Railways along with experts. It is implemented all over India.
iii. This system finds out the minimum number of locomotives needed to run all the passenger trains according to time table, also fulfilling the maintenance and operation necessities at the same time.
iv .In Budget 2018-19 a project to implement this process of locomotive link optimization using decision support system software in Indian Railways has been sanctioned. It will be implemented by Centre for Railway Information Systems (CRIS).
About Centre for Railway Information Systems (CRIS):
♦ Purpose – develops and manages the Information Technology applications of the Indian Railways
♦ Function under – Ministry of Railways

Retirement of Tommy Haas:
i. Tommy has announced his retirement at the age of 39. He became world number two in May 2002.
ii. He bagged silver medal in the Olympic Games in 2000. He has achieved 569 career wins. He was made Tournament Director at Indian Wells in 2016.
About Tommy Haas:
♦ German former professional tennis player
♦ Born – 3 April 1978 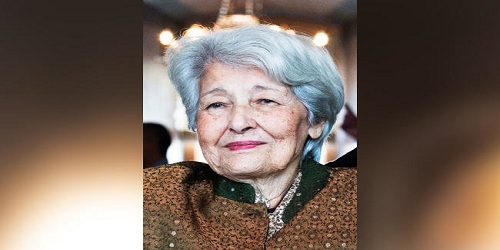 Death of Emily Nasrallah:
i. Emily Nasrallah was 87 years old. She started her career as a journalist. She published her first book “Birds of September” in 1962.
ii. She was born in 1931.  She stayed in Lebanon along with few other women writers during the civil war and wrote about the war.
Some important boundary lines:
♦ Line of Actual Control – India & China on the Northern border
♦ Line of Control – India & Pakistan
♦ Durand Line – Afghanistan & Pakistan 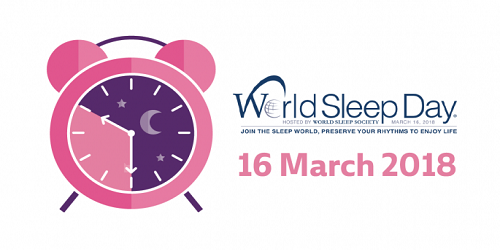