On March 15, 2018, Lok Sabha passed Payment of Gratuity (Amendment) Bill, 2017 which seeks to authorise Central Government to fix tax-free gratuity amount and period of maternity leave with an executive order.

Payment of Gratuity (Amendment) Bill, 2017 was introduced by Labour Minister Santosh Kumar Gangwar in the Lok Sabha during the winter session. 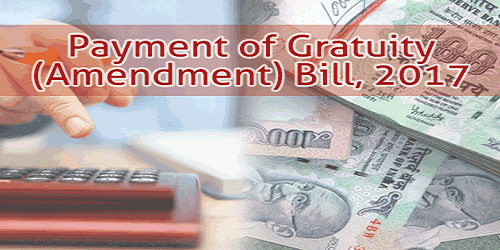