We are here for you to provide the important current affairs March 13 2018 which have unique updates of all daily events from all newspapers such as The Hindu, The Economic Times, PIB, Times of India, India Today, Indian Express, Business Standard, all Government official websites. Our complete current affairs helps you to get more marks in Banking, insurance, UPSC, SSC, CLAT, Railway and all other competitive Exams. French President Emmanuel Macron’s India Visit
i. France is the 9th largest foreign investor in India with a cumulative investment of $6.09 billion as on October 2017.
ii. In context of this news, it is important to note that bilateral trade between India and France for the period from April 2016 to March 2017 stood at $10.95 billion.
iii. Indian and French companies and government entities signed deals worth 13 billion Euros across areas like aviation, renewable energy and waste management.
iv. Indian Prime Minister Narendra Modi and French President Emmanuel Macron inaugurated Uttar Pradesh’s biggest solar power plant in Mirzapur district.
v. First ever Indo-French Knowledge Summit was held in New Delhi from 10th to 11th March 2018 and coincided with the state visit of French President Emmanuel Macron to India.
vi. French Minister of Higher Education, Research and Innovation, Frederique Vidal inaugurated an Indo-French Centre of Excellence (CoE) in Bengaluru, Karnataka………………………………………………………..Click here to Read more 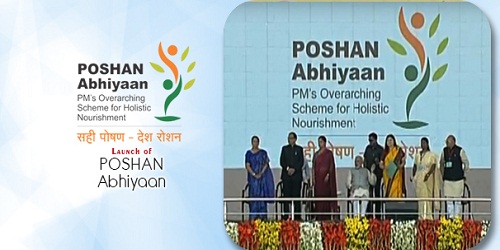 Schemes launched by PM Modi in Varanasi:
i. Firstly, PM Modi inaugurated a 101-megawatt solar power plant in Mirzapur along with visiting French President Emmanuel Macron.
ii. PM Modi announced Ayushman Bharat scheme to ensure better healthcare facilities for the poor. He expressed hope that this scheme will go a long in taking care of hospital expenses of poor.
iii. Besides, he also launched Pradhan Mantri Poshan Mission Yojana to ensure nutrition to children, especially girls.
iv. During the course of this visit to Varanasi, PM Modi also laid the foundation stone of various development projects worth over Rs. 800 crore and flagged off a new train – Kanshi-Patna Jan Shatabdi Express – between Varanasi and Patna. Union Home Minister’s Medal for Excellence in Police Investigation:
i. This award will be presented to best investigators of police forces of the states, union territories and central investigating agencies.
ii. Eligibility: Officers ranging from Sub-Inspector to Superintendent of Police are eligible for this award.
iii. Based on the average crime data for the last 3 years, 162 medals will be presented annually. Out of this, 137 medals are for states and UTs and 25 medals are for central investigating agencies: National Investigation Agency (NIA), Central Bureau of Investigation (CBI) and Narcotics Control Bureau (NCB).
iv. This is based on the crime data that has been published by the National Crime Records Bureau (NCRB) for 2013, 2014 and 2015.
v. Distribution of medals will be reviewed once in every 3 years on the basis of average crime data. A quota of medals has been allocated for Women Investigators.
vi. Nominations from states, UTs and central investigating agencies based on recommendations from a state-level committee lead by an ADG rank officer will be invited by Bureau of Police Research & Development (BPRD).
vii. A screening committee in BPRD will process the applications and approval will be given by a sanctioning committee in MHA (Ministry of Home Affairs).
viii. The awardees list will be released on 15th August every year. A certificate signed by the Union home minister and a medal will be presented to the awardees and their names will be published in the gazette of India.
About National Investigation Agency (NIA):
♦ Director General – Yogesh Chander Modi
♦ Headquarters – New Delhi 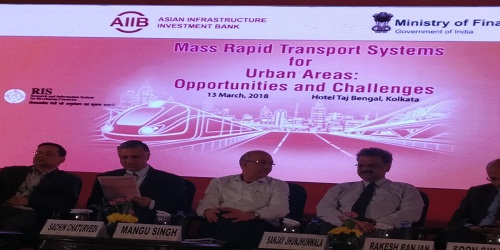 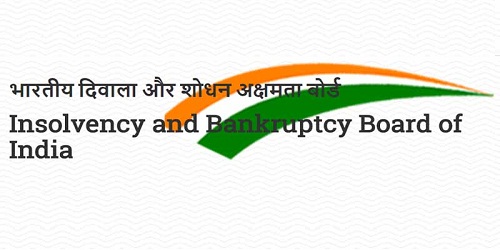 Details about IBBI – RBI agreement:
i. As per the terms of the agreement, IBBI and RBI will assist and co-operate with each other by sharing of information and resources for effective implementation of the Bankruptcy Code.
ii. IBBI and the RBI would also hold joint meetings at regular intervals for discussing matters of mutual interest.
iii. The agreement also envisages cross-training of staff, capacity building of insolvency professionals and financial creditors.
Quick Facts about IBBI:
♦ Formed in – 2016
♦ Headquarters – New Delhi
♦ Current Chairperson – M.S. Sahoo 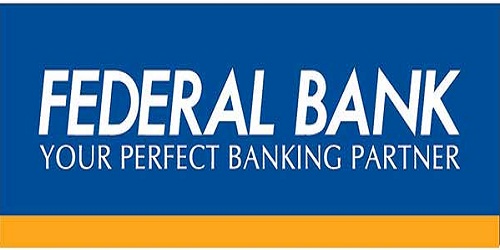 Federal Bank’s strategic tie-ups for PIS:
i. Reserve Bank of India’s Portfolio Investment Scheme enables NRIs to purchase and sell shares and convertible debentures of Indian companies on a recognized stock exchange through their NRI Savings Account with a designated bank branch.
ii. Including the above stated entities, Federal Bank has partnered with total nine broking companies, for providing NRI clients, the facility to invest in shares and debentures of Indian companies in the secondary market.
iii. These strategic tie-ups are in line with Federal Bank’s objective to double the PIS business in terms of a number of accounts and total volume.
Quick Facts about Federal Bank:
♦ Founded in – 1931
♦ Headquarters – Kochi, Kerala
♦ Current MD & CEO – Shyam Srinivasan

SBI reduces charges on non-maintenance of minimum balance
India’s largest bank, State Bank of India has slashed charges for non-maintenance of Average Monthly Balance (AMB) in savings accounts by nearly 75 per cent.
Revised charges for non-maintenance of Average Monthly Balance (AMB) in SBI:
i. Charges for non-maintenance of AMB for customers in Metro and Urban centres have been reduced from a maximum of Rs 50 per month plus Goods and Services Tax (GST) to Rs 15 plus GST per month while for Semi-Urban and Rural centres, the charges have been reduced  from Rs 40 to Rs 12 per month.
ii. The revised charges will be effective from April 01, 2018.
iii. The decision has been taken in wake of criticism that SBI earned hefty income of Rs 1771 crore in just eight months from depositors who failed to maintain balance in their bank accounts.
iv. As per current norms of SBI, MAB requirement in metro cities and urban centres is Rs 3000, while for semi-urban and rural areas, it is Rs 2000 and Rs 1000 respectively.
v.However, basic savings bank deposits (BSBD) accounts, accounts of pensioners, beneficiaries of social benefits from the government and accounts of minors are exempted from the MAB requirement.
Quick Facts about State Bank of India (SBI):
♦ Renamed in – 1955
♦ Headquarters – Mumbai, Maharashtra
♦ Current Chairman – Rajnish Kumar Salient Features of ICICI Bank’s ‘InstaOD’ facility:
i. Currently, this facility is only for a few lakh of pre-qualified current account customers of ICICI Bank.
ii. The pre-qualified customers can get overdraft facility up to Rs 15 lakh for a year anytime, anywhere using ICICI bank’s Internet and mobile banking app.
iii. For availing the OD under this facility, the customer has to select the limit required, confirm the details and submit the application by following simple steps.
iv. On basis of repayment track records, the OD facility can be renewed on annual basis.
Quick Facts about ICICI Bank:
♦ Founded in – 1994
♦ Headquarters – Mumbai, Maharashtra
♦ Current MD & CEO – Chanda Kochhar
♦ Tagline – ‘hum hai na’, ‘khayaal aapka’

Nasscom, FB, WeWork unveil design studio in Bengaluru
On 12th March 2018, Nasscom along with Facebook and WeWork launched Design4India Studio in Bengaluru, Karnataka.
Design4India Studio:
i. Design4India Studio is a dedicated design studio for web, mobile, augmented reality and virtual reality platforms for start-ups and designers.
ii. It aims to eliminate the gap between design and technology by providing spaces for start-ups and designers to explore, innovate and build together.
iii. Design4India studio has been built at WeWork’s facility in Bengaluru.  It aims to introduce the element of design in the early stage of young companies and offer the skills and tools required.
About Nasscom:
♦ President – R Chandrashekhar
♦ Headquarters – New Delhi 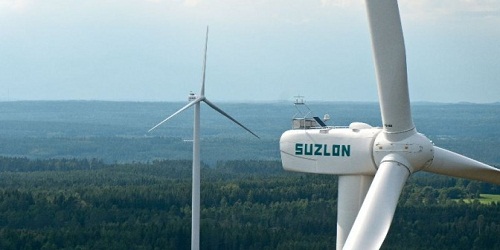 Suzlon commissions India’s largest wind turbine generator:
i. The first prototype of S128 has been commissioned at Sanganeri, in Tamil Nadu. It is under testing. It is expected to be certified in 2018.
ii. The S128 WTG is available in 2.6 MW to 2.8 MW variants. It offers hub heights up to 140 meters.
iii. Suzlon Energy also claims that the wind mill also consists of India’s largest rotor blade of size 63 m with a rotor diameter of 128 m.
About Suzlon Group:
♦ Group CEO – J P Chalasani
♦ Headquarters – Pune, Maharashtra 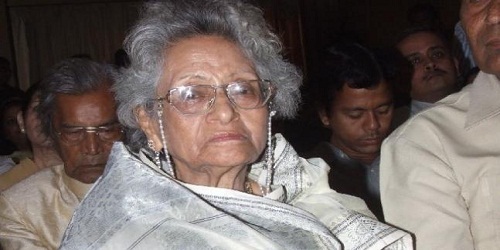 Death of Begum Hamida Habibullah:
i. Begum Hamida Habibullah was 102 years old. She was a former Rajya Sabha member.
ii. She entered politics and joined the Congress party around 1965. She became an MLA from Haidergarh.
iii. She was made the state minister of social and Harijan welfare, national integration and civil defence from 1971 to 1973. She was tourism minister from 1971 to 1974.
iv. She was also a member of the Executive Committee of Uttar Pradesh Congress Committee (UPCC) till 1980. She was the president of Mahila Congress, UPCC, in the 1972 to 1976 period.
Some wildlife sanctuaries in Uttar Pradesh:
♦ Bakhira Sanctuary
♦ Chandra Prabha Wildlife Sanctuary
♦ Hastinapur Wildlife Sanctuary

Ch Kamalamma, the veteran Communist leader passes away
On 11th March 2018, Ch Kamalamma, a Communist leader, passed away after suffering from old age-related ailments, at a private hospital in Telangana.
Death of Ch Kamalamma:
i. Ch Kamalamma was 90 years old. She hailed from Warangal, in Telangana.
ii. She was also a freedom fighter. She was a part of the post-Independence armed struggle to fight against the rule Nizams of Hyderabad.
iii. She joined the struggle at the age of 15 years as part of Telangana Liberation Struggle by Communist Party of India (CPI). She was secretary of the CPI Mahila Samakhya for a long time.
About Communist Party of India (CPI):
♦ Founded – 1925
♦ Headquarters – New Delhi