French President Emmanuel Macron was on a four-day official visit to India from 9th to 12th March, 2018. 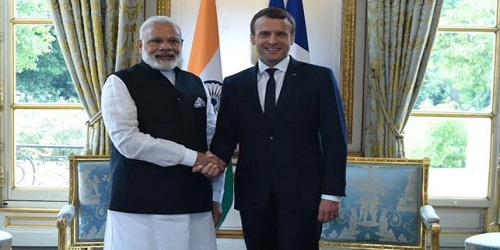 On March 10, 2018, Indian Prime Minister Narendra Modi and visiting French President Emmanuel Macron held delegation-level talks in New Delhi. Following is the List of MoUs/Agreements signed between India and France during the visit of President of France to India.

India, France sign strategic pact on use of each other’s military bases

On March 12, 2018, India and France signed a strategic pact providing for the use of each other’s military facilities including opening naval bases to warships.

First ever Indo-French Knowledge Summit was held in New Delhi from 10th to 11th March 2018 and coincided with the state visit of French President Emmanuel Macron to India.