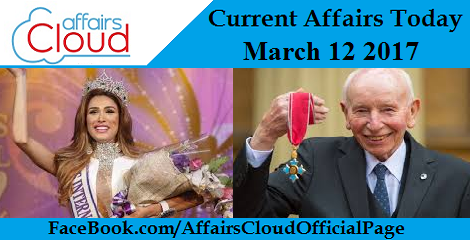 Admiralty (Jurisdiction and Settlement of Maritime Claims) Bill, 2016 passed in Lok Sabha
i. The Admiralty (Jurisdiction and Settlement of Maritime Claims) Bill, 2016 was passed in Lok Sabha on March 10, 2017. The bill was introduced in Lok Sabha on November 21, 2016 by the Minister of State for Shipping, Mr. Mansukh Mandaviya.
ii. The bill seeks to make changes in the existing laws on civil matters of admiralty jurisdiction of courts (jurisdiction of courts of law over cases concerning ships or the sea), proceedings on maritime claims, and arrest of ships.
iii .The bill will repeal five obsolete British statues on admiralty jurisdiction in civil matters:
(a) the Admiralty Court Act, 1840
(b) the Admiralty Court Act, 1861,
(c) Colonial Courts of Admiralty Act, 1890,
(d) Colonial Courts of Admiralty (India) Act, 1891, and
(e) the provisions of the Letters Patent, 1865 applicable to the admiralty jurisdiction of the Bombay, Calcutta and Madras High Courts.
iv. The need for changes in these laws arises from the fact that presently, admiralty jurisdiction of Indian courts, flow from laws enacted in the British era. These five repeals will give a new strength to the jurisdiction over maritime issues.
v. The new law will give power to High Courts located in coastal states of India, which was earlier limited to the Bombay, Calcutta and Madras High Courts.
vi. The new legal framework will be applicable on every vessel irrespective of place of residence or domicile of owner. However it will not apply on warships and naval auxiliary and vessels used for non-commercial purposes.

Union Minister of State for Skill Development and Entrepreneurship Rajiv Pratap Rudy and Union Minister of State for Home Kiren Rijiju
iii. Archana Ramasundaram, Director General of SSB signed the memorandum on behalf of the SSB. After the MoU, SSB will be able to provide employment to its retiring personnel and also to those who are already retired.
iv. This MoU will not only benefit the SSB Personnel but also their dependents and the people like school dropouts, victims and potential victims of human trafficking living in the area where SSB is deployed.
v. Kiren Rijiju launched an in house developed mobile app named “MySSB” and praised the efforts of Inspector (Ministerial) Gautam Basak in developing the application.
vi. Through this app employees can be updated about their service related details and grievance details. Also the app can be used to access the details of salary & allowance, GPF subscription, service particulars including posting profile etc.

Central Railway unveils India’s first air-conditioned rail ambulance
i. Central Railway zone of Indian Railway unveiled India’s first air-conditioned rail ambulance on 9 March 2017.  The four-coach air conditioned ambulance will be station at Kaylan (Maharashtra) and has been made by modifying AC coaches used for passenger services.
ii. The idea for this rail ambulance came after the Diva-Sawantwadi train got derailed in Raigad district of Maharashtra in May 2014.
iii. This rail ambulance which has been designed at the rail workshop at Matunga in Mumbai, can carry and treat 50 patients at one time. It will prove beneficial as it can carry accident victims to hospital in a short time. It also has an in house operation theatre to carry out minor surgeries and provide immediate relief.
iv. When not in use for accident purpose the rail ambulance will also be used for providing medical facilities in large congregations.

SBI incorporates wholly owned subsidiary for premises and estate matters of SBI
i. The State Bank of India on March 11, 2017 has legally incorporated SBI Infra Management Solutions Pvt. Ltd. (SBIIMS Pvt. Ltd.) as a wholly owned subsidiary of SBI. SBIIMS Pvt. Ltd. will now manage the premises and estate related matters of SBI.
ii. The new subsidiary will save the time of bank employees who earlier performed these non-core functions. Now these employees can handle the core functions of the bank and increase the efficiency. 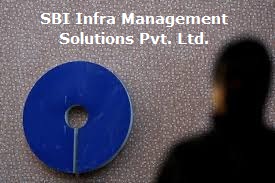 iii. SBIIMS Pvt. Ltd. will handle the advisory services, transaction management, facility management and implementation of policies and initiatives.
iv. In the initial phase this new subsidiary will have 400 registered offices and will look after work related to premises and estate of State bank Group. Each local head office centre of SBI will have one circle office of SBIIMS and and about 100 zonal offices at administrative office centres of SBI will be opened.

YES Bank signs 3 projects of smart city for payments-related solutions
i. Private sector lender Yes Bank has signed three projects to provide payments-related solutions to smart cities. The bank finds it as a good business opportunity.
ii. Yes Bank has currently ties up with Udaipur, Nashik and Puducherry for the introduction of digital payment systems under the smart city initiative.
iii. This tie up will prove fruitful for the bank as it is follows a revenue share arrangement. It means that the bank will get some per cent commission on the usage of its facility. This will also benefit the bank as it will get new clients and help in cross-selling.
iv. Yes bank has already started its services in Udaipur by introducing RuPay card for payment for government services and retail services. It will also roll out its service in Puducherry by end of April and in Nashik in May.
v .As per the bank in Nashik the main focus will be on government payments, while in Puducherry the bank will be launching a prepaid card for tourists.
Yes Bank
♦ Headquarters: Mumbai
♦ CEO: Rana Kapoor
♦ Founded: 2004

Thai Model Crowned Transgender Beauty Queen Title
i. Thailand’s Model, Jiratchaya Sirimongkolna win was crowned Miss International Queen 2016 on March 10, 2017 in the 12th edition of the beauty pageant event in Pattaya City, Thailand.
ii. Miss International Queen began in the year 2004 and has been held annually in Pattya City since then and is considered the largest and the most popular transgender pageant of the world.
iii. The 12th edition of the show was to be held in November 2016 but was postponed due to the national mourning of the death of Thailand’s king.
iv. The beauty pageant brings together transgender people from around the world and is held to help transgender women feel more accepted by society.
v .The 25-year old Jiratchaya beat 24 other contestants for the crown. Besides, Brazil’s Nathalie Oliveira won the second place while Venezuala’s Andrea Collazo was awarded the third position. 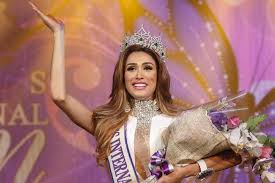 Narendra Kumar Appointed New Chairman of Central Water Commission
i. Narendra Kumar has been appointed as the new Chairman of the Central Water Commission (CWC), with effect from March 9, 2017 upon the superannuation of former Chairman GS Jha.
ii. A Central Water Engineering Service (1979 batch) officer, Narendra Kumar  became CWC member (river management) in October 2014.
iii. Before this, Kumar had served in the Commission as its assistant director in Design Organisation, deputy director in Project Appraisal Directorate and director in Dam Safety Organisation and Project Monitoring Directorate.
About Narendra Kumar
♦ Narendra Kumar was born on October 11, 1957. He holds a master of technology degree in structural engineering from IIT-Delhi. He has also a bachelors degree in civil engineering from IIT-Roorkee.
♦ He has served as senior joint commissioner in Union Water Resources Ministry’s Command Area Development wing from 2002 to 2005.

Great Barrier Reef Witnessing Mass Coral Bleaching for Second Year
i. In the first set of survey for the year 2017, scientists in Australia have revealed that the iconic Great Barrier Reef is experiencing mass coral bleaching for a second year in a row for the first time.
ii. After a survey conducted over the Reef between Townsville and Cairns on March 9, 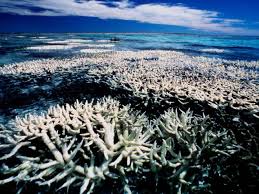 2017, the Great Barrier Reef Marine Park Authority informed that the widespread damage is being caused to the reef due to an underwater heatwave.
iii .In 2016, similar bleaching event occurred which killed off 22% of coral. While the more remote northern section of the reef found severe bleaching in 2016, coral bleaching in 2017 has been mainly documented in the central part of the Reef, which last year escaped widespread severe bleaching and is more commonly visited by tourists.
iv. Bleaching happens when algae that lives in the coral is expelled due to stress caused by extreme changes in temperatures, turning the coral white and putting it at risk of dying.
v. The back-to-back recurrence of widespread coral bleaching indicated there was not enough time between last year’s extreme heat event for the corals to fully recover.
vi. Marine Park Authority experts and scientists will again conduct the survey in March end to resurvey 1150 reefs along the entire Great Barrier Reef.
vii. As per the researchers, this bleaching highlights the importance of global action on climate change and the urgent need to implement the Paris Agreement to reduce greenhouse gas emissions.
viii .The Great Barrier Reef is the world’s largest collection of coral reefs, with 400 types of coral, 1,500 species of fish and 4,000 mollusc species, and is the habitat of wildlife such as the dugong ‘sea cow’ and the large green turtle.

India ranked 132 in the latest edition of FIFA ranking
i. In the latest FIFA ranking for the month of March Indian Football team dropped two places and is now ranked at 132nd spot as compared to 130 in February FIFA ranking. The rankings were released on 9 March 2017.
ii. Currently Indian team has 233 points which is 11 less than what it had in the month of February i.e 244 points.
iii. Argentina is at the top in FIFA ranking with 1644 points, followed by Brazil at second spot with 1534 points and Germany at third spot with 1443 points. Chile and Belgium are ranked at fourth and fifth respectively in the FIFA rankings for the month of March.
iv. While in the Asian Football Confederation rankings, India is at the 19th spot among 46 teams. Iran which is ranked 33rd in FIFA tops the Asian Football Confederation rankings.
♦ Captain of Indian National Football Team: Gurpreet Singh Sandhu
♦ Coach: Stephen Constantine

John Surtees, British F1 Legend Dies At 83
i. John Surtees, the only racer to win both Formula One and Motorbike’s 500cc category World Championship died on March 10, 2017 in London. He was 83. 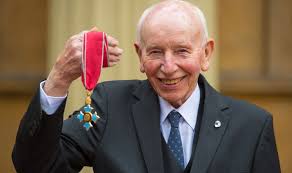 ii. The former world champion won four 500cc world titles (1956, 1958, 1959 and 1960) as well as three consecutive 350cc championships (1958-1960) with motorbike.
iii .Surtees later moved to the world of car racing where he made his Formula One career debut for Lotus at the Monaco Grand Prix in Monte Carlo.
iv. He was signed by Ferrari in 1963 and won the World Championship with the Italian team in 1964 at the Nürburgring and one at Monza.

Former DSA President Sood Passes Away
i. Former football player Umesh Sood passed away in New Delhi on March 12, 2017. He was 73.
ii. He was the president of Delhi Football Association(DSA) from 1993 to 1998.
iii. He was honoured by the AIFF and made manager of the Indian team in international tournaments.
iv. Umesh played for clubs like New Delhi Heroes and City Club in the Delhi Senior Division League
v. He also played hockey for Khalsa Blues in the Delhi Hockey League and for Butlerian Club in basketball.