We are here for you to provide the important current affairs March 10 2018 which have unique updates of all daily events from all newspapers such as The Hindu, The Economic Times, PIB, Times of India, India Today, Indian Express, Business Standard, all Government official websites. Our complete current affairs helps you to get more marks in Banking, insurance, UPSC, SSC, CLAT, Railway and all other competitive Exams. 26th GST Council meeting held in New Delhi
On 10th March 2018, the 26th meeting of the GST Council was held at Vigyan Bhawan, New Delhi.The GST council was informed that CBEC and GSTN have begun detailed data analytics on the available data sets.
i. The council recommended the introduction of e-way bill for inter-State movement of goods all over India from 01st April 2018.
ii. It has been decided to extend the available tax exemptions on imported goods for 6 more months beyond 31.03.2018
iii. The provisions for deduction of tax at source (TDS) under section 51 of the CGST Act and collection of tax at source (TCS) under section 52 of the CGST Act will be suspended till 30.06.2018…………………………..Click here to Read more

Rajasthan passes bill for death penalty for rape of girls aged 12 & below
On 9th March 2018, a bill approving death penalty to those convicted of raping or gang-raping a girl who is aged 12 years or below, was passed by Rajasthan assembly.
Death penalty for rape of girls aged 12 & below in Rajasthan:
i. Rajasthan has become the second state in India after Madhya Pradesh to approve death sentence for those convicted of raping girls aged 12 years and below.
ii. Gulab Chand Kataria, Rajasthan home minister, introduced the Criminal Laws (Rajasthan Amendment) Bill, 2018 in the assembly. It was passed by a voice vote.
iii. Sections 376-AA and 376-DD have been added in the Indian Penal Code, 1860, in regard with rape and gang-rape of young girls.
iv. It provides that, whoever rapes or gang-rapes a girl up to 12 years of age shall be punished to death or a rigorous imprisonment for a minimum of 14 years and 20 years respectively for the sections. This can be extended for imprisonment of the offender’s whole life along with fine.
Some National Parks in Rajasthan:
♦ Darrah National Park
♦ Desert National Park
♦ Ranthambore National Park 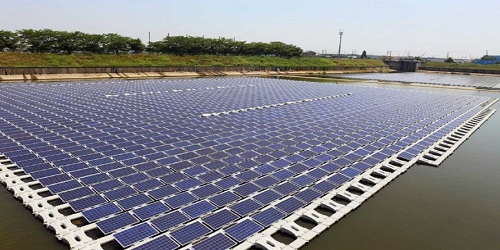 Swachh Shakti 2018 celebrated in Lucknow
On the occasion of International Women’s Day,The Ministry of Drinking Water and Sanitation, in association with the Government of Uttar Pradesh, organized aWomen’s Convention called Swachh Shakti 2018 at Lucknow. Swachh Shakti 2018 has been hosted by Uttarpradesh Government.
Key events of Swachh Shakti 2018
i. 8000 women sarpanches, 3000 women Swachhagrahis and women champions from across the country were recognised for their outstanding contribution towards making a Swachh Bharat.
ii. The event included a special exhibition, launch of a film celebrating Swachh Shakti and flagging off of 30 Swachhata Raths that will travel across the State, spreading the message of sanitation at the grassroots.
iii. The Union Minister of Drinking Water and Sanitation, Sushri Uma Bharti, complimented the commitment made by the Uttar Pradesh government to make the State Open Defecation Free (ODF) by October 2018.
Aim of Swachh Bharat Mission
♦ On October 2nd, 2014 The Swachh Bharat Mission has been launched, by the Prime Minister, Shri Narendra Modi, is aimed at achieving a Clean and Open Defecation Free (ODF) India by 2nd October, 2019. From these efforts, 314 districts and 3.23 lakh villages and 9 States and 2 UTs have been declared ODF. The sanitation coverage has more than doubled from 38.70% to 78.98% since the launch of the Swachh Bharat Mission.
Some important wildlife sanctuaries in Uttar Pradesh:-
♦ Dudhwa National Park (Tiger Reserve) , Bakhira Wildlife Sanctuary , Pilibhit Tiger Reserve, Kaimoor Wildlife Sanctuary, National Chambal Sanctuary, Nawab Ganj Bird Sanctuary. Purpose of WE -Hub
i. WE-HUB will promote women-led, women-owned enterprises in Telangana.
ii. It is a platform which is open to all kinds of innovations including a tech start-up, a start-up in social innovation or an idea which is completely and radically different.
iii. It will encourage women from rural and urban backgrounds helping them achieve being independent and overcome the societal barriers.
Other Important events on WE Hub 2018:-
1.WE Hub was launched by Tessy Thomas, Director, ASL, DRDL and Vani Kola, Managing Director of Kalaari Capital, in the presence of IT & Industries Minister KT Rama Rao.
2.Former Joint Director for Electronics Promotions of Telangana,Deepthi Ravula has been appointed as the CEO of WE Hub.
3.Six MoUs were signed at the WE-Hub launch event.WE Hub will forge several partnerships and collaborate with all the 32 incubators in Hyderabad.
About T-Hub & WE –Hub
♦  T-Hub – It is meant for technology startups
♦ WE Hub – It will be open for all kinds of startups led by women

PM inaugurates two-day National Legislators Conference
On March 10,2018, Prime Minister Narendra Modi inaugurates a two-day National Legislators Conference at the Central Hall of Parliament House.
i. The theme of the conference is – “We For Development”.
ii. Motive of the conference:- It will be a platform for Members of Parliament such as MPs, MLAs, Legislative Assemblies and Legislative Councils to share  their ideas,plans or experience for country development. Development and optimum use of resources will be the subjects on agenda for discussions.
iii. Participants:- The conference will be attended by Union Ministers, including Arun Jaitley, J P Nadda, Nirmala Sitharaman, Suresh Prabhu, Narender Singh Tomar, Prakash Javadekar and Dharmendra Pradhan. WINGS INDIA 2018
♦ WINGS INDIA 2018 is a platform for interactions, forging alliances, investments and air connectivity between the States and the global aviation players & stakeholders.The conference will focus on fostering partnership to transform Indian aviation and the role of conducive regulatory framework to facilitate growth of civil aviation market.
Other points to be noted:-
i. The event was attended by senior ministers of Telangana Government and senior officials of Ministry of Civil Aviation, DGCA, AAI and representatives from FICCI.
ii. It will witness the presence of 125 exhibitors and 35 CEOs. Apart from the conference and exhibition, other events such as Roundtables on Tourism, Cargo and Logistics and Skills and G2B and B2B meetings are scheduled. More than 300 B2B meetings are scheduled during the event.
iii. FICCI is set to launch its maiden edition of ‘WINGS INDIA AWARDS’ for Excellence in the aviation sector in 14 categories.
Some recent events held at Hyderabad:-
♦ 38th Annual Conference of Indian Society of Nephrology Southern Chapter held at Hyderabad  in February 2018.
♦ World Congress on Information Technology (WCIT 2018) at HICC in February 2018.
♦ MINING TODAY-2018, an International Conference-cum-Exhibition at HITEX Exhibition Centre, Hyderabad from 14-17 February, 2018.

KVGB rolls out ‘Vikas She Plus’ loan scheme for women entrepreneurs
Karnataka Vikas Grameena Bank (KVGB) has introduced ‘Vikas She Plus’, a loan scheme for women to help them with new ventures and for expanding or modifying their existing businesses.
Vikas She Plus:
i. The Vikas She Plus scheme offers loan up to a maximum of Rs 2 lakh. Repayment period for the loan is 60 months under this scheme.
ii. KVGB aims to reach out to 5,000 women entrepreneurs under the ‘Vikas She Plus’ scheme by the end of this financial year.
iii. KVGB has stated that, it has offered loans amounting to Rs 22 crore to nearly 2,500 women on the day the scheme was launched itself.
About Karnataka Vikas Grameena Bank (KVGB):
♦ Chairman – S Ravindran
♦ Head Office – Dharwad, Karnataka Passport details made mandatory for loans above Rs.50 crore after PNB fraud:
i. The Passport details have been mandated for loans worth Rs 50 crore and above, to take immediate action and to inform related authorities to prevent defaulters from flying out of India.
ii. Also, for all existing loans of over Rs 50 crore, banks have been mandated to obtain passport details of borrowers within 45 days.
iii. This step has been taken as a preventive measure after Nirav Modi has been alleged to have defrauded Punjab National Bank (PNB) of Rs 12,700 crore and has escaped from India.
About Punjab National Bank (PNB):
♦ MD & CEO – Sunil Mehta
♦ Headquarters – New Delhi i. He was awarded the Nobel Prize for medicine or physiology in 2002, along with two of his former colleagues, for work aiding the understanding of how genes control cell division and cell death in organisms.
ii. Sir John founded the Sanger Institute – then called the Sanger Centre – at Hinxton, near Cambridge.