We are here for you to provide the important current affairs june 8 2017 which have unique updates of all daily events from all newspapers such as The Hindu, The Economic Times, PIB, Times of India, India Today, Indian Express, Business Standard, all Government official websites. Our complete current affairs helps you to get more marks in Banking, insurance, UPSC, SSC, CLAT, Railway and all other competitive Exams. 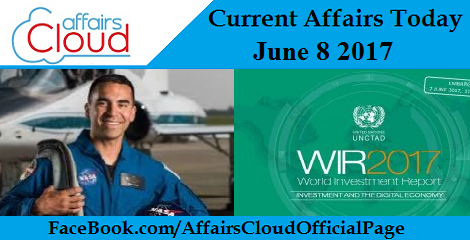 Centre clears kambala Bill
The Prevention of Cruelty to Animals (Karnataka Amendment) Bill 2017 has cleared by the Union Ministry of Law and Justice on June 8, 2017 .
i. Now the bill will send it to the President for his assent, said Union Minister of State for Law and Justice P.P. Choudhary.
ii. The bill was passed by Karnataka Legislative Assembly to exempt kambala and bullock-cart racing from the ambit of the Prevention of Cruelty to Animals Act, 1960 on February 13, 2017 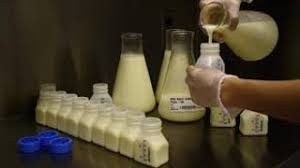 Tamil Nadu govt signs MoU with Aviation Ministry for implementation of UDAN scheme
Low-cost flight services are set to be in towns like Hosur and Neyveli in Tamil Nadu in the first phase of implementation of the Centre’s UDAN(“Ude Desh ka Aam Naagrik” ) scheme  to promote regional air connectivity.
i. In the presence of Chief Minister K Palaniswami the state government signed a Memorandum of Understanding(MoU) with the Civil Aviation Ministry for the implementation the scheme at the secretariate on June 8, 2017
ii. During the signing of the MoU ,Chief Secretary Girija Vaidyanathan, Transport Minister M R Vijayabaskar, Civil Aviation Secretary, R N Choubey, and Airports Authority of India Chairman, Guruprasad Mohapatra were also present .
iii. UDAN making regional connectivity  at low cost so that common people could opt for air travel. 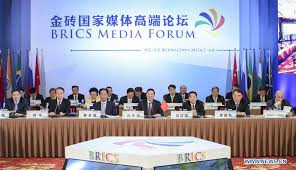 i. Cai Mingzhao, President of Xinhua News Agency and executive president of the BRICS Media Forum announced that Xinhua will provide 1 million U.S. dollars to establish the BRICS Media Fund.
ii. This fund will be utilised for the implementation of the action plan to strengthen cooperation among BRICS Media.

WHO revises antibiotics protocol
In an effort to curb antibiotic resistance, World Health Organization (WHO) has divided the drugs into three categories viz. ‘access’, ‘watch’ and ‘reserve’ and has specified utilisation norms for each category. This is considered as the biggest revision of the antibiotics section in the 40-year history of the essential medicines list (EML).
i. WHO antibiotic protocol – Categories:
1.‘Access’ category 2.‘Watch’ category 3.‘Reserve’ category
ii. This categorisation will serve as guidelines for member countries and will help in curbing antibiotic resistance. 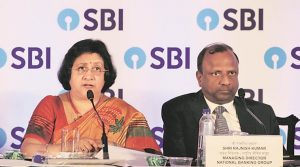 ank of India took a step to meet nearly 10,000 farmers to understand their credit needs and also to provide finance help.
i. The meeting organized at the bank’s 15,500 rural and semi-urban branches across the country on June 8, 2017
ii. During the meeting, branches will make some arrangements to get applications for fresh loans and also renewal or enhancement of existing loan.
iii. Depends on the upcoming kharif season, SBI tracks the lending to farmers in line with the scale of finance fixed for various crops. For crop loans up to Rs 3 lakh, the effective interest rate is only 4 per cent per annum, if the repayment is made on time.
iv. Last year, the agriculture sector witnessed a growth of 4.1 per cent and the trend is likely to continue.

US, China, India to be top prospective destinations for FDI – UNCTAD
According to the ‘World Investment Report 2017: Investment and the Digital Economy’, published by United Nations Conference on Trade and Development (UNCTAD), US, China and India are considered as top prospective destinations for foreign direct investment (FDI).
i. In 2016, global FDI flows reduced marginally by 2% to $1.75 trillion. This reduction is on account of weak economic growth and significant policy risks perceived by multinational enterprises.
ii. There was a major decline (about 14%) in FDI flows to developing countries. However flows to developed countries rose by 5%.
iii. US attracted highest, $391 billion FDI inflows in 2016.

Fortune 500: Tesla and 19 Companies Joined the List in 2017
Elon Musk’s electric car startup Tesla along with other 19 companies has featured in 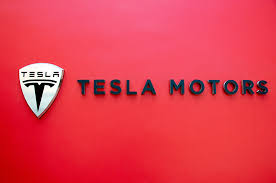 Fortune magazine’s annual list of America’s top 500 companies for the first time.
More Details about Fortune 500 Companies:
i. Tesla ranked 383 on the list on account of stellar sales growth of 73% last year.
ii. Walmart topped the Fortune 500 list for fifth year in a row.
iii. The combined total revenue of all 500 companies in the list touched $12.1 trillion, which is 65% of the U.S. GDP.
iv. This year’s entry threshold was at least $5.1 billion in annual revenue.

India among top five consumer markets in Asia: BMI Research
India places among the top five consumer markets in Asia. It becomes an average of 6.1 per cent over the next five years in retailer consumer spending growth.
i. According to BMI Research, a Fitch Group company, China, Sri Lanka, Vietnam, India and Indonesia represent five favorite consumer markets in Asia, to be the strongest consumer spending growth over its forecast period to 2021.
ii. A real consumer spending growth is expected to see an average of 6.1 per cent over this five-year period, with 2017 coming in at 6.2 per cent.
iii. Increasing access to consumer credit, lower inflation, and a more favorable regulatory environment for foreign-owned retailers bodes well for India’s consumer sectors over the coming years.
iv. E-commerce has been dominated by local firms such as Flipkart and Snapdeal. Amazon is recently announced USD 500 mn investment to roll-out online food retailing in India.
v. Due to the high mobile penetration in the country, bricks-and-mortar retailers are also beginning to enter the e/m-commerce segment.

Indian-American Raja Chari selected by NASA among 12 new astronauts
Lt Col Raja Chari is the first Indian American after Kalpana Chawla to be chosen by NASA for one of its missions from 18,000 applicants at NASA’s Johnson Space Center in Houston.
i. The 12 new candidates include six military officers, three scientists, two medical doctors, a lead engineer at SpaceX and a NASA research pilot. 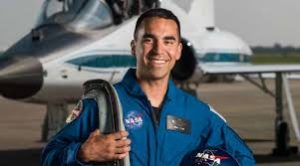 ii. The candidates will be trained for missions into Earth orbit and to deep space. Chari has been selected by the NASA to join the 2017 Astronaut Candidate Class. He will report for duty in August to begin his two years of training as an Astronaut Candidate
iii. This mission is to be started with seven men and five women comprise the 22nd class of American spaceflight trainees since 1959. This is the largest group NASA has selected in almost two decades.
iv. People had to meet some physical requirements and also having a bachelor’s degree in a STEM field or accumulating up to 1,000 hours of piloting jets to get selected in NASA.
v. The event was set inside the Johnson Space Center’s Space Vehicle Mockup Facility in front of a full-scale engineering model of NASA’s Orion spacecraft.
About Raja Chari
♦ Lt Col Raja “Grinder” Chari, 39, is a commander of the 461st Flight Test Squadron and the director of the F-35 Integrated Test Force at Edwards Air Force Base in California.
♦ Hailing from Waterloo, Iowa, Chari earned a Master’s degree in aeronautics and astronautics from MIT and graduated from the US Naval Test Pilot School. His father is from India.

LVB appoints BK Manjunath as part-time chairman
Lakshmi Vilas Bank has appointed B K Manjunath as a part-time chairman for three years on June 8, 2017
i. LVB informed the stock exchange that subsequent to approval granted by the Reserve Bank of India ( RBI), the Board of Directors of the bank at their meeting have co-opted B K Manjunath as additional director in the category of Non- Executive and Independent Director.
ii. Manjunath is a member of Institute of Chartered Accountants of India and a practicing charted accountant for the last 25 years.
iii. He has experience and knowledge in project financing, business administration and management. He specialized in audit, Manjunath is acting as an advisor, consultant and represented various groups of industries and MNC companies in India.
iv. He regularly appears before various Income Tax secretariat department authorities, Income tax appellate tribunal, settlement commission etc.
v. He had also served as an Independent director of the Bank during the period from 2008 to 2015.
vi. The bank, founded in 1926, has serving over two million customer accounts through its 501 branches, seven extension counters and 975 ATMs in 16 States and Union Territory of Puducherry.
Lakshmi Vilas Bank:
♦ Headquarters: Chennai
♦ CEO: Parthasarathi Mukherjee

Digital India takes hit as India ranks 74 in internet data speed, below Pakistan, Sri Lanka
According to a report by OpenSignal, India has ranked 74th, below neighbouring countries Pakistan and Sri Lanka in terms of internet data speed. OpenSignal is a London-headquartered company that specialises in wireless coverage mapping.
i. Average 4G download speed in India at 5.1Mbps is less than a third of the global average and only marginally higher than the global 3G speed of 4.4 Mbps.
ii. Average 3G download speed across India is less than 1 Mbps.
iii. Singapore scored the highest in 4G speed while South Korea scored highest in 4G availability. The global average 4G download speed was 16.2 Mbps.
iv. The report has highlighted that download speeds in India have dropped more than one megabit per second in the last six months as traffic has surged, mainly on the back of Reliance Jio Infocomm’s free services 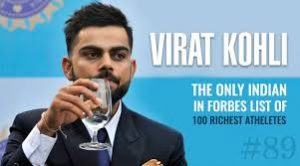 ‘The World’s highest paid athletes’.
ii. The list has been topped by soccer star Cristiano Ronaldo with a total pay of $93 million.
iii. Earning $ 27 million, tennis star Serena Williams ranked at 51st She is the only female sports person in the top 100 list.
iv. 100 highest-paid sports stars on the list earned a cumulative $ 3.11 billion over the past 12 months.