We are here for you to provide the important current affairs June 16 2018 which have unique updates of all daily events from all newspapers such as The Hindu, The Economic Times, PIB, Times of India, India Today, Indian Express, Business Standard, all Government official websites. Our complete current affairs helps you to get more marks in Banking, insurance, UPSC, SSC, CLAT, Railway and all other competitive Exams. Key points:
i.This consultation had the Minister of State for Drinking Water and Sanitation, Shri Ramesh Jigajinagi, Ministers-in-charge of Drinking Water from13 States, including Assam, Bihar, Goa, Gujarat, Haryana, Himachal Pradesh, Jammu & Kashmir, Maharashtra, Manipur, Meghalaya, Nagaland, Uttar Pradesh and Uttarakhand as guests .
ii.The Launch of the Swajal scheme has an outlay of Rs 700 crore.
iii.These scheme will aim to provide villages with piped water supply powered by solar energy. The scheme will train hundreds of rural technicians for operation and maintenance of Swajal units.
Other announcements made in the meeting were:
i. Modernisation of 2000 water quality testing laboratories.
ii. Rs.1000 crores allotted for addressing the drinking water needs of 27,544 arsenic and fluoride affected habitations of the country in this financial year under the National Water Quality Sub-Mission (NWQSM).
iii. Announcement of a special campaign made for awareness of rain water harvesting and its importance.
iv. States to cooperate for the fulfillment of goals of Sustainable Development Goal ‘safe drinking water for all’ in India by 2030.
About Swajal Schemes:
Swajal is a community owned drinking water programme for sustained drinking water supply. It was inaugurated by Union Minister of Drinking Water and Sanitation, Sushri Uma Bharti, in Bagori Uttarakhand with a budget of Rs 32 lakhs on 20th February 2018. The village of Sadag has been implementing the soncept of Swajal since 1996.
About Sustainable Development Goal ‘safe drinking water for all’ by 2030:
♦ The Sustainable Development Goals have committed the international community to expand international cooperation and capacity building on water and sanitation related activities and programmes in improving water and sanitation management.
♦ As for India , priority has given by the government which has introduced several flagship programmes including the Swachh Bharat Abhiyan to clean India, the National Rural Drinking Water Programme, and Namami Gange, which aims at the conservation of the River Ganga. The Target is to achieve universal and equitable access to safe and affordable drinking water for all by 2030. i. This schemes are under government’s Atal Mission for Rejuvenation and Urban Transformation (AMRUT) scheme.
Objective:
To enable basic facilities like drainage system, basic water harvesting system in the region .
Key points:
i. This would prevent migration of families from rural to urban due to the lack of health care, education and economic stability.
ii. This would ensure implementation of proper urban planning system.
iii. Besides this, The Vice President also met research scholars and faculty members of North Eastern Regional Institute of Science and Technology (NERIST)  in Itanagar, Arunachal Pradesh.
About Atal Mission for Rejuvenation and Urban Transformation (AMRUT)  Scheme:
The scheme was launched by Prime Minister Narendra Modi in June 2015 with the focus to establish infrastructure that could ensure adequate robust sewage networks and water supply for urban transformation by implementing urban revival projects. Rajasthan was the first state in the country to submit State Annual Action Plan under Atal Mission for Rejuvenation and Urban Transformation (AMRUT).

Government likely to penalise insurance companies for delaying payment under NHPS
The government has proposed to penalise insurance companies for delay in payment to hospitals for settlement of claims under the Ayushman Bharat National Health Protection Scheme (NHPS).
Government likely to penalise insurance companies for delaying payment under NHPS:
i. Under the scheme, if an insurance company delays the claim payment over 15 days, then it should pay a penalty of 1 % interest on the claimed amount per week till it completely settles the claim.
ii. The insurance company will pay the penalty directly to the hospital, as specified in the model tender document that was released on 14th June 2018.
iii. The model tender document also consists of a list of the procedures and their rates that will be covered under the scheme along with those that require pre-authorisation.
iv. 20 states and Union territories have till now signed MoUs with the Union Health Ministry for executing the NHPS. NHPS aims to offer a cover of Rs 5 lakh per family every year to 10 crore vulnerable families.
v. Four states namely Delhi, Odisha, Punjab and West Bengal have not given any positive sign regarding adoption of the scheme till now.
vi. Prime Minister Narendra Modi would launch the scheme on 15th August 2018. This is expected to become the world’s largest healthcare programme.
vii. Government has allotted Rs 10,000 crore for the scheme on initial estimation for the financial years 2018-19 and 2019-20.
Nicknames of some Indian cities:
♦ Tenali (Andhra Pradesh) – Andhra Paris
♦ Guntur (Andhra Pradesh) – City of Chillies, City of Spices
♦ Bhimavaram (Andhra Pradesh) – Secon Bardoli of India

Auxiliary Production Unit & Artificial Limbs Fitting Centre:
i. Foundation stone has been laid for the Auxiliary Production Unit & Artificial Limbs Fitting Centre of Artificial Limbs Manufacturing Corporation of India (ALIMCO) under Department of Empowerment of Persons with Disabilities (DEPwD), Ministry of Social Justice & Empowerment.
ii. The differently abled people face a lot of difficulties to visit Kanpur to avail facilities of evaluation, measurements and fitment of assistive devices from ALIMCO headquarters at Kanpur.
iii. These services provided at the auxiliary centres in other areas will help differently abled people to cover lesser distance for receiving these devices.
iv. Setting up of this Centre at Faridabad would reduce long travel for differently abled people from Jammu and Kashmir, Punjab, Haryana, Rajasthan, Madhya Pradesh and Chhattisgarh.
v. This centre will reinforce capacity of the Corporation, offer other rehabilitation services such as limbs fitting, disabled help centres, awareness generation about other schemes for empowerment of differently abled people.
vi. Facilities for filment of advanced Artificial Limbs, Manufacturing of Tricycle, Wheelchair, Motorized Tricycle, Walker, Crutches, and Walking Stick etc. will also be performed in this centre.
Some important dams in India:
♦ Lakhya Dam – Lakhya hole River
♦ Sholayar Dam – Sholayar River
♦ Koyna Dam – Koyna River 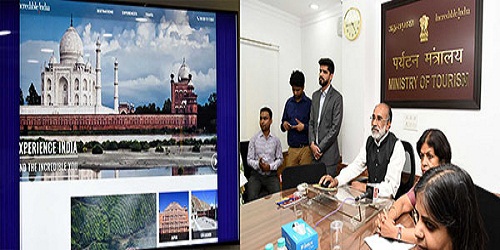 New Incredible India website:
i. The New Incredible India website portrays India as a holistic destination with experiences in spirituality, heritage, adventure, culture, yoga, wellness, etc.
ii. The website is of international standard. It aims to project India as a “must-visit” destination.
iii. The new website is more interactive. Tech Mahindra, Google, Adobe and NIC team participated in the development of this website.
iv. Using Adobe solution suite, the Ministry of Tourism will provide real time personalized experiences for each visitor, based on their interest.
v. Ministry of Tourism has tied up with Google Arts & Culture in creating great visuals for the website.
vii. Salient Features of the new website are:

Singapore’s NUS-ISS to implement skill development programmes in India
On June 16, 2018, National Skill Development Corporation (NSDC) under the Ministry of Skill Development and Entrepreneurship, government of India will partner with Singapore e-Government Leadership Centre (eGL) at the National University of Singapore’s Institute of Systems Science (NUS-ISS) for implementation of skill development initiatives of India.
Key points:
i. They will work together to develop and implement skill development programmes across emerging technology areas like Data Analytics, Artificial Intelligence and Robotics.
ii. They will give vocational training technologies, training of trainers and assessors, and promoting life-long learning.
iii. NUS-ISS would provide strategies and will act as advisory to NSDC and  Sector Skill Councils (SSCs) .
About Skill India Mission :
Skill India mission is the Government of India through the Ministry of Skill Development and Entrepreneurship formed in November 2014. Over the next 3 years, it is estimated that more than 25 million youths will be skilled and certified through various programmes under the Ministry, training Indian youths and professionals on International Standards and develop quality assurance framework 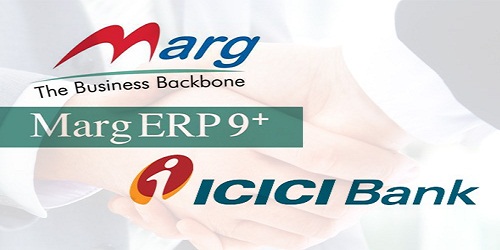 Objective:
To promote ‘Connected Banking’.
Key points:
i. MSMEs are no longer required to toggle between a banking platform and an ERP software to undertake their business transactions.
ii. It would allow them to seamlessly connect their banking and accounting, which was once available only for large companies with large IT and infrastructure budgets.
iii. This would also enable ICICI Bank’s current account holders to securely connect their bank account with the Marg ERP software and make digital transactions.
iv. It will also help businesses to initiate vendor & salary payments via RTGS, NEFT or IMPS directly from this platform, apply for working capital loans as well as schedule future dated payments.
ICICI Bank:
♦ Headquarters: Mumbai.
♦ CEO: Chanda Kochhar.
♦ Tagline: Hum hain na!

World Bank,Pakistan ink agreements of $565 mn  in power, water sectors for NTDC project and Sindh irrigation project
On June 16, 2018, Pakistan and the World Bank inked agreements worth $565 million to help build and support the projects in power and water sectors. Out of the total grant of $565 million, $425 million is meant for the NTDC and $140 million is for the Sindh government.
Key points:
Grant of $425 mn for NTDC:
i. The total cost of NTDC’s project would be $536.33 mn out of which the NTDC would provide $111.33 mn.
ii. Rest of the $425 mn will be provided by World Bank for the National Transmission Modernisation (Phase-I) project which is designed to increase the capacity and reliability of selected segments of the national transmission system and for NTDC.
Grant of $140 mn for Sindh Barrages:
i. The total cost of the project is $152.2 million for Sindh Barrages Improvement Project which is aimed at improving the reliability and safety of Guddu Barrage and strengthening the Sindh Irrigation Department‘s capacity .
ii. The World Bank will provide $140mn and the rest amount of $12.2 mn is given by Sindh Government.
World Bank :
♦ Headquarters: Washington DC, US.
♦ Presidetnt: Jim Yong Kim. 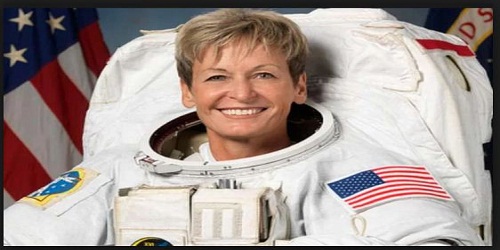 Key points:
i. Whitson, the 58-year-old NASA astronaut, holds the US record for most cumulative time in space.
ii. She claimed the title for most spacewalks by a woman — 10 spacewalks totalling 60 hours and 21 minutes — and set the record for most time spent in space by a US astronaut, placing eighth on the all-time space endurance list.
iii.She also served as chief of the astronaut corps from 2009 to 2012, becoming both the first woman to hold the position and the first non-military astronaut corps chief.
iv. In 2008, she returned to the ISS and became the first female commander of the space station. i. Pinaka initially had a range of 30 to 40km.
ii. In its initial phase it has been developed into Pinaka Mark II, which has an enhanced range of 70 to 80 km.
iii. The actual ground trials will be held at Pokhran
iv. The project duration is three years of which one year has been completed
v. After the developmental trials it is expected to be inducted in the Indian Army in coming two years.
About Pinaka Mark I rocket:
♦ The rocket has been named after Pinaka, the bow of Lord Shiva. The Pinaka system is like a quiver of 12 rockets. Pinaka Mark I had been used in the 1999 Kargil conflict.
♦ In future, the Pinaka and Guided Pinaka will co-exist as a weapon that can destroy an area and the guided version will add an edge to it when a specific target has to be hit.

Journalist Shujaat Bukhari shot dead by gunmen in Srinagar
On 14th June 2018, Shujaat Bukhari, a veteran journalist and editor of the Rising Kashmir newspaper was shot dead by unidentified gunmen outside the newspaper’s office in Srinagar, Kashmir.
Death of Shujaat Bukhari:
i. Shujaat Bukhari was 50 years old. One of his personal security officers (PSO) was also killed in the shoot-out.
ii. Earlier he worked with The Hindu newspaper as its Kashmir correspondent. He had organized various conferences for peace in the Kashmir Valley. He also participated in the Track II process with Pakistan.
Tag lines of some banks:
♦ Dena Bank – Trusted Family Bank
♦ Indian Bank – Your Tech-friendly bank
♦ Indian Overseas Bank – Good people to grow with