We are here for you to provide the important current affairs June 11 2018 which have unique updates of all daily events from all newspapers such as The Hindu, The Economic Times, PIB, Times of India, India Today, Indian Express, Business Standard, all Government official websites. Our complete current affairs helps you to get more marks in Banking, insurance, UPSC, SSC, CLAT, Railway and all other competitive Exams. 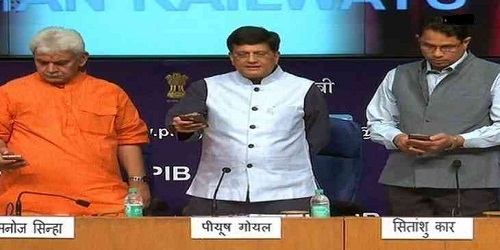 ‘Rail MADAD’, ‘Menu on Rails’:
i. The apps were launched by Railway Minister Piyush Goyal and Minister of State (MoS) Manoj Sinha at a press conference held to highlight the achievements of the Railway Ministry in the past four years.
ii. Rail MADAD(Mobile Application for Desired Assistance During travel) app will help travellers to register complaints. Menu on Rails app will offer the facility to order food.
iii. Piyush Goyal said that, the theme for development this year is to enhance connectivity for the poor.
iv. He said that, the focus has been on enhancing safety, avoiding rail accidents, installation of CCTV on all coaches and clearing backlogs.
Some important dams in India:
♦ Nagarjuna Sagar Dam – Krishna River
♦ Salal (Rockfill And Concrete) am – Chenab River
♦ Kulamavu (Eb) Dam – Kilivillithode River

Met dept to use flash flood guidance system for first time to forecast floods
On June 11, 2018, The Indian Meteorological Department (IMD) will be able to issue forecast on floods and guidance on the preventive measures to the disaster management agencies with the help of a new soil study data named : ‘Flash Flood Guidance System’.
i. IMD would launch this service by July 2018.
ii. The soil study done from different soil types of different regions will also be accompanied by the rain forecast to ascertain how much water would be left behind after absorption into the ground.
iii. The state and district-level farmers’ bodies and disaster management agencies will be given appropriate guidance for flood preparedness.
iv. In plains like Rajasthan and Madhya Pradesh, where the soil is more absorbent, 10 to 20 cm of rainfall will not cause floods.
v. In hilly areas like Uttarakhand, where the soil is less absorbent, same amount of rainfall is enough to cause floods.
vi. Presently, the Central Water Commission (CWC) gives out flood warnings.
IMD:
♦ Under Ministry of Earth Sciences .
♦ Headquarter: New Delhi.

IT Minister launches 5000 Wi-Fi Choupals, delivery of rail tickets through CSCs
On June 11,2018, Union Minister for Electronics & IT and Law Justice, Shri Ravi Shankar Prasad launched major services showcasing the impact and progress made by the Village Level Entrepreneurs (VLEs) in promoting rural Wi-Fi network infrastructure. This was launched in a conference organized by CSC SPV. Key points:
i. 5000 Wi-Fi choupals have been launched to provide Internet connectivity to the 2.5 lakh gram panchayats through optical fiber cable.
ii. Mou between CSC and IRCTC has been signed for availability of railway services like booking railway tickets etc. through CSC centres.
iii. IndusInd bank will provide CSR support CSC SPV for digital literacy of 3 lakh candidates through PMGDISHA.
iv. 2.90 lakh CSCs will be able to work as Business Correspondents (BCs).
v. CSC will also be used for first line maintenance of BharatNet in the country.
About BaharatNet :
BharatNet or Bharat Broadband Network Limited is a telecom infrastructure provider under government’s telecom department .It’s aim is to establish , manage and operate National Optic Fiber Network to provide a minimum of 100 Mbps broadband connectivity to each of 250000 Gram panchayats covering 625000 villages in the country. 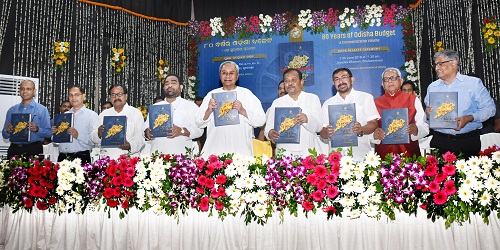 i. Odisha’s annual budget was only Rs 1.77 crore for the year 1936-37 which has increased to Rs 1,20,028 crore in 2018-19.
ii. Odisha is the first state in the country to bring out such a compilation.
iii. The state government has come up with a separate agricultural budget in 2016 with focused attention on the agricultural sector.
iv. In the year of 2000, the budget had only been Rs 14,000 crore.
National Parks in Odisha:
♦ Simlipal National Park
♦ NandanKanan National Park
♦ Chandka Elephant Reserve.
♦ BhitarKanika National Park.

Haryana to organise awareness campaign for farmers
From 20th June to 15th July 2018, Awareness programmes will be held at the village, block and district levels for farmers in Haryana.
Awareness programmes for farmers:
i . These programmes will create awareness on the negative effects of stubble burning, its alternatives and several farmer welfare schemes.
ii. Principal Secretary of Haryana Agriculture and Farmers’ Welfare Department, Abhilaksh Likhi said that, the programmes will be supervised by senior officials.
iii. Seminars will be conducted in all districts as part of the campaign. The deputy directors of departments have been directed to ensure maximum participation of the farmers.
iv. Abhilaksh Likhi said that, farmers should be taught about modern agriculture techniques of the current time.
v. He said that the agriculture department had created a portal in which officers will upload the biodata of farmers from their respective districts. The portal will share information about progressive farmers.
Some Wildlife sanctuaries in Haryana:
♦ Saraswati Wildlife Sanctuary
♦ Bir Shikargah Wildlife Sanctuary
K♦ A; Wildlife Sanctuary

PM Narendra Modi leaves for Chinese city of Qingdao to attend Shanghai Cooperation Organization summit
i. On June 11, 2018, the 18th SCO summit concluded with the adoption of ‘Qingdao Declaration’.
ii. The SCO Action plan for 2019 to 2020 was also signed. This is the first time India is participating as a full member of the Shanghai Co-operation Organization (SCO) .
iii. SCO Summit 2018 to focus on security, terrorism, drug control
iv. PM Modi calls for meaningful cooperation of SCO member countries towards security, economic development & connectivity in the region
v. On June 9, 2018, On the sidelines of the SCO summit India and China signed 2 agreements on Brahmaputra water data sharing and non-basmati rice export.
vi. On June 9,2018, India and China agreed on jointly undertaking an economic project in Afghanistan.
vii. On June 11, 2018, On the sidelines of the SCO Summit 2018, India and Uzbekistan reviewed bilateral ties for boosting economic and cultural links……………………………………………….Click here to Read more 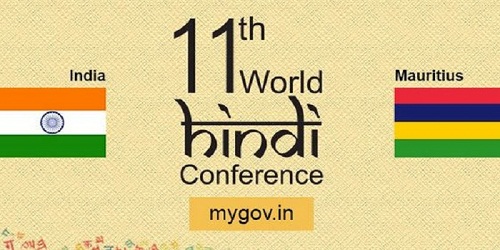 Key points:
i. The Event is organized by the Indian External Affairs Ministry every 3 years.
ii. This year the organizing authority is World Hindi Secretariat located in Mauritius .
iii. The government has been suggested to support major Hindi scholars as this might be a public relations exercise before the 2019 general elections.
iv. Special focus of this year’s event will be on Bollywood and the global reach of Hindi through movies.
v. The Conference will cover both the classical and modern elements of Hindi.
vi. The 10th World Hindi Conference was held in Bhopal in September 2015.
Mauritius:
♦ Prime Minister :PravindJugnauth.
♦ Capital : Port Louis
♦ Currency : Mauritian Rupee.

RBI to raise $30-35 bn via NRI bonds to support rupee: Report
One June 11, 2018, On the backdrop of rising oil prices and shortfall in FPI inflows to the country the RBI is expected to raise $30-35 billion via NRI bonds to raise the rupee .
i. FPI has been slowed down amidst political volatility and with listing of Chinese forms in global benchmark indices.
ii. China market could list a $100 billion in 2019 .
iii. RBI would release a fourth tranche of NRI bonds
iv. RBI will issue NRI bonds if the global oil prices persist at USD 70/bbl.
v. NRI bonds are forex deposits raised from non-resident Indians at attractive rates for 3-5 years, with some lock-in and an implicit RBI guarantee.
vi. RBI is expected to follow an asymmetrical policy of buying forex when the USD weakens and defending Rs66/USD when it strengthens.
vii. The rupee has been falling against the US dollar, the Indian currency is seen  at Rs 69.75/USD by December. The rupee is currently hovering around Rs 67/USD.
RBI:
♦ Headquarters: Mumbai.
♦ 24th Governor: Dr.Urjit Patel

Government may launch Rs 500 crore credit enhancement fund in July
On June 11, 2018, The government is likely to launch a Rs 500-crore credit enhancement fund next month to facilitate infrastructure investments by insurance and pension funds
Key points:
i. Thiswill help in upgrading credit ratings of bonds issued by infrastructure companies and facilitate investment from investors like pension and insurance funds.
ii. The initial corpus of the fund, to be sponsored by IIFCL (India Infrastructure Finance Company), will be Rs 500 crore, and it will operate as a non-banking finance company.
iii. IIFCL will hold a 22.5 per cent stake in the NBFC, while the Asian Infrastructure Investment Bank (AIIB) has offered to pick up a 10 per cent stake,SBI, Bank of Baroda and LIC will also have stakes in the firm.
iv. World Bank had evinced interest to pump-in Rs 5,000 crore for the fund initially, but the government declined it.
World Bank :
♦ President: Jim Yong Kim
♦ Headquarters: Washington DC , US.

Friendship medal to Russian Presiden Vladimir Putin:
i. This Friendship medal has been claimed to be the highest state honour of China. Xi Jinping praised Vladimir Putin’s contributions to build a peaceful world.
ii. In 2017, Vladimir Putin awarded Xi Jinping the Order of St Andrew for his remarkable service to Chinese and Russian people.
iii. The Order of St Andrew was awarded to Xi Jinping during his visit to Moscow, Russia.
iv. Vladimir Putin was on his 19th visit to China. He held talks with Xi Jinping and attended the Shanghai Cooperation Organisation (SCO) meeting at Qingdao.
About Shanghai Cooperation Organisation (SCO):
♦ Secretary General – Rashid Alimov
♦ Headquarters – Beijing, China S Ramesh – Chairman of CBIC:
i. The Appointments Committee of Cabinet (ACC) has cleared the appointment of S Ramesh as the next Chairman of CBIC.
ii. He has been a member of Central Board of Indirect Taxes and Customs (CBIC). He will replace Mrs Vanaja N. Sarna, who will be retiring in the end of June 2018.
About Central Board of Indirect Taxes and Customs (CBIC):
♦ Part of – Department of Revenue
♦ Functions under – Ministry of Finance
♦ Purpose – formulation of policy concerning levy and collection of Customs & Central Excise duties and Service Tax, prevention of smuggling and administration of matters relating to Customs, Central Excise, Service Tax and Narcotics to the extent under CBEC’s purview

ISRO’s scientists discover an ‘EPIC’ planet
A team of researchers from the Physical Research Laboratory, Ahmedabad, have discovered a planet named EPIC.
EPIC:
i. The planet is six times bigger than Earth. It revolves around a Sun-like star about 600 light years away. Both the planet and the star have been named as EPIC.
ii. Now India has become one among the few countries that have discovered planets around stars.
iii.Physical Research Laboratory’s parent organization is Indian Space Research Organisation.
iv.This discovery was made using a PRL-designed spectrograph, PARAS, to measure and confirm the mass of the new planet.
v.EPIC 211945201b (or K2-236b) is the name assigned to the planet by the discovery team. The team was headed by Abhijit Chakraborty of PRL.
vi.The host star is named as EPIC 211945201 or K2-236. The spectrograph is indigenously designed and the first of its kind in India that can measure the mass of a planet going around a star.
vii.Very few spectrographs like this are available in the world that can do precise measurements like this.
viii.The scientists observed the target over a time of 420 days or nearly 1.5 years. They measured the mass of the planet using the PRL Advance Radial-velocity Abu-sky Search or PARAS spectrograph integrated with the 1.2-metre telescope located at PRL’s Gurushikhar Observatory in Mount Abu, Rajasthan.
ix. PRL is considered the cradle of space sciences in India. It performs fundamental research in astronomy and space.
x. EPIC was circling very close to the Sun-like star. It goes around it once in 19.5 days.
xi. This might not be inhabited, as its surface temperature is very high around 600°C. The planet is smaller in size than Saturn and bigger than Neptune.
x. Its mass is 27 times that of Earth’s and six times that of Earth in radius. Scientists have estimated more than 60% of its mass could be made up of heavy elements like ice, silicates and iron.
xi. The research work will be published in the June issue of the Astronomical Journal of the American Astronomical Society.
About ISRO (Indian Space Research Organisation):
♦ Chairman – Dr. K. Sivan
♦ Headquarters – Bangalore, Karnataka 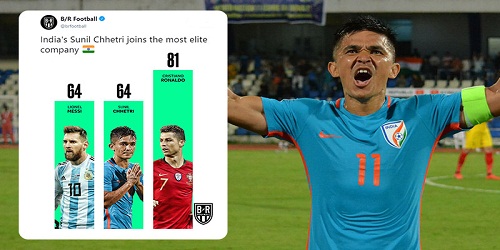