We are here for you to provide the important current affairs July 25 2018 which have unique updates of all daily events from all newspapers such as The Hindu, The Economic Times, PIB, Times of India, India Today, Indian Express, Business Standard, all Government official websites. Our complete current affairs helps you to get more marks in Banking, insurance, UPSC, SSC, CLAT, Railway and all other competitive Exams. ‘Bijli Mitra’ Mobile app for replacement of transformers in Rajasthan
On 23rd July 2018, Rajasthan Chief Minister Vasundhara Raje said that, ‘Bijli Mitra’ Mobile app is launched on a pilot basis from Jhalawara, Rajasthan, to help farmers to get their defunct transformers replaced within 6 hours of registering a complaint through the app.
Bijli Mitra:
i. The process of replacing transformers takes a very long time. Hence Rajasthan government has launched the ‘Bijli Mitra’ mobile app.
ii. Rajasthan farmers can register their complaint through the app. The transformer will be replaced within 6 hours of registering the complaint.
iii. The scheme will be also expanded to other areas of Rajasthan.
Some national parks in Rajasthan:
♦ Darrah National Park
♦ Desert National Park
♦ Ranthambore National Park 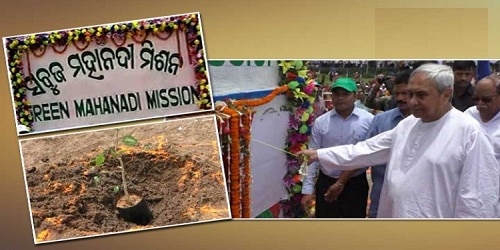 Key Points:
i. Under this scheme, 2 crore saplings would be planted along the Mahanadi, Ib and Tel rivers.
ii. The government has targeted to spend Rs.500 crore for the drive in the next 5 years.
iii. The drive will be carried out in 1303 villages spread across 15 districts.
iv. It covers an area of 16500 hectare and 500 km and eventually will cover 41000 hectares in 5 years.
v. This campaign was launched during the CM’s visit to Boudh and Subarnapur districts.
Background:
Since Mahanadi’s water level is decreasing the plantation drive will help to grow trees along the river banks which would in turn hold the water and eventually raise the water level.
Odisha:
♦ Lakes : Chilika Lake, Kanjia Lake, Anshupa Lake, Balimela Reservoir.
♦ Dams: Rengali Dam, Kala dam, Pitamahal Dam, Kansbahal Dam, Tikhali Dam, Deras Dam, Salia Dam, Ghodahada Dam, Kuanria Dam.

Tamil Nadu government unveils draft state forest policy
Tamil Nadu government has released the draft state Forest Policy that aims to conserve forests and wildlife, ecosystems, and climate change mitigation etc. It was released by Tamil Nadu Chief Minister K Palaniswami as per the Vision Tamil Nadu 2023 document released by former Tamil Nadu Chief Minister J Jayalalithaa in 2014,preserving the ecology was among the themes of the document.
Draft state forest policy of Tamil Nadu government:
i. It aims to increase forest cover, protect wetlands and other waterbodies in Tamil Nadu.The
objectives are conservation of biodiversity, wildlife, rehabiliation and restoration of degraded forests, coastal ecosystem conservation etc.
ii. The policy includes engagement of local tribal communities in protection, conservation and wildlife management.
iii. Tamil Nadu has nearly 30.92 % of the forest declared as ‘protected areas’. It has 15 wildlife sanctuaries, 5 National parks, 15 bird sanctuaries, 3 biosphere reserves and 4 project tiger areas.
iv. The Nation Forest Policy, 1988, states that the area under forest and tree cover should be improved to 33 % of the geographical area of India.
v.As per this policy, Tamil Nadu will develop innovative strategies to enhance forest and tree cover from current 21.76 % to 33 % by 2030.
vi. The Forest department will also develop mangroves in Tamil Nadu as ‘bio-shield’ along the coast as per the policy.
vii. The policy will also offer a major role for women in forest management and also the National Forestry Commission has recommended allocation of 2.5 % of the budget for forest and wildlife improvement.
Some wildlife sanctuaries in Tamil Nadu:
♦ Sathyamangalam Wildlife Sanctuary
♦ Vallanadu Wildlife Sanctuary
♦ Point Calimere Wildlife and Bird Sanctuary Pitch Black – 2018:
i. The Indian fighters are supported by a C-130J Super Hercules and a C-17 Globemaster-III.
ii. This is the first time, an IAF contingent is taking part in a multinational air exercise in Australia with Royal Australian Air Force (RAAF).
iii. Pitch Black – 2018 is held from 27th July to 17th August 2018. It is a biennial multi-national large force employment exercise conducted from RAAF bases Darwin and Tindal.
iv. Pitch Black – 2018 involves more than 100 aircraft from all over the world. It offers the air-warriors an opportunity to function in a dynamic warlike environment.
v. On the way to Australia, IAF engaged with the Indonesian and Malaysian Air Forces.
iv. Nearly 4,000 military personnel and around 140 aircraft from Australia, Canada, France, Germany, Indonesia, Netherlands, New Zealand, Singapore, Thailand, Malaysia and the United States are taking part in this exercise.
v. IAF contingent includes: four Sukhoi Su-30MKI multirole fighters, an Ilyushin Il-78 tanker, a Lockheed Martin C-130J-30 stretched Super Hercules, and a Boeing C-17 transport aircraft, 45 Garud special forces personnel.
vi. During the flight from India to Australia and on the way back, Su-30 MKI will perform air to air refueling with IL-78 tankers.
vii. During its return leg from Darwin to Subang, Su-30 MKI will be refueled in air for the first time by RAAF KC-30A.
viii. Su-30MKI is a twin-seater and has twin-engine. It was developed by Sukhoi, a Russian aircraft maker and license-built in India.
ix. Recently, the Indian Air Force had also conducted the Gaganshakti-2018 Exercise.
About Indian Air Force:
♦ Chief of the Air Staff (CAS) – Air Chief Marshal Birender Singh Dhanoa
♦ Headquarters – New Delhi

SEBI approves Bharti Infratel, Indus Tower merger deal
On July 25, 2018, Sebi has given approval to the merger of Bharti Airtel and Indus Towers. 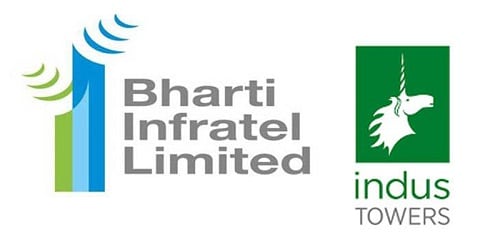 i. Bharti Airtel has received clearance from the BSE and NSE for the merger and will approach for approval of National Company Law Tribunal.
About the Merger:
i. The merger of Bharti Airtel will Indus Towers would create the largest mobile tower operator in the world outside China.
ii. It will have over 163,000 towers across 22 telecom service areas in India.
iii. The combined company will own 100 per cent of Indus Towers — jointly owned by Bharti Infratel (42 percent holding), Vodafone (42 percent), Idea Group (11.15 percent) and Providence (4.85 percent).
iv. Post the deal, Bharti Airtel and Vodafone will jointly control the combined company.
v. Vodaphone will have 29.4 per cent holding and 783.1 million new shares.
vi. Airtel will have 37.2 per cent in the combined entity.
vii. The transaction values Indus Towers at Rs 71,500 crore.
Background:
This merger was announced in April 2018 by Bharti Airtel, Idea Cellular and Vodafone Group.
Bharti Airtel:
♦ CEO: Gopal Vittal.
♦ Headquarters: New Delhi. Gandhi: The years that changed the world (1914-1948):
i. This book will be will be published by Penguin Random House India. Ramachandra Guha is a popular historian and author. He is 60 years old.
ii. He has written several bestselling books like “India After Gandhi” and “Gandhi Before India”.
iii. “Gandhi: The years that changed the world (1914-1948)” is said to be the most definitive new biography of Gandhi.
iv. This book will narrate the story of Gandhi’s life, from his departure from South Africa to his assassination in 1948. It will also tell the history of Indian freedom movement.
v. This book also contains Gandhi’s arguments with B.R. Ambedkar, Mohammad Ali Jinnah and Subhas Chandra Bose, etc. This book is a follow up to “Gandhi Before India” (2013).
Some important bird sanctuaries in India:
♦ Khijadiya Bird Sanctuary – Gujarat
♦ Kutch Bustard Sanctuary – Gujarat
♦ Nal Sarovar Bird Sanctuary – Gujarat