We are here for you to provide the important current affairs july 23 2017 which have unique updates of all daily events from all newspapers such as The Hindu, The Economic Times, PIB, Times of India, India Today, Indian Express, Business Standard, all Government official websites. Our complete current affairs helps you to get more marks in Banking, insurance, UPSC, SSC, CLAT, Railway and all other competitive Exams. Kiren Rijiju inaugurates RIWATCH Museum and Chimari Bridge in Arunachal Pradesh
On July 22, 2017, Union Minister of State for Home Kiren Rijiju inaugurated the Research Institution of World Ancient, Traditional, Culture & Heritage (RIWATCH) Museum at Roing in Arunachal Pradesh and hoped that it would serve as a place of exchange of cultural values of various tribes of the state and the North East.
i. Arunachal Pradesh State Art & Culture Minister, Mohesh Chai said that according to UNESCO report there are 32 languages in Arunachal Pradesh that are on the verge of extinction and the state government is initiating programmes and policies to find out and to revive those minor and major tribal languages.
ii. On the sideline of his visit to Roing, Mr. Rijiju also inaugurated the 235-meter long Chimari Bridge, which would serve as a life line between the National Highway 52 of Roing-Tezu. The bridge has been constructed by Border Roads Organisation(BRO). 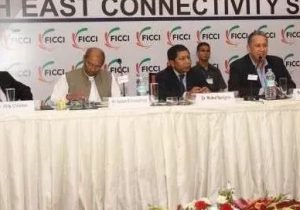 iv. The Chief Minister thanked the Chairman for the invite and for choosing Arunachal as host for the next year’s North East Connectivity Summit.
About Arunchal Pradesh
♦ Capital: Itanagar
♦ Governor :Padmanabha Acharya
♦ Chief Minister :Pema Khandu

International meet on social justice held in Bengaluru
Karnataka Chief Minister Siddaramaiah has announced a hosting of three-day International Conference on ‘Reclaiming Social Justice, Revisiting Ambedkar’ from 21stJuly to 23rd July to mark 126th birth Anniversary of Dr B R Ambedkar.
Key Points:
i. A three-day international conference ‘Quest for equity – reclaiming social justice, revisiting Ambedker’ will be held at the University of Agricultural Sciences, Bengaluru.
ii. Over 2000 delegates will participate in the Conference in which 83 International, 149 National and 80 state-level speakers will take part.
iii. Human Rights advocate and activist Martin Luther King III and AICC Vice President Rahul Gandhi will be the Chief Guests for the Conference.
iv. A well-known social and political thinkers, philosophers, academicians, and activists will participate in the conference.
v. The event will focus on universal principles of democracy and importance of social justice in the current global environment.
vi. The conference will come out with a ‘Bengaluru declaration outlining a new deal for India – who are & who we can be.
vii. The Conference will encourage a wide inter-disciplinary engagement among academics, scholars, activists and policy-makers on the sub-themes.
Temples in Bengaluru :
♦ Chokkanathaswamy Temple, DoddaGanesha Temple at Basavanagudi, Gavi Gangadareshwara Temple, The ISKON Temple, Banashankari Temple, The Kanyakaparameshwari Temple. 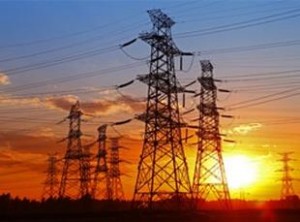 India third largest terror target after Iraq and Afghanistan – US report
According to National Consortium for the Study of Terrorism and Responses to Terrorism (NCSTRT) data compiled by the US state department, India is third after Iraq and Afghanistan on a list of countries facing terror attacks in 2016. Earlier, Pakistan held the third position. 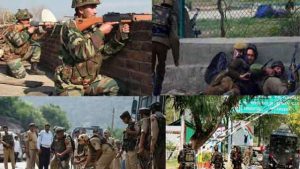 China-Russia naval exercise begins in Baltic Sea
China and Russia have started their large-scale naval exercise “Joint Sea 2017” in the Baltic Sea. It has been announced on 23rd of July 2017.
Key Points:
i. The exercises will involve jets, helicopters and vessels.
ii. The Chinese Navy is represented by one of its most advanced missile destroyers, the Hefei, as well as missile frigate Yuncheng and the Luomahu supply ship.
iii. A welcoming ceremony was held in Baltiysk in northern Russia.
iv. The two countries focus is to increase cooperation and efficiency in protecting security at sea.
v. The Chinese and the Russian navies are set to hold a series of drills as part of the “Joint Sea 2017” exercise program.
vi. The Joint Sea naval exercises were held for the first time in 2012.
vii. In September the second phase of the navy drills will begin in the Sea of Okhotsk and the Sea of Japan.
viii. A dozen vessels of different classes, as well as some 10 aircraft and helicopters from both sides are scheduled to take part in the first exercise of the drills throughout next week
About Russia :
♦ Capital:Moscow
♦ Currency:Russian Ruble
♦ President:Vladimir Putin
♦ Prime Minister: Dmitry Medvedev 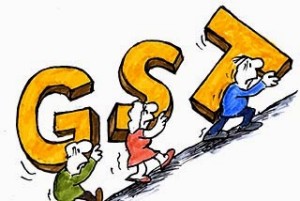 iv. Under composition scheme, traders, manufacturers and restaurants can pay tax at 1%, 2% and 5%, respectively.
v. There are over 70 lakh excise, VAT and service taxpayers who have migrated to the GSTN portal for filing returns in the GST regime.
vi. There are over 8 lakh new taxpayers who have registered on the portal.
vii. These new registered taxpayers can opt for the composition scheme at the time of registration.

India launches first R&D facility for high-end fuels, gas
India has launched its first petroleum Research & Development (R&D) facility for testing high-end BS-VI quality fuel emissions.
Key Notes:
i. This “first-of-its kind” facility was inaugurated by Petroleum Minister Dharmendra Pradhan in Faridabad in the National Capital Region (NCR) on 22nd of July 2017.
ii. The R&D facility is designed to test all types of fuel including petrol, diesel, ethanol-blended petrol, bio-diesel, CNG, LNG, hydrogen-CNG and 2G-ethanol blends.
iii. It will ensure to meet the superior BS-VI norms that are to be implemented across the country by April 2020.
iv. It is operated by state-run Indian Oil Corp (IOC).
v. The IOC scientists have developed a nano-additised battery for use in e-rickshaws, with better efficiency and longer life than commercially available batteries.
About IOC:
Indian Oil Corporation (IndianOil) is an Indian petrochemical company. It is the largest commercial enterprise in the country.
♦ Founded:1959.
♦ Headquarter :New Delhi, India.
♦ Chairman:Sanjiv Singh.

World’s largest supercarrier USS Gerald R Ford commissioned in USA
On July 22, 2017, US Navy commissioned world’s largest aircraft carrier, USS Gerald R Ford into the fleet. The commissioning ceremony was held at Naval Station Norfolk, Virginia in presence of US President Donald Trump.
i. The ship is named after the 38th President of the United States Gerald Ford and has been built by Newport News Ship Building Company.
ii. The keel for the US$12.8 billion USS Gerald R Ford was laid down in 2009.
iii. The massive 1,106-foot-long carrier displaces a staggering 100,000 tons fully loaded and is powered by two new generation nuclear reactors. 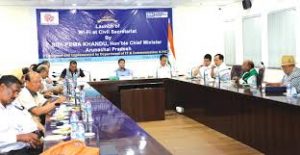 visitors can access it at one go.
iii. The 157 access points installed across the secretariat premises would allow round the clock wifi access to officials and 8 hours per day to visitors.
iv. The wireless LAN project comprises state-of-the-art wireless access points with 1 Gbps bandwidth in each of its four blocks powered by 10 Gbps NIC backbone link.
v. Officials can get access through their official (NIC) email ids, while visitors have to access through the SWAGAT mode that generates an OTP for login in.
vi. The IT department will have to coordinate with departments like power and home to select specific zones in and around the capital that can be turned to free wi-fi zones.
vii.The National Informatics Center will place a mechanism for secured connectivity and prevent misuse of data on offer.
viii. Its main focus is on digitalizing all the offices with the sole motto of rooting out corruption.
Some of the famous temples in Arunachal Pradesh are:
♦ Parasuram Kundtemple : It is famous temple that attracts many Hindu devotees.
♦ Tawang Monastery : It is a famous Buddhist temple in Arunachal Pradesh.
♦ Urgelling Monastery : It was built by UrgenSangpo.
♦ Malinithan temple: It is called as Akashganga Temple.
♦ GRL Gompa Monsatery : It is located in west Kameng District of Arunachal Pradesh.

Meghalaya CM launches ‘Mission Football’ at JN Sports Complex in Shillong
Meghalaya Chief Minister Mukul Sangma has launched a statewide football grassroots development programme ‘Mission Football’at Jawaharlal Nehru Stadium on 23rd of July 2017.
Key Notes:
i. Mission Football is a project for developing a sustainable infrastructure for the sport in all the 11 districts of the state.
ii. The government is also seeking financial support from different sources including the North Eastern Council, Union ministry of sports and youth affairs, and funds under Non-Lapsable Central Pool of Resources (NLCPR).
iii. The mission would also focus on creating sports parks, football entertainment parks.
iv. The plan is to develop approximately 1,400 playgrounds in all the 11 districts.
v. The government will spend Rs 560 core in the next five years for development of football in Meghalaya.
vi .A total of eight grounds will be developed and the development of football stadiums in seven districts with an investment of Rs 5 crores per stadium.
vii. An investment of approximately Rs 1.5 crore is expected to be made on one stadium.
viii. The government also projected to have 10 grass root centres in each of the 11 districts of the state taking the total number of such centres to 110.
ix. All India Football Federation (AIFF) vice-president and owner of I-League club Shillong

Lajong FC Larsing Ming Sawyanhas said on a statement, the aim is to have six artificial turfs across the state.
About Meghalaya:
♦ Capital :Shillong
♦ Governor :Banwarilal Purohit
♦  Chief Minister :MukulSangma

NCP Kerala President Uzhavoor Vijayan passes away
Nationalist Congress Party Kerala unit president Uzhavoor Vijayan died on 23rd of July 2017.
Key Notes:
i. Vijayan has died due to liver related ailments. He was 60.He hailed from Uzhavoor in Kottayam district.
ii. He was a graduate had worked as state secretary of the KSU and the Youth Congress before parting his association with the Congress.
iii. He was known for his speech containing political wits, later joined the NCP and rose to the rank of its president.
iv. He had fought Assembly elections in 2001 from Pala in Kottayam district but lost to Kerala Congress veteran K M Mani.
Kerala heritage sites:
♦ Anjengo / Anchuthengu Fort (Near Trivandrum): is a 16th Century fort constructed by the English East India Company.
♦ Kumarakom Boat Race (Near Kumarakom): The race is held in September every year during Onam festival.
♦ St. Francis Church (Near Kochi) :It is the first European Church built in India. 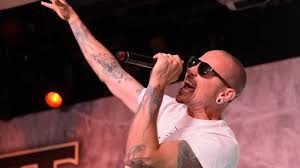 ii. The Grammy Award-winning group sold more than 10 million copies of their 2000 debut, “Hybrid Theory,” which featured the megahit and anthem, “In the End.”
iii. They sold another 6 million with 2003’s multiplatinum “Meteora.”
iv. Linkin Park has won two Grammys including in a rap category for the collaboration “Numb/Encore” with Jay-Z in 2005.
v. They won Grammys for best hard rock performance in 2001 for “Crawling” .

Radio broadcasting in country completes 90 years today
Radio broadcast had completed 90 years in country on 23rd of July 2017. It is the first ever radio broadcast in the country went on the air from the Bombay Station on 23rd July 1927 under a private company, the Indian Broadcasting Company.
Key Points:
i. The Indian State Broadcasting Service became All India Radio on 8th of June, 1936.
ii. All India Radio, now under Prasar Bharati, has the significance of being one of the major broadcasting organizations in the world.
iii. AIR originates programming in 23 languages and 146 dialects.
iv. All India Radio (AIR) has been serving to inform, educate and entertain the masses since its inception.
v. It has been truly living up to its motto – Bahujan Hitaya Bahujan Sukhaya.
vi. The News Services Division of All India Radio circulates news and comments to listeners in India and abroad.
vii. AIR’s home service comprises 420 stations reaching nearly 92% of the country’s area and 99.19% of the total population.