We are here for you to provide the important current affairs July 15 2018 which have unique updates of all daily events from all newspapers such as The Hindu, The Economic Times, PIB, Times of India, India Today, Indian Express, Business Standard, all Government official websites. Our complete current affairs helps you to get more marks in Banking, insurance, UPSC, SSC, CLAT, Railway and all other competitive Exams. 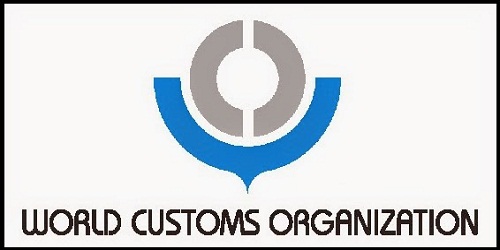 i. This will enable India to take on leadership role.
ii. An event will be organized by Central Board of Indirect Taxes and Customs (CBIC) in partnership with Confederation of Indian Industry (CII) due to this announcement.
About the event :
i. This will be attended by the Customs delegations of 33 countries of the Asia-Pacific Region, Customs officers from different Ports in India and Partner Government Agencies.
ii. The Secretary General of WCO, Mr Kuniyo Mikuriya will deliver the Key Note Address on this event.
iii. The underlying Theme of the Inaugural Ceremony is “Customs – Fostering Trade Facilitation”.
iv. A Seminar on Cross Border Trade through e-commerce and the role of Customs administration will take place.
v. This will focus on framework of standards of WCO due to the growth of ecommerce industry.
About WCO:
It is an international body consisting of 182 administrations of various countries and accounts for 98% of processed collection of world trade. i. This was launched by Sulabh International, an organisation that introduced the concept of ‘Sulabh Sauchalya’ in the country.
ii. The foundation of the project at Haribol pond in Darbhanga Nagar Nigam premises was laid by Sulabh International’s founder Dr.Bindeshwar Pathak.
iii. It would be managed by Self Help group of Darbhanga Nagar Nigam.
About the Project:
i. The ‘Sulabh Jal’ project converts contaminated pond and river water into safe drinking water.
ii. The water purification process has a capacity to purify 8,000 litres of water per day at nominal cost.
iii. The cost of the project is around Rs 20 lakhs.
iv. With this people will get pure and clean water only in 50paisa/litre.
Background:
The Groundwater in many districts of northern parts of Bihar bordering Nepal is severely affected by arsenic and other chemicals.
Bihar:
♦ Chief Minister: Nitish Kumar.
♦ Governor: Satya Pal Malik.
♦ UNESCO World Heritage site : Nalanda University, Bodhgaya.
♦ National Park: Valmiki Tiger Reserve
Nicknames:

‘I am not afraid of English’ campaign in schools by Haryana Education Department
On July 15, 2018, The Haryana Education Department launched ‘I am not afraid of English’ initiative from Class 1 in the state’s primary schools.
Objective:
The initiative is aimed at capacity building of teachers to enable them to help the students to learn, read, write and speak English
Key Points:
i. A booklet containing 1,000 sentences/phrases (200 sentences per grade for all the five grades )has been prepared at the primary level of schooling.
ii. One JBT (junior basic teacher) and one BRP (Block Resource Person) per block has been trained.
iii. Students learn one sentence every day (minimum 20 per month for 10 months) in each class.
iv. Six language labs have been established in selected model Sanskriti schools in the state to improve listening and speaking skills.
v. Additionally, 238 more government schools are going to be covered under this initiative during the year 2018-19.
Haryana:
♦ Capital: Chandigarh.
♦ Chief Minister:  Manohar Lal Khattar.
♦ Governor: Kaptan Singh Solanki
♦ National Parks: Sultanpur National Park, Kalesar National Park.
Nickname:

SBI, NABARD tie up to support tenant farmers in Telangana
On July 12,2018, State Bank of India and National Bank for Agriculture and Rural Development have joined hands to provide collateral-free credit in Telangana.
i. The Mou was signed with seven NGOs from Nizamabad, Medak and Warangal districts, for the promotion and credit linkage of the JLGs.
ii. The tripartite agreement was signed by Swaminathan J, CGM, SBI, and P Radhakrishnan, CGM, Nabard.
iii. This was given through 2000 Joint Liability Groups in the state.
iv. Through this agreement NABARD will assist the NGOs to nurture and handholding of the JLGs to help tenant farmers, share croppers etc.
v. SBI will provide the collateral free credit support to the groups promoted by NGOs.
Background:
♦ This Agreement comes against the Ryuthu Bandhu scheme launched by the Telangana government in May under which Rs.4000 will be provided per acre to the farmers .
♦ However this scheme does not cover tenant farmers.
Telangana :
♦ Capital: Hyderabad.
♦ Chief Minister: K. Chandrasekhar Rao.
♦ Governor: E.S.L. Narasimhan.
♦ National Park: Mahavir Harina Vanasthali National Park, Kasu Brahmananda National Park, Mrugavani National Park, Kawal Wildlife Sanctuary.
Nickname: 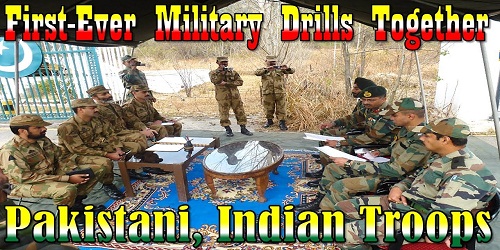 It will be for the first time since Independence that India and Pakistan will both be part of a military exercise
Objective:
Aim to expand cooperation among the member countries to deal with terrorism and extremism.
Key Points:
i. The name of the drill is : “Peace Mission”.
ii. The exercise is scheduled from August 20-29 at Chelyabinsk city in west-central Russia.
iii. From India 200 Army and Air Force personnel will participate.
iv. Other SCO member countries joining the exercise are: Russia, China, Kyrgyz Republic, Kazakhstan, Tajikistan and Uzbekistan.
About SCO:
♦ India and Pakistan has joined the organization as full time members from 2017.
♦ Number of Member Countries are: 8
♦ Headquarter: Beijing, China
♦ Founded: 26th April 1996.
♦ Secretary General: Rashid Alimov. Objective:
Aim to build scientific and technical knowledge through joint research.
Key Points:
i. The agreement covers collaboration in the following ways:

ii. The two institutes may also explore research and projects involving distance and computer-based learning.
About IIPE:
♦ Established : 2016
♦ Under the Ministry of Petroleum and Natural Gas
♦ Founded in: Andhra Pradesh
♦ Purpose: It offers undergraduate degrees in petroleum and chemical engineering and energy fields. Ishwar Sharma – British Indian of the Year:
i. Ishwar Sharma is 8 years old. He is an Indian-origin school kid. He is the under-11 UK national yoga champion.
ii. He has bagged various titles in individual and artistic yoga. He has won gold medal representing Great Britain at the World Student Games 2018 held in Winnipeg, Canada, in June 2018.
iii. He is studying at St Michaels Preparatory School in Kent. He was named British Indian of the Year in the Young Achiever category at the 6th annual awards ceremony held in Birmingham recently.
iv. He had also won a gold medal at the Euro Asian Yoga Championships in Turkey in May 2018.
Some important lakes in India:
♦ Agara Lake – Karnataka
♦ Bellandur Lake – Karnataka
♦ Byrasandra Lake – Karnataka

Kannada poet M.N. Vyasa Rao passes away
On 15th July 2018, Kannada poet and film lyricist M.N. Vyasa Rao died following a cardiac arrest at his home in Bengaluru.
Death of M.N. Vyasa Rao:
i. M.N. Vyasa Rao was 73 years old. He was a bank employee by profession.
ii. In 1975, he entered Kannada film industry as a lyricist in the film Shubhamangala.
iii. His other poems are also known as ‘bhaavageetes’ (light music). He was also a novelist.
iv. He had written various detective and literary novels and short stories in Kannada.
v. He had also received Karnataka Rajya Sahitya Academy award for his short story collection “Maleyalli Neneda Maragalu”. 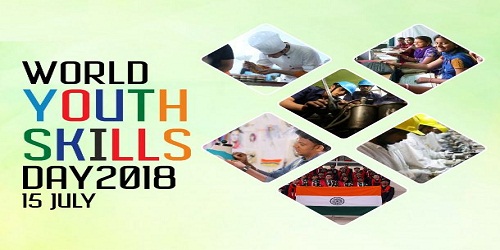 World Youth Skills Day:
i. The United Nations General Assembly declared 15 July as World Youth Skills Day to create awareness on the importance of investing in youth skills development.
ii. Youngsters are nearly three times more likely to be unemployed than adults. Women are more likely to be underemployed and under-paid, and to do part-time jobs or work under temporary contracts.
iii. Thus education and training are considered important determinants of success in the employment sector.
Some important lakes in India:
♦ Renuka Lake – Himachal Pradesh
♦ Rewalsar Lake – Himachal Pradesh
♦ Seruvalsar and Manimahesh Lake – Himachal Pradesh