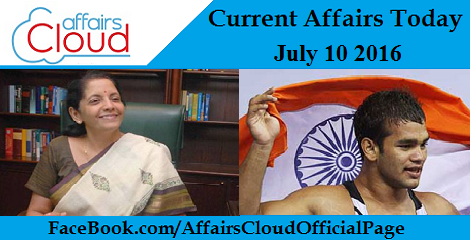 Meghalaya Governor launched the Pradhan Mantri Surakshit Matritva Abhiyan (PMSMA)
i. Meghalaya Governor V.Shanmuganathan inaugurated the launch of Pradhan Mantri Surakshit Matritva Abhiyan (PMSMA) in the East Khasi Hills District of Meghalaya at a programme organized by the office of the District Medical & Health Officer, East Khasi Hills District, under the aegis of the National Health Mission.
ii. Addressing the concern over the high Maternal Mortality Rate in the state of Meghalaya, the Governor in his speech called upon all stake holders including the government, social and religious organizations, youth bodies and the general public to come together to ensure safe and secure delivery of children.
iii. The Governor also impressed upon the pregnant women in attendance at the programme to visit hospitals and other health care institutions like PHCs, CHCs etc during the early stages of pregnancy in order to avoid complications during and after delivery.
iv. The inaugural programme was followed by a daylong Free Medical Camp for Pre-Natal and Post-Natal care which was availed by hundreds of women and children.
ABOUT PMSMA:
♦ PMSMA Scheme is a new initiative of the central government aimed at boosting the health care facilities for pregnant women especially the poor.
♦ The scheme provides that pregnant women would be given health check-up and required treatment for free on the 9th of every month in all government hospitals and health centers across India.
Meghalaya:
♦ Capital – Shillong
♦ CM – Mukul Sangma
♦ Governor – V. Shanmuganathan
♦ Ethnic People Group – Khasi, Garo

Auto Ingress sets up first assembly unit in Tamil Nadu
i. Auto Ingress, Manufacturing Company of automatic sensor doors has set up its first assembly unit at Chennai (Maraimalai Nagar) with an investment of about Rs 12 crore.
ii. The unit will assemble sliding, swing, revolving, telescopic, hermetic doors and gate accessories serving both residential and commercial segments, a company statement read.
iii. The unit, set up at SIPCOT Industrial Park, is spread across 20,000 square feet and will produce automatic sensor doors priced between Rs 50,000 and Rs 3 lakh per unit.
iv. With the assembly unit, the company expects to increase its revenue by 40 per cent as sales in India contribute 50 percent to its total pie. The company has set a sales target of 3,500 units over the next two years.
v. The factory will have an initial capacity of producing 4,000 units a year operating in a single shift, he said. The company plans to convert the factory into an automatic operator manufacturing plant in coming years.
Tamil Nadu
♦ Capital – Chennai
♦ CM – J. Jayalalitha
♦ Governor – Mr. Rossaiah

JK’s first Seed Processing Unit to come up in Kathua
i. In order to produce and procure high quality seeds for cultivation and generate employment in the state, A seed processing unit will be set up in Jammu & Kashmir to help farmers.
ii. The letter to effect this center has been issued by Union Agriculture Minister Radha Mohan Singh to set up the first-ever modern and exclusive seed processing unit in Jammu and Kashmir will be set up at Kathua.
iii. Kathua is an important nucleus center of his parliamentary constituency and in the last two years, it is credited for having been bestowed with several “firsts” in the state
iv. It will not only help the farmers here but even in neighboring states like Himachal Pradesh, will be able to procure high quality seed for cultivation  and this Unit will also generate employment avenues for the youth.
J&K:
♦ Capital – Srinagar (Summer) , Jammu (Winter)
♦ CM – Mehbooba Mufti
♦ Governor – N. N. Vohra

Nirmala Sitharaman led business delegation to Russia
India is the partner country for ‘INNOPROM 2016’, one of the largest annual international industrial trade fairs of Russia. Commerce and Industry Minister Nirmala Sitharaman will led a delegation which comprises of over 110 Indian companies that will showcase their engineering prowess at a trade fair in Russia.
The 4-day fair started from July 10 in Ekaterinburg.
Russia is the first country to have agreed to invest under the ‘Make in India’ umbrella in two key strategic sectors – nuclear and defence.
Apart from the 110 Indian companies, some states are also participating in the event. The states are:
♦ Maharashtra
♦ Gujarat
♦ Jharkhand
♦ Rajasthan
♦ Himachal Pradesh
♦ Andhra Pradesh
The Chief Ministers of Maharashtra, Andhra Pradesh and Rajasthan also led their respective state delegations.
India and Russia have set a goal of boosting bilateral trade to 30 billion dollars and mutual investment to 15 billion dollars by 2025.

US introduces bill to prevent Indian firms from hiring on H-1B, L1 visas
i. A legislation, has been introduced to reform H-1B and L-1 Visa in the House of Representatives by a bipartisan group of US lawmakers. The bill, if passed, will have huge effect on Indian firms.
ii. The bill if passed would prevent Indian companies from hiring IT professionals on H-1B and L1 visas that will prohibit firms from hiring H-1B employees on certain grounds.
iii. The ‘H-1B and L-1 Visa Reform Act of 2016’ introduced by Democratic Congressman Bill Pascrell from New Jersey and Republican Dana Rohrabacher from California.
iv. The bill likely to close loopholes in the H-1B and L-1 visa programs, reduce fraud and abuse, provide protections for American workers and visa holders.

NATO Summit 2016 concluded in Warsaw
i. American President Barack Obama announces stationing of forces to bolster eastern flank of Nato, one of four new battalions, at Warsaw meeting.
ii. Barack Obama has announced the deployment of 1,000 more US troops to Poland to bolster NATO’s eastern flank, as he said US-European solidarity would not be affected by Brexit.
iii. The US president made the announcement at a NATO summit in Warsaw that he described as the “most important moment” for the alliance since the end of the cold war.
iv. NATO’s Summit in Warsaw concluded on Saturday (9 July 2016), following two days of decisions to strengthen the Alliance’s deterrence and defence, and plans to project stability in the wider neighbourhood.
v. In the margins of the meeting, the Secretary General signed a Joint Declaration with the Presidents of the European Council and the European Commission, taking partnership between NATO and the European Union to an ambitious new level. The Declaration sets out areas where NATO and the EU will step up cooperation – including maritime security and countering hybrid threats.
About NATO:
♦ NATO – North Atlantic Treaty Organisation
♦ Establishment – April 4, 1949
♦ HQ – Brussels, Belgium. 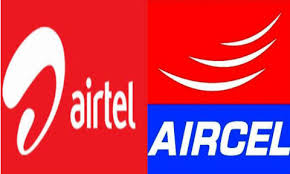 between service providers Bharti Airtel and Aircel.
ii. Airtel has entered into an agreement with Aircel to acquire rights to use 4G spectrum of Aircel in eight telecom circles for Rs.3,500 crore.
iii. These eight circles include Tamil Nadu, including Chennai, Bihar, Jammu and Kashmir, West Bengal, Assam, the North-East, Andhra Pradesh and Odisha.
iv. In a circle, no player can hold more than 25% of the total spectrum allocated in that particular service area.
v. For a telecom operating company, spectrum is the main asset. Maxis should not be allowed to sell spectrum and equity unless all the accused Ananda Krishnan and firm Maxis comply with summons issued by the 2G special court.

Ramesh Negi appointed as acting Chief Secretary of Delhi
i. The Delhi government appointed Ramesh Negi as the acting Chief Secretary in the absence of K. K. Sharma, who will remain on leave till July 25. To fill the office the idea has been mooted by the government.
ii. Negi, who is Principal Secretary in Urban Development Department and is retiring this month end, has been given the charge.
iii. Negi has been specified the charge after getting the clearance of Lieutenant Governor Najeeb. i. Sanjay Gupta has been appointed as the Chairman and Managing Director of Konkan Railway Corporation Limited (KRCL). He is the youngest ever CMD of KRCL.
ii. Gupta had been officiating as the CMD since November 24, 2015, after the retirement of B P Tayal.
iii. He was from the Indian Railway Services of Mechanical Engineering (IRSME) and worked as the Director (operations and commercial) from September 30, 2013.
iv. Prior to his new appointment he was Director (operations and commercial) of Konkan Railway, he also worked as chief mechanical engineer of Konkan Railway.

Spanish train Talgo train clocks 120 kmph during Mathura-Palwal trial
i. Spanish made train Talgo commenced its second phase trial from Mathura at a speed of 120 km per hour.
ii. The train fitted with nine coaches covered 84 km distance in about 53 minutes. The trial between Mathura and Palwal will go on for 25 days and the speed will go up to 180 kmph this time.
iii. The prime mover of the train i.e  pulled by a 4,500 HP diesel engine, Talgo coaches are lightweight and designed in a way that it can run on curves without decelerating the speed.
iv. Besides reducing travel time, Talgo’s lighter trains consume 30 per cent less energy.

China Navy Conducts Combat Drill in the South China Sea
i. The Chinese navy conducted combat drills near its southern island province of Hainan and the Paracel islands in the South China Sea on July 9
ii. The drills come ahead of a July 12 ruling by the Hague-based Permanent Court of Arbitration on a case brought by the Philippines disputing several of China‘s territory claims in the South China Sea.
iii. China claims nearly all the South China Sea, but its claims overlap in part with those of Brunei, Malaysia, the Philippines, Taiwan and Vietnam.
iv. Ships from China’s northern, eastern and southern fleets participated in July 8 drills, which focused on air control, surface operations and anti-submarine warfare, among other training exercises.
About China
♦ Capital – Beijing
♦ Currency – Renminbi
♦ President – Xi Jinping 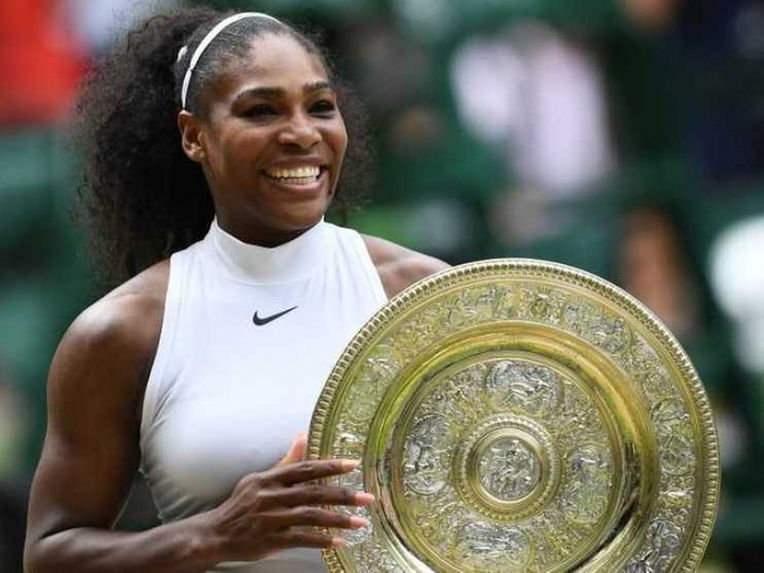 i. Serena Williams won a historic 22nd Grand Slam title defeating German professional tennis player Angelique Kerber by 7-5, 6-3 in the Wimbledon held at London.
ii. Serena employed first strike tennis going for the big serves and groundstroke winners early. Williams ended up winning the shorter rallies 51-33. While Kerber did better as the rallies went longer winning the rally exchange 5 shots and over 27-21.
iii. It was William’s seventh Wimbledon title, she also promised to linger for longer than most.

Women’s hockey captain Ritu Rani dropped from Olympics Squad
i. Indian women’s hockey team captain Ritu Rani has been dropped from the Rio Olympics squad owing to lack of performance and attitude problems a senior member of the team management confirmed has left the ongoing national camp in Bangalore.
ii. It is believed that in her absence, the leadership role could fall on another senior player Rani Rampal. However the final squad of 16 is to be picked in three days’ time.
iii. Under the Haryana hailed skipper the Indian women’s team qualified for the Olympics for the first time in 36 years since 1980.

bronze medals in 74kg and 57kg respectively at the Spanish Grand Prix Wrestling championship held in Madrid.
ii. In the 74kg category, Livan Lopez of Cuba and Zelimkhan Khadjiev of France won the gold and silver medal respectively.
iii. However in the 57kg category, Erdenebat Bekhbayar of Mongolia won the gold and Darthe Capellan of Canada and Levan Metreveli of Spain won the bronze medals.