Maharashtra, Tata Power to ink pact for 1,000 MW for Mumbai
i. Maharashtra government is mulling to sign a memorandum of understanding (MoU) with Tata Power for obtaining 1,000 MW from the upcoming Dherand Thermal Project.
ii. Power major Tata Power is constructing a 1,600 MW power plant at Dherand in Raigad district.
iii. Due to advancements in the Mumbai city by 2019 Mumbai would be facing a power shortage of 3,000 MW to meet the need it would help the state substantially.
iv. India’s largest integrated power company Tata Power together with its subsidiaries and jointly controlled entities has an installed gross generation capacity of 9184 MW and a presence in all the segments of the power sector.

i. Indian Students Scientist team named Screwdrivers comprising 13 students, including four girls, has won the team spirit award in NASA’s prestigious global competition to build and design remotely operated vehicles from scratch.
ii. The team is from Mukesh Patel School of Technology Management, Mumbai, won “Aloha Team Spirit” award at the Mate International ROV Competition at the NASA Johnson Space Center, Neutral Buoyancy Lab.
iii.The award is given to the team that shows enthusiasm, exemplary communication within the team, helps and interacts with other team’s best and has the best team jersey.

India-born Rajesh Agrawal appointed London’s Deputy Mayor
i. London’s first Muslim Mayor Sadiq Khan has appointed India-born Rajesh Agrawal as the deputy mayor for business.
ii. Khan and Agrawal will work for championing London’s interests following the exit of Britain after the EU referendum, and protecting jobs and growth while the negotiation process for exit takes place.
iii. He received bachelor’s degree in finance and marketing and an MBA in IT and marketing and penned a book named Favourite business book: What They Don’t Teach You at Harvard Business School. Cricket Council’s cricket committee, where he was a media representative for six years.
ii. The chairman of ICC Cricket Committee is current Team India coach Anil Kumble, who pipped Ravi to the job after getting nod from Cricket Advisory Committee.
iii. The former cricketer had also skipped the committee’s meeting at Lord’s because of his media commitments.

First squadron of LCA Tejas inducted into Indian Air Force
i. The first squadron of indigenously designed and manufactured Light Combat Aircraft (LCA) Tejas was inducted into Indian Air Force (IAF).
ii. The Tejas is a fourth-generation one which is lightweight, multi-role supersonic single-engine aircraft designed and developed by the Aeronautical Development Agency (ADA) jointly with India’s largest defence PSU, Hindustan Aeronautics Limited (HAL) in Bengaluru.
iii. The first squadron of LCA Tejas has been named Flying Daggers which will have base in Sulur, Tamil Nadu. It will have total 20 aircrafts, including 4 trainers.
iv. Tejas aircraft has a limited reach of a little over 400-km that will be used for close air-to-ground operations.

Indian Navy launches water jet craft in Kolkata
i. The Indian Navy launched the last of the series of the Water Jet Fast Attack Craft (WJFAC) ship at a ceremony in Kolkata.
ii. The Water Jet vessel was launched in the waters by wife of chief of logistics, Vice-Admiral Jayant Korde, at Raja Bagan dockyard to build small ships.
iii. The fighter jet is capable of attack missions and is also used against smuggling and poaching activities. Water Jet FAC (Fast Attack Craft) 49-meter long vessel weighs 315 tons and is designed to reach a maximum speed of 35 knots.
iv. The ship Tarasa is named after an island in the Andaman and Nicobar archipelago. 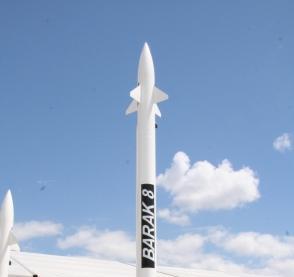 i. India successfully blasted off twice a medium-range surface-to-air ballistic missile, developed in collaboration with Israel, from launch pad 3 of the Integrated Test Range (ITR) at Chandipur-on-sea in Balasore district off the coast of Odisha.
ii. The missile has a strike range of 70 km, is designed to defend against any airborne threat, apart from aircraft and helicopters, and can also intercept supersonic aircraft and missiles.
iii. The missile has made by India’s Defence Research and Development Organisation (DRDO), Israel Aerospace Industries and Israel’s Administration for the Development of Weapons and Technological Infrastructure.

China launches second Shijian-16 series satellite
i. China launched its second Shijian-16 series satellite for space research and experiments that was carried by a Long March-4B rocket from the Jiuquan Satellite Launch Center in China. The first Chinese satellite, Shijian-16 was launched in 2013.
ii. The second series satellite will be used for space environment measurements and technology testing.
iii. It will monitor the space environment, radiation and its effects and also record space physical environment constraints and conduct other related space experiments.
China:
♦ Capital: Beijing
♦ Currency: Renminbi
♦ President: Xi Jinping

Nirmala qualifies for Rio Olympics in 400m
i. Nirmala Sheoran in the women’s 400 metres category has just clocked 51:48

seconds at the 56th National Inter State Senior Athletics Championships at Hyderabad’s G.M.C. Balayogi Stadium
ii. This stadium become the first Indian female sprinter to make the cut for Rio Olympics 2016 in this event.
iii. The Haryana hailed sprinter has thus beaten the qualification mark of 52:20 seconds for Rio by a fair margin on Day 4 of the meet organised by the Telengana Athletics Association.

Saina moves up to fifth, Jwala-Ashwini slip four places
i. Indian shuttler Saina Nehwal progressed up one place to occupy the fifth spot while P V Sindhu remained unchanged at 10th in the latest Badminton World Federation Rankings.
ii. Saina swapped places with Japan’s Nozomi Okuhara, who now occupies the sixth spot in the women’s singles list headed by Spain’s Carolina Marin.
iii. On the other hand in the men’s singles rankings, Srikanth Kidambi, Ajay Jayaram and H S Prannoy were unchanged at 11th, 24th and 28th respectively.
iv. In the women’s doubles category Jwala Gutta and Ashwini Ponappa glided four places to be at 20th spot.
v. However their counterparts Manu Attri and B Sumeeth Reddy also came down two places to occupy 23rd spot while the young pair of Pranaav Jerry Chopra and Akshay Dewalkar moved up one spot to be at 29th.

Renowned Marathi literary scholar R C Dhere no more
i. Well-known Marathi writer R C Dhere, who was recognized for his exhaustive research in folk literature and bhakti tradition of Maharashtra, passed away after prolonged illness in Pune. He was 86.
ii. He has bagged the Sahitya Academy Award in 1987 for his book Sri Vitthal- A Mahasamanvayak (Lord Vitthal- A great coordinator).
iii. Dhere’s works that won acclaim included Muslim Marathi Saint Poets, Dakshinecha Lokdev Khandoba, History of Nath Sampraday and Sri Venkateshwara.
iv. He wrote more than 100 scholarly books on Marathi folk literature and culture, Marathi literature, religious sects in Maharashtra, and lives of saint poets.

Writer and futurist Alvin Toffler dies
i. Famous Author Alvin Toffler passed away in Los Angeles, United States. He was 87 year old.
ii. Toffler co-wrote many books with his largely uncredited wife, Heidi, who survives him and also authored Future Shock that outlines people’s anxiety at the pace of social change in the 1960s.
iii. He was known for his works discussing modern technologies and his works included the digital revolution and the communication revolution with emphasis on their effects on cultures worldwide. 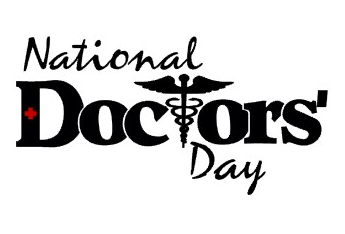 contributions of physicians to individual lives and communities.
ii. The day also fulfills a need to show the doctors in our lives how important they are to us and how invaluable their treatments are that cure.
iii. The first Doctors’ Day observance was May 9th, 1933, in Georgia. Conversely, in India, first Doctors’ Day was celebrated in 1991.
iv. Across the India the day is witnessed to provide honor to the most famous and legendary physician as well as 2nd Chief Minister of the West Bengal, Dr. Bidhan Chandra Roy.