All India Conference of Waqf Boards held in New Delhi
The All India Conference of Chairpersons and Chief Executive Officers of states and union territories’ Waqf Boards has been inaugurated by Minister of State for Minority Affairs Mukhtar Abbas Naqvi on December 7, 2017 in New Delhi
Discussion related to
i. To review of progress under the schemes relating to grant of financial assistance for computerisation of waqf properties
ii. To strengthening of waqf boards and development of waqf properties by the National Waqf Development Corporation Ltd.
Waqf Boards:
♦ Central Wakf Council is an Indian statutory body established in 1964 by the Government of India under Wakf Act, 1954  for the purpose of advising it on matters pertaining to working of the State Wakf Boards and proper administration of the Wakfs in the country. 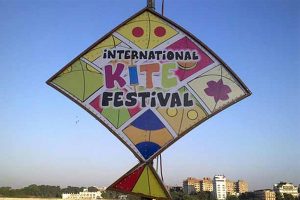 CM Vijay Rupani at the Sabarmati riverfront, Ahmedabad on January 8, 2017
ii. International Kite festival includes a theme pavilion based on ‘Tourist Destinations of Gujarat’, kite workshop, adventure games for kids, craft stalls to display the local art and food stalls with local delicacies for the visitors.
iii. Nearly 186 kite fliers, which includes 51 from 8 different states and more than 100 kite fliers from more than 31 countries, will participate in this festival.

Maharashtra launched India’s first 24×7 helpline for forests
i. India’s first state-wide call centre facility the Maharashtra forest department launched by Maharashtra state Forest Minister forest minister Sudhir Mungantiwar at Goregaon in Mumbai on January 6, 2017
ii. State government soon will launch  24×7 toll free number 1926 to complaints or get information about a variety of issues related to forests and wildlife.
iii. The forest department selected SAAR IT Solutions Pvt Ltd in for this helpline service till August 2017.
iv. The call centre would circulate the query within the network and try to respond with a feedback within a minimum of 48 hours and maximum of four days.

China to set up worlds highest altitude telescopes in Tibet
The world’s highest altitude gravitational wave telescopes which is located 5,250 meters above sea level to come up in Roof of the World or Tibet by China with an investment of USD 18.8 million. It is expected to be operational by 2021.
About the Telescope :
i. The installation of the telescope’s main structure consist of a 4,450-panel reflector as large as 30 football pitches was built at unique valley in Guizhou Province.
ii.This telescope will be used to detect faintest echoes resonating from universe which may reveal more about the Big Bang theory.
iii. Construction has started for the first telescope named Ngari No 1, 30 km south of Shiquanhe Town in Ngari Prefecture
iv. The second phase involves a series of telescopes, code-named Ngari No 2, to be located about 6,000 meters above sea level.
Big Bang theory:
The big bang theory is defined as the theory that the universe may have been created in a huge explosion at least 12 billion years ago or is a successful comedy series created by Chuck Lorre in 2007 about four geeky scientists and a waitress neighbour. 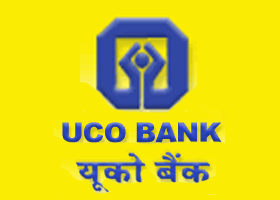 iii. The prepaid card offers the flexibility to load/ reload amount as and when required and is targeted at corporates, government departments, institutions and other organisations.
UCO Bank :
♦ Headquarters: Kolkata
♦ Tagline: Honors Your Trust
♦ Founded: January 6, 1943 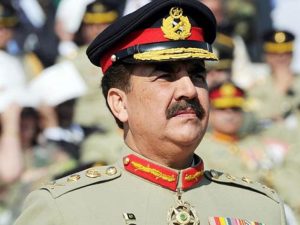 Government on January 6, 2017.
ii. Raheel was retired as the army chief in November 2016. He was the IMA’s first Commander-in-Chief.
About Islamic Military Alliance :
♦ The Islamic Military Alliance (IMA) or  Islamic Military Alliance to Fight Terrorism (IMAFT)  is an intergovernmental military alliance of multiple Muslim Countries, united around military intervention against ISIL and other counter-terrorist activities.
♦ When the coaltion was announced there were 34 members by March 2016 this had risen to 39.
♦ The IMA is based at a joint command center in Riyadh, Saudi Arabia.

Rudisha named International Ambassador of Stanchart Mumbai
i. 28-year-old Kenyan middle-distance runner David Rudisha has been named as the international event Ambassador of the 14th edition of the Mumbai Marathon which is scheduled to be held on January 15 in Mumbai
ii. David retained his Olympic 800m title at the Rio 2016 Olympic Games with a run of 1:42.15, the fastest time in the world.
iii. He was the 2010 IAAF World Athlete of the Year and for three consecutive years, between 2010 and 2012 was the Track & Field News Athlete of the Year. 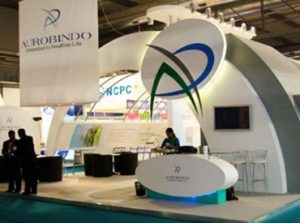 an agreement to acquire Portugal’s Generis Farmaceutica SA from Magnum Capital Partners for a consideration of 135 million euros.
ii. The acquisition of Generis would help to focus on growth initiatives in European markets and will be a a key driver of growth for the future.
iii. The acquisition deal includes the Generis’s manufacturing facility in Amadora, Portugal which has a capacity to produce 1.2 billion tablets/capsules/sachets annually.
iv. Now Aurobindo will now have a portfolio of 271 products in the European nation.

HC okays merger of 2 subsidiaries with PVR Ltd: BSE, NSE
i. PVR Ltd has informed Bombay Stock Exchange and the National Stock Exchange of India that the Delhi High Court has approved merger of two of its subsidiary companies with it, effective from April 1, 2015.
ii. Justice Siddharth Mridul approved the scheme of amalgamation under which PVR Leisure Ltd which owns and operates in-mall entertainment, gaming and food joints — and Lettuce Entertain You Ltd engaged in the business of operating and maintaining restaurants, food and beverage items would merge with PVR Ltd, their parent company.
iii. In its order approving the merger, the high court has said that all the property, rights and powers of the two transferor companies PVR Leisure and Lettuce shall be transferred to PVR Ltd, the transferee company.

discovered two of the most powerful phenomena in the universe – a supermassive black hole and the collision of giant galaxy clusters about two billion light years from Earth.
ii. The two phenomenon have combined to create a stupendous cosmic particle accelerator, researchers said.
iii. By combining data from NASA’s Chandra X-ray Observatory, the Giant Metrewave Radio Telescope (GMRT) in Pune and other telescopes, researchers found what happens when matter ejected by a giant black hole is swept up in the merger of two enormous galaxy clusters.
iv. This cosmic double whammy is found in a pair of colliding galaxy clusters called Abell 3411 and Abell 3412 located about two billion light years from Earth.
v. The two clusters are both very massive, each weighing about a quadrillion – or a million billion times the mass of the Sun.

US authorities recover three species from ‘endangered’ list
i. According to a US wildlife conservation agency, long-nosed bat and gypsum wild buckwheat  and Kuenzler hedgehog cactus are removed from the list of endangered species.
ii. The bat, buckwheat and cactus are all found in the Southwest, a hotspot of biodiversity and a locus for habitat protection and other measures undertaken under the US Endangered Species Act for a host of species.
iii. 32 species have fully or partially recovered while another 12 have been proposed as recovered.
iv. 11 species were found to have recovered in 2016, including a Texas plant four subspecies of island foxes from the Channel Islands, two humpback whale populations, Kentucky’s white-haired goldenrod, Santa Cruz cypress and Columbian white-tailed deer.
v. Four species were proposed for downlisting or delisting, including black-capped vireos, Yellowstone grizzly bears, Florida manatees and Texas’ Tobusch fishhook cactus.
vi. This year a California plant, the Hidden Lake bluecurls, was also found to be recovered and proposed for delisting. 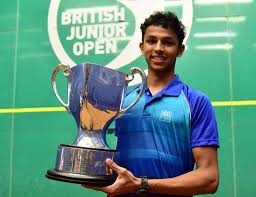 Raghavan finished third. Raghavan came back from two games down to upset the second seed Youssef Ibrahim of Egypt, 6-11, 6-11, 11-7, 11-7, 11-7 in 33 minutes in the bronze medal play-off.
iii. In the 91-year history of this event, considered the world’s second most prestigious junior tournament after the World Championships, this was the first time two Indians faced off in a summit clash.
iv. An elated national coach Cyrus Poncha commented, “This is the biggest thing that has happened to Indian Squash at the junior level! The British Open is the ‘Wimbledon’ of Squash and in this 2017 edition, India had 3 players finishing 1st, 2nd & 3rd in the boys under 19 category.“It was in the 1970s that Anil Nair won this event first for India and in more recent times our current National Champion Saurav Ghosal did it in 2004.”

Former Bengal minister Saral Deb dead
i. Veteran All India Forward Bloc leader and former West Bengal minister Saral Deb passed away .He was 82. Saral was the state Library Minister from 1977 to 1982 and held the Cooperative portfolio from 1982 to 1987.
ii. He was a six-time state legislator, winning from Barasat constituency of North 24 Parganas district.
iii. Born in Khulna district (now in Bangladesh), Deb was a brilliant student and joined the party while studying at the Scottish Church College.
iv. He was the front runner to organise cooperative movement in the state. Deb initiated several agricultural programme with Nabard in the state. 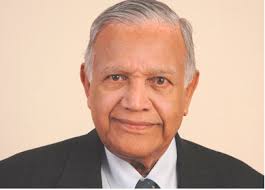 Lanka. He was 90.
ii. Weeramantry has began his judicial career in the 1950s, served as a senior judge of the Supreme Court from 1965.
iii. Later he moved to Australia where he was appointed as the prestigious Sir Hayden Stark Professor at Law at Monash University.
iv. He was the first Sri Lankan to be appointed to the International Court of Justice (ICJ) in The Hague
v. He set up the Colombo-based Weeramantry Centre for International Peace .

Mario Soares, Portugal’s former president and PM, dies at 92
Mario Soares, a former prime minister and president of Portugal who helped steer his country toward democracy after a 1974 military coup and grew into a global statesman through his work with the Socialist International movement, has died. He was 92.