We are here for you to provide the important current affairs February 6 2018 which have unique updates of all daily events from all newspapers such as The Hindu, The Economic Times, PIB, Times of India, India Today, Indian Express, Business Standard, all Government official websites. Our complete current affairs helps you to get more marks in Banking, insurance, UPSC, SSC, CLAT, Railway and all other competitive Exams. 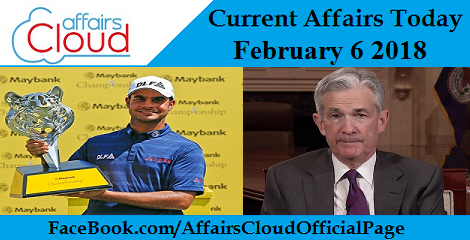 Govt body sets up mechanism for tech transfer to small-scale industries
Union Science and Technology Minister, Harsh Vardhan has stated that Government has set up a mechanism in the Council of Scientific and Industrial Research (CSIR) for regular interface with small-scale industry (SSI) for transfer of technologies from CSIR laboratories to industries.
Information about mechanism for tech transfer to small-scale industries:
i. A nodal officer has been appointed in CSIR, tasked with the responsibility to coordinate with the small-scale industry and the CSIR labs for appropriate technology required by them.
ii. This decision has been taken in response to concerns raised by leaders of Laghu Udyog Bharati that there was a “disconnect between CSIR and the small-scale industries and it should be addressed”.
iii. SSI sector holds lot of significance within Indian economy, as it is the largest employment provider, next to agriculture and contributes almost 40% of the gross industrial value.
Quick Facts about Laghu Udyog Bharati:
♦ Functioning since – 1994
♦ Type – Registered all India organization of Micro and Small Industries
♦ Membership – Spread across more than 400 District of India 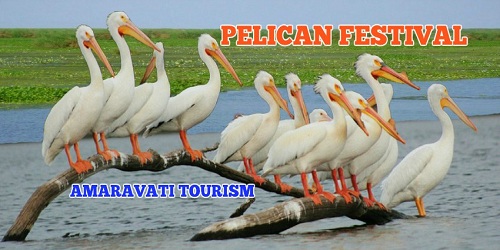 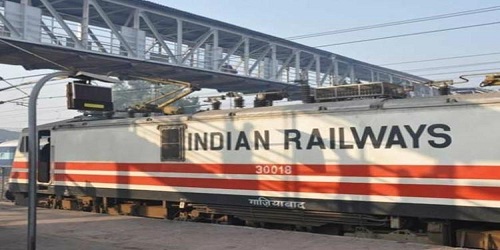 Indian Railways – General Conditions of Contract for Services:
i. GCC for services defines terms & conditions for contractors engaged in service contracts for non-operational areas such as Facilities Management, Housekeeping, Consultancy etc.
ii. Under the new policy of GCC for Services,  concepts of Digital Labour Management System and stepped Performance Guarantee in place of Security Deposit, have been introduced for the first time.
iii. As per digital management labour system, a contractor has to compulsorily maintain a data base of all workers including their attendance data and salary details.
iv. The concept of stepped performance guarantee (which replaces Security Deposit) reduces the financial burden on the contractor. However it emphasises service delivery by having a provision of confiscation of part performance guarantee in case of unsatisfactory output.
v. Above stated measures have been recommended by a committee of Executive Directors of Railway Board, that was formed for ushering simplification and improvement of service contracts with an aim to improve the quality of services and service contract management.

India FY2019 fiscal deficit to come in at 3.5% of GDP: Report
According to the report by BMI Research, India’s fiscal deficit in financial year 2018-19 is expected to come in at 3.5 per cent of Gross Domestic Product (GDP).
Fiscal Deficit forecast for 2018-19 by BMI Research:
i. Situation wherein, a government’s total expenditures exceeds the revenue that it generates is referred to as fiscal deficit.
ii. BMI’s projection is higher than Government’s fiscal deficit target of 3.3 per cent of GDP, announced in Union Budget 2018.
iii. BMI has justified its projection by highlighting that as per overall expenditure quantum announced in Union Budget 2018, Indian Government looks keen to promote economic growth during 2018-19, which may reduce its pace of fiscal consolidation.
Quick Facts about BMI Research:
♦ Founded in – 1984 as Business Monitor International
♦ Provides – Macroeconomic, industry and financial market analysis covering 200 countries
♦ Has Presence in – London (UK), New York (US), Singapore, Dubai (UAE) and Pretoria (South Africa)
♦ Parent Organisation – Fitch Group 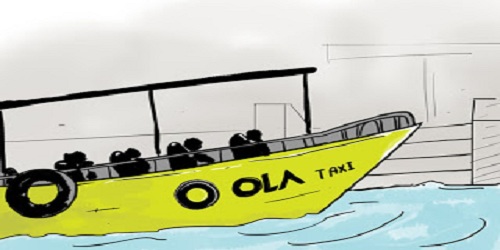 Details about Assam Govt. – Ola MoU:
i. In context of this news, River Taxi refers to machine-operated boats.
ii. The machine operated boats are faster and are considered safer than conventional boats.
iii. As per the MoU, Ola will pilot rivers taxis from Lachit Ghat and Machkhowa in Guwahati to North Guwahati across the river.
iv. River taxis will reduce commuting time between these points to two to five minutes as compared to 45 minutes by road.
Quick Facts about Ola:
♦ Founded in – 2010
♦ Headquarters – Bengaluru, Karnataka

Nepali tea receives int’l trademark after 154-year cultivation
Nepalese tea has finally received its own brand logo or trademark in the international market after 154-year long cultivation.
Brand Logo/Trademark of Nepali Tea:
i. The logo has been developed and registered by National Tea and Coffee Development Board under Nepal’s Ministry of Agricultural Development.
ii. The trademark has an image of mountains with “Nepal Tea: Quality from the Himalayas” written below it. It will be formally unveiled during the 3rd International Tea Festival in Nepal in March 2018.
iii. Nepali tea producers, who were so far using respective companies names or logos for exporting tea, would now sell the tea in international market with a common logo, representing their national identity.
iv. Tea cultivation is spread across 27688 hectares of land in 44 districts of Nepal. It has been exporting tea to various countries including India.
Quick Facts about Nepal:
♦ Capital – Kathmandu
♦ Currency – Nepalese Rupee
♦ Current Prime Minister – Sher Bahadur Deuba
♦ Neighbouring Countries – India and China More Information about Google’s ‘#SecurityCheckKiya’ campaign:
i. On account of easy access to internet, large number of first time Internet users have now come online.
ii. These users typically lack technical alertness to safeguard themselves in online environment and are thus vulnerable to bad actors and abuse on the web.
iii. Google has made related information available on its homepage and is encouraging users to take the first step of Security Check on Safer Internet Day (February 6).
iv. Users have been advised to use “Google Security”, “Google Play protect” and “Find My Device” app in order to ensure basic level security for their accounts and mobile devices.
Quick Facts about Google:
♦ Founded in – 1998
♦ Headquarters – California, US
♦ Current CEO – Sundar Pichai
♦ Parent Organisation – Alphabet Inc. 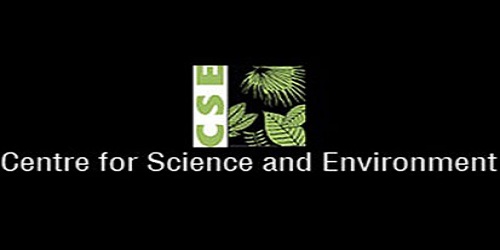 CSE ranked Top Environment Policy Think Tank in India:
i. The ranking was done by The Think Tanks and Civil Societies Program (TTCSP) of the Lauder Institute at the University of Pennsylvania.
ii. In the world level, Centre for Science and Environment (CSE) has obtained 16th position. It has improved 2 positions compared to last year.
iii. A research is conducted by TTCSP to study the role played by policy institutes in governments and civil societies.
iv. CSE has ranked 2nd in India and 38th in world-level in the ‘Energy and Resource Policy Think Tanks’ category.
v. CSE has ranked 6th in India and 123rd in the world-level in the ‘Best Independent Think Tanks’ category.
About Centre for Science and Environment (CSE):
♦ Sunita Narain – Director General
♦ Location – New Delhi 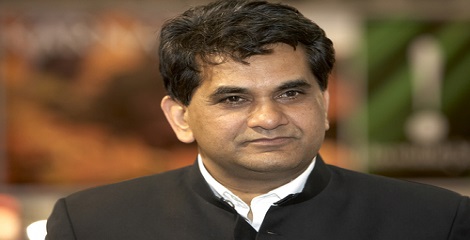 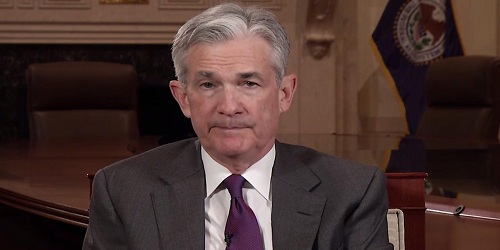 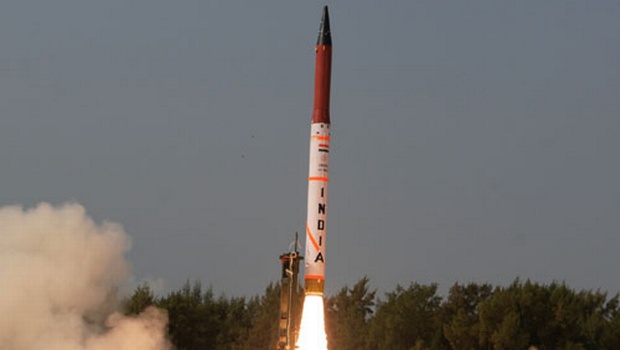 About Agni-I missile test:
i. The test involved 18th version of Agni-I and was conducted by the Strategic Forces Command (SFC) of Indian Army with logistic support from the Defence Research and Development Organisation (DRDO) for a range of about 900 km.
ii. The test was conducted from launch pad-4 of the Integrated Test Range (ITR) at Abdul Kalam Island in Balasore, Odisha and achieved all parameters within the stipulated time period.
iii. Agni-I which was inducted into service in 2004 is a single stage, surface-to-surface short range ballistic missile (SRBM), powered by solid propellants. It is 15-metres-long and weighs 12 tonnes.
iv. Initially, Agni-I had a strike range is 700 km. It is capable of carrying conventional as well as nuclear payload up to 1000 kg.
v. Agni-I’s last trial was successfully conducted on November 22, 2016 from the same place. 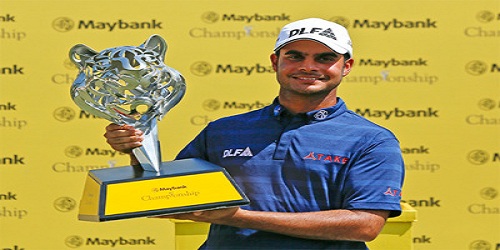 Golfer Shubhankar’s Accomplishments:
i. Standing at 72nd position in OWGR, Shubhankar is now the highest-ranked Indian in the world surpassing Olympian Anirban Lahiri, who is currently placed 76th.
ii. Shubhankar’s meteoric rise started in December 2017, with his first European Tour win at the Joburg Open.
iii. Joburg Open win catapulted him from 462 to 226. His ranking further improved on account of second European Tour triumph at the Maybank Championship in Malaysia on February 4, 2018.
iv. His last victory placed him in exclusive club of Indians who have achieved two wins in the same European Tour season. Jeev Milkha Singh accomplished this feat in 2006 while Anirban Lahiri did it in 2015.
Five Indian Golfers in OWGR top-200:

London to host new World Cup Event
On 5th February 2018, British Athletics announced that, London will host a new World Cup at the London Stadium on 14th and 15thJuly 2018.
London to host new World Cup Event:
i. The following 8 countries will participate in the new World Cup: Britain, the United States, Poland, China, Germany, France, Jamaica and South Africa.
ii. One male and one female athlete from each country will be selected for every field event and each track race up to 1500 metres.
iii. Total prize money for the event is fixed at $2 million. It will be conducted as a two day event.
About International Association of Athletics Federations (IAAF):
♦ Headquarters – Monaco
♦ President – Sebastian Coe 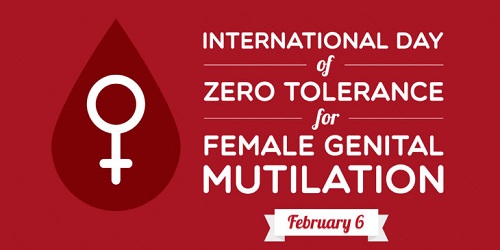 International Day of Zero Tolerance to Female Genital Mutilation:
i. Female genital mutilation (FGM) means removing or injuring the female genitalia for non-medical reasons. This practice is considered as a violation of girls’ and women’s rights all over the world.
ii. UNFPA (United Nations Population Fund) and UNICEF (United Nations Children’s Fund) are organizing a world-level programme to eliminate FGM. Its main focus is on 17 African countries.
iii. Nearly 200 million girls and women living at present have undergone FGM. It is mainly practiced in 29 countries in Africa and the Middle East. It is also followed in certain countries of Asia and Latin America.
About UNFPA (United Nations Population Fund):
♦ Executive Director – Dr. Natalia Kanem
♦ Established – 1969
♦ Headquarters – New York City, United States